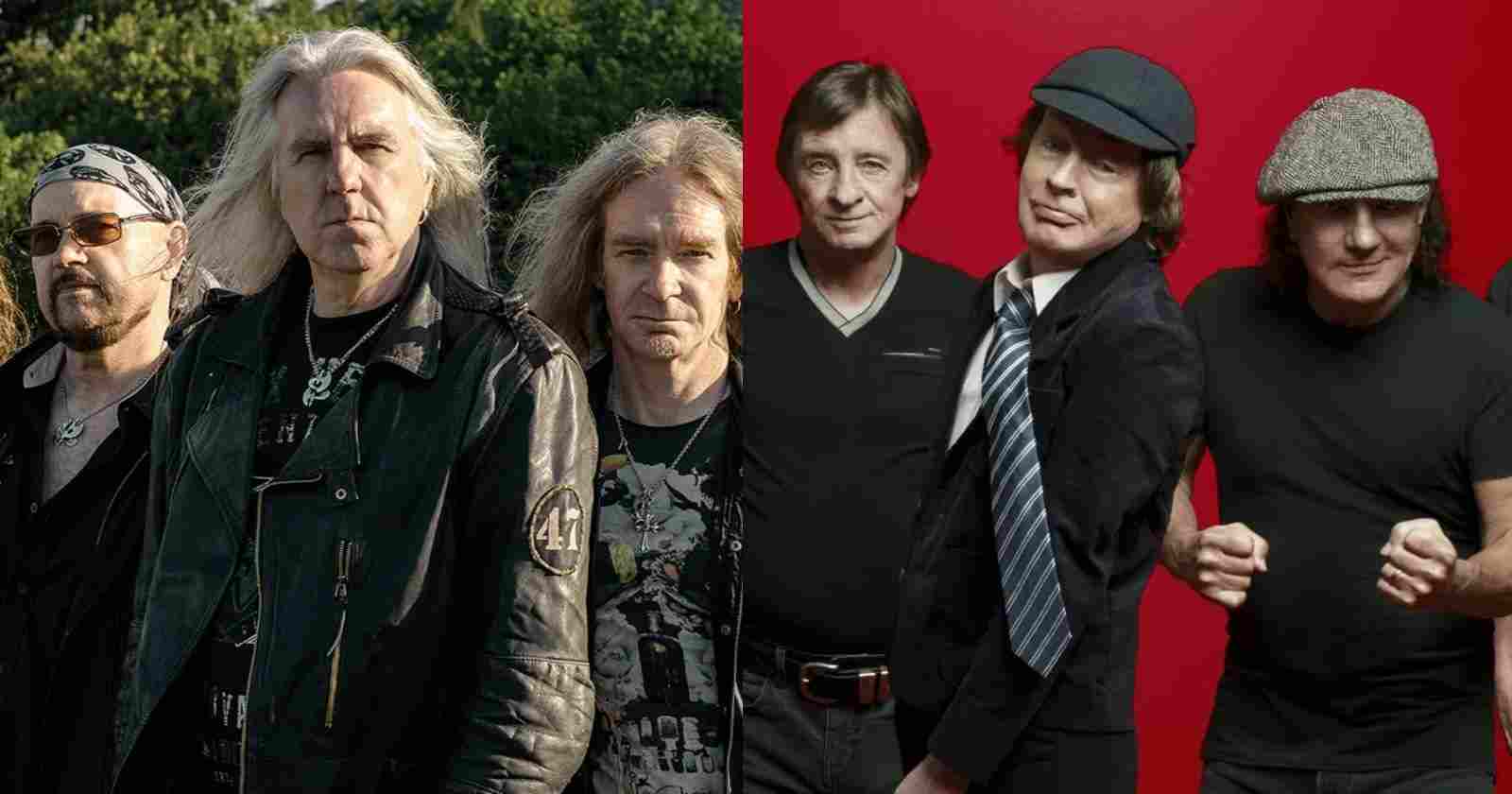 Saxon singer Biff Byford talked in an interview with Sonic Perspectives about the song, saying: “Someone either gave me [AC/DC’s] first album or I stole it back in the ’70s”. The thing with AC/DC is that they are groove monsters. Their songs are all about feel. You have to get the groove right. You have to get the guitar sound right. I have two guitars, a 1965 SG Junior and a 1974 SG. [SAXON guitarists] Paul [Quinn] and Doug [Scarratt] used those two guitars, so we got that AC/DC Gibson sound.”

“I think we cracked it open a little louder than AC/DC. [Laughs] During the ‘Dirty Deeds’ album and tour, they played near Sheffield, where we used to live. I told the boys that we have to go and see this band. It must have been around 1976 or something. They played ‘Problem Child’, and when I thought about doing this ‘Inspirations’ album, I thought it was important to add that song because I heard it so many years ago.”