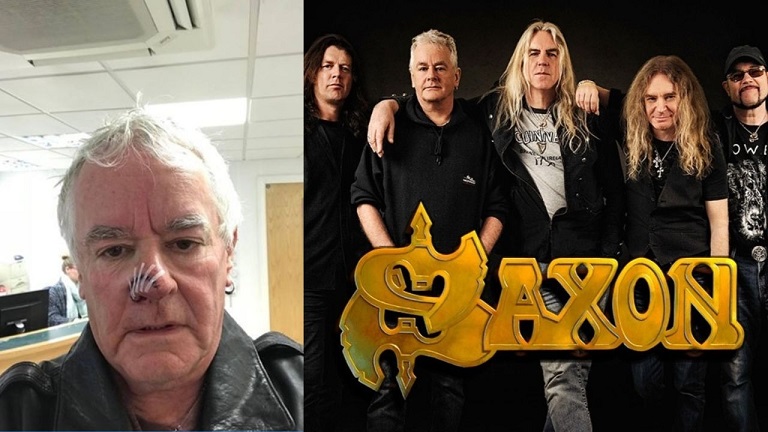 Nigel Glocker, Saxon drummer, was bitten by a dog and almost lost part of his nose. The drummer posted yesterday a photo showing the stitches, but reassuring the fans. Fortunately, despite the fright and pain you must have felt, he is ok.

“I was at the pub last night, petting a dog when it decided it did not like my face and took off half my nose. I’ve had over 100 stitches inside and out of the nose and it’s been reattached.

Gina says between this and the scar on my scalp I should change my name to FrankenNigel.

The good news is no problems for the upcoming shows – see you soon!”