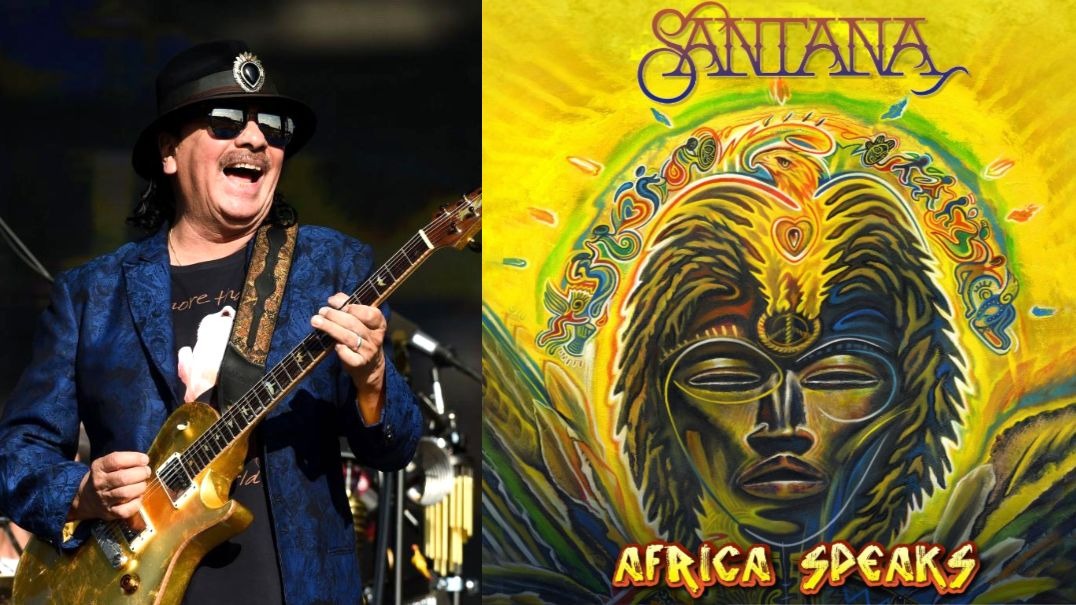 The legendary Mexican guitarist Carlos Santana will release a new album called “Africa Speaks” on June 7. The record was produced by Rick Rubin at his Shangri La Studios in Malibu and was “inspired by the melodies, sounds, and rhythms of Africa.” The sessions were described as a “joyous and stimulating 10-day period,” with many of the tracks requiring only a single take.

The vocal duties were handled by Buika, a three-time Latin Grammy winner from Mallorca.

Carlos Santana About this soundaudio (help·info) (born July 20, 1947) is a Mexican and American musician who first became famous in the late 1960s and early 1970s with his band, Santana, which pioneered a fusion of rock and Latin American jazz.

The band’s sound featured his melodic, blues-based guitar lines set against Latin and African rhythms featuring percussion instruments such as timbales and congas not generally heard in rock music. Santana continued to work in these forms over the following decades.