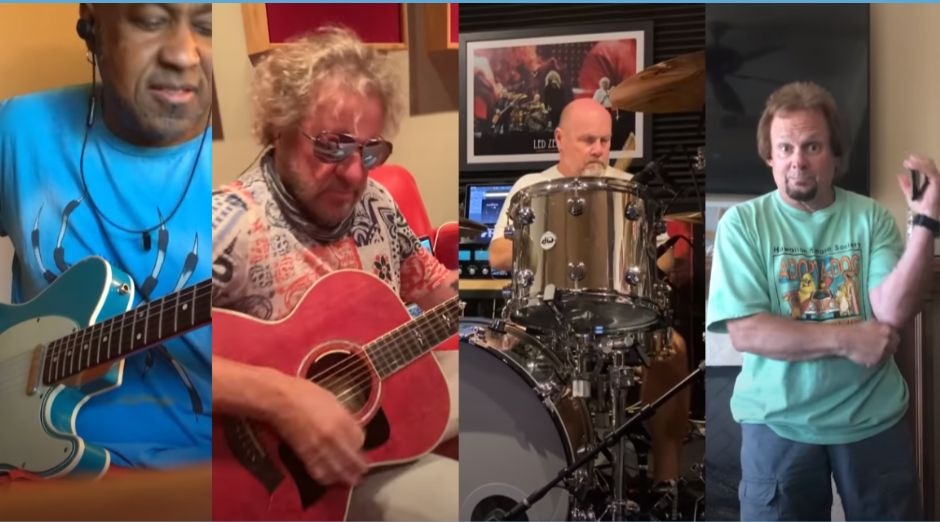 Sammy Hagar & The Circle, band composed by the Red Rocker (Sammy), Michael Anthony (Bass), Vic Johnson (Guitar) and Jason Bonham (Drums) made another great cover in their special video series “Lockdown Sessions”. That is being shared weekly in their social networks. The band played Buffalo Springfield’s classic “For What is Worth” for the fans.

Watch Sammy Hagar & The Circle performing Buffalo Springfield’s “For What is Worth” during lockdown:

Hagar said in the video “OK folks here you go… ‘For What It’s Worth’! Buffalo Springfield had so much talent in one band. This song is one of our favorites. We really had a blast doing this one and experimenting with visual overdubs.”

Although is not clear yet if concerts may happen this year. The band is still scheduled to perform with Night Ranger in United States during the summer of 2020. Initially the tour would also have Whitesnake. But the band canceled all their tours dates due to David Coverdale’s health issue

After a failed boxer attempt, Hagar started singing in the late 1960s. He joined several bands including Skinny, the Fabulous Catillas, Justice Brothers, and Dust Cloud. Edgar Winter asked Ronnie Montrose to join Sammy with his band, Montrose, in 1973. Hagar recorded two albums with Montrose, then left for his solo career in 1976, with the group’s bassist, Bill Church (then ex-Montrose) and drummer Denny Carmassi, along with keyboardist Geoff Workman.