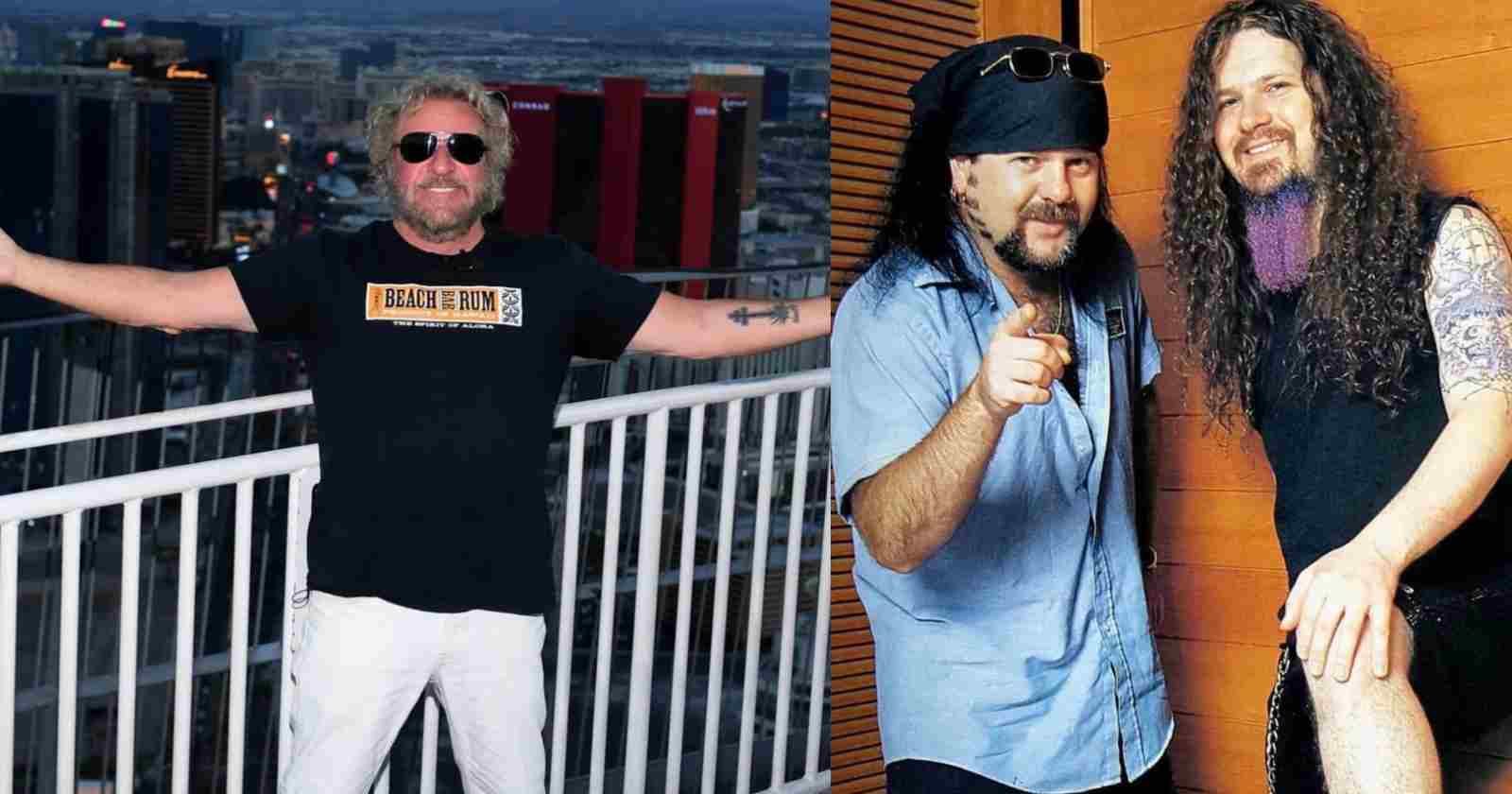 Singer Sammy Hagar (Van Halen, Montrose) recalled in an interview SiriusXM (Transcribed to Blabbermouth) that he was once invited to be Pantera‘s singer by their manager as a replacement for Philip Anselmo.

Pantera went on hiatus in 2001 but lingering disputes led to the band breaking up in 2003. The Abbott brothers went on to form Damageplan while Anselmo continued to work on several side projects, including Down, which Rex Brown joined as well.

Sammy Hagar says he was once invited to be Pantera’s singer:

“How about if I tell you something crazy. I don’t believe it; I don’t believe it’s true. But Pantera had a manager. This was before I actually became friends with Vinnie. And [the manager] said Pantera, he said, want me to be the lead singer of the band. And he asked me, ‘Would you be interested?’”

“And I said, ‘No, not after Van Halen. I’m not gonna join another band, especially covering for somebody else,’ and this and that. And I brought it up to Vinnie one time. He didn’t remember it. But I don’t know if there’s any truth to that.”

Besides being a successful solo career musician with hits like “I Can’t Drive 55”, “Heavy Metal” and “There’s Only One Way To Rock”, Sammy Hagar also released famous albums with Montrose, Van Halen and Chickenfoot.

His current band The Circle has ex-Van Halen bassist Michael Anthony, guitarist Vic Johnson and drummer Jason Bonham, son of the legendary Led Zeppelin drummer John Bonham. In 2019 they released the praised studio album “Space Between” and in 2021 “Lockdown 2020” with covers they performed during the Covid-19 pandemic lockdowns in the United States.