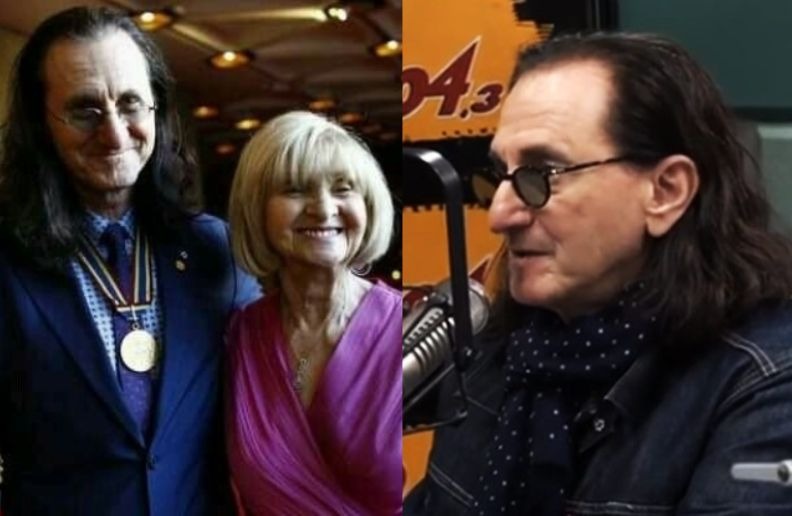 Rush vocalist and bassist Geddy Lee was interviewed this week on New York’s Q104.3 radio and addressed the Nazi concentration camp issue in Poland, his family’s homeland, during World War II. This interview of the musician will air in full on Sunday, January 27, within the celebrations of the International Day in Memory of the Holocaust Victims. The date refers to the liberation, by the Soviet troops, of the Nazi Concentration Camp of Auschwitz, in 1945.

Lee said that his parents, Morris and Mary Weinrib, were transferred at age 13 to Auschwitz, where they endured for two years the constant threat of the gas chambers.

He recalled the story his grandmother used to tell:

Geddy Lee of Rush joins @shellisonstein this weekend on #Holocaust Remembrance Day to tell his family's incredible story. Listen Sunday at 7 AM for the full interview. Both of Geddy's parents were imprisoned at Auschwitz during #WorldWar2. As he tells it, every day was a coin-flip as to whether they would go to work or be killed. #neverforget #holocaustremembranceday @geddyimages @rush

“[Nazi guards] lined them up every day. They walked to ‘left, right, left, right’. If you were going in one direction, you would go to the gas chambers. If it was in the other direction, it would work,” he explained.

According to Q104.3, Lee said that these stories left scars on him, yet they also profoundly affected his view of the world and gave him a much needed perspective on the importance of love, trust, and family.

About 6 million Jews died during the Holocaust, representing the greatest genocide of the twentieth century. After the war, Lee’s father sought out his mother and found her in a homeless camp, where they married and then settled in Canada.

In the player below you can check out the Rush classic “Red Sector A”, which addresses the barbarism of concentration camps. The video features the lyrics of the song with scenes from HBO’s Band Of Brothers: