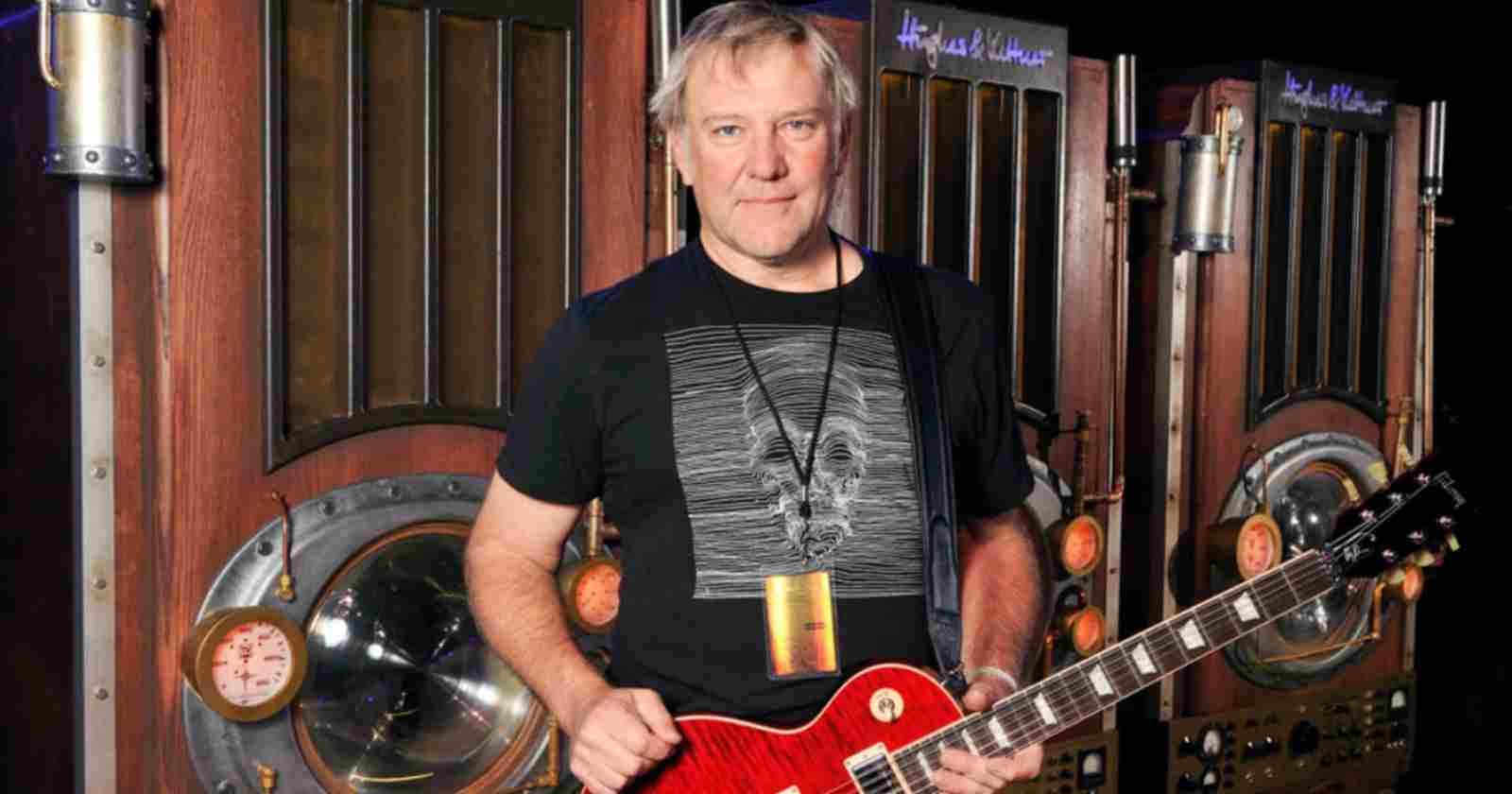 Rush guitarist Alex Lifeson recalled in a video to promote the release of the new Alex Lifeson Epiphone Les Paul Standard Axcess electric guitar, the story of how he got the first guitar he ever had.

Rush’s Alex Lifeson said about the first guitar he ever had:

“The first guitar I got was an acoustic guitar, it was a cheap Japanese guitar, it was $10 [around $80 in 2021 money], and I got it for Christmas in 1966. I played that guitar that whole year, as painful as it was – the action on it was terrible.”

“I begged for another guitar and I got an electric the following Christmas, and it was also a Japanese guitar Canora that I think cost my parents $59 [around $470 in 2021 money]. So I played it as much as I could but I always dreamt about having a Gibson.”

“They just seemed so beautiful and so out of reach. I used to go to Long & McQuade’s, a music store in Toronto, every weekend, and I’d spend a Saturday sitting on an amp and pulling down a 335, or maybe a Les Paul, or an SG. I would play for about an hour until the salesman came by and said, ‘OK, get lost, kid.'”

“But that white 355 has become the iconic Alex Lifeson guitar, and I just absolutely adore that guitar. It served me really, really well, I think I’d seen more photographs of me with that guitar than anything else.”

“As the years rolled by and we continued touring at a crazy pace, my collection of Gibsons grew more and more. I developed a very close relationship with people at Gibson and they asked me to be involved in a model of a guitar that really suited my purposes. I thought, ‘You know, really, the Les Paul is such a great platform. How can we improve that or at least make it more attuned to what I required as a player?'”

“So we’d spent I guess about two years developing the Axcess Les Paul Alex Lifeson model. It has a Piezo pickup, it has a Floyd Rose on it, it’s been sculpted so the hand can get up nice and high on the fretboard. It’s relatively lightweight so it doesn’t kill you after a while.”

“The introduction of the Epiphone Alex Lifeson model, based on that Gibson model, has all the same attributes and characteristics that that guitar has that I desired so much when we designed it. The look, the sound, the playability, and the utility – it’s all there for the player at any level. Very proud of this guitar, I think you’ll love it too.”