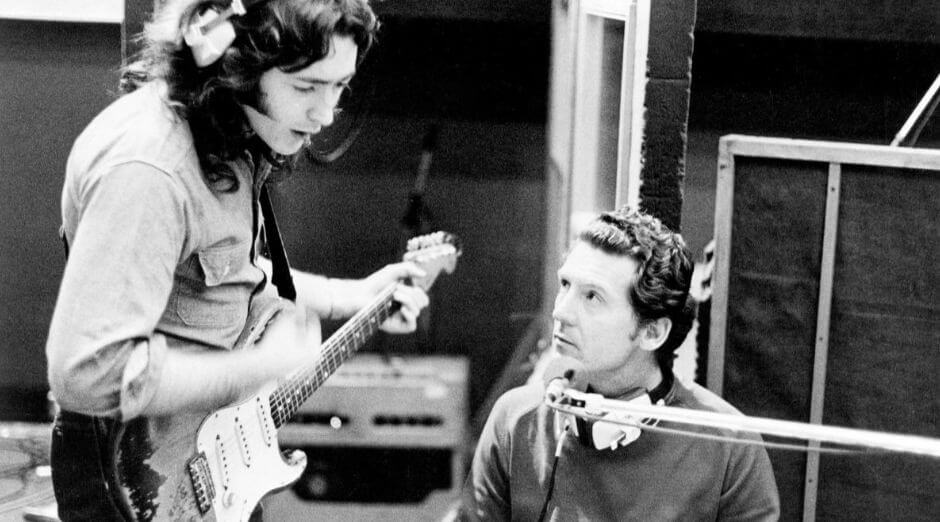 Back in 1973 Jerry Lee Lewis was working on the album “The Session” recorded in London featuring amazing artists like Peter Frampton, Mick Jones, Alvin Lee and more. One of the unreleased songs of the record was a Rolling Stones cover recorded with legendary Irish guitarist Rory Gallagher that is now available and will be also on the upcoming compilation “The Best Of Rory Gallagher” (October 9th).

“A bit bamboozled at the lyrics and a bit embarrassed at not really knowing of the song, Jerry’s paranoia kicked in and thought he was being ‘wound-up. Annoyance flashed on the Killer’s face, as his wild eyes scanned the studio, fixing on Rory. ‘I trust you boy. Without looking at anyone else but me, tell me truthfully, is there a song called “Satisfaction?” If so, you start teaching me.’”

“Lewis was confounded that anyone could get a U.S. Number One with such outrageous lyrics. I’d have been locked-up if I’d had recorded anything like that man,’ the Killer pronounced, but he was now relishing the task of doing his unique version. To record the track, Jerry requested an electric piano. A new Fender Rhodes arrived in from the rental company, and once set up, the Killer sat down saying, ‘OK, OK, let’s go,’ promptly bringing up his long leg over the keyboard and striking the keyboard — bam! — with the back of his heel!”

Besides the cover, Gallagher’s compilation will also have his solo cut, “Cruise on Out.”

The Best of Rory Gallagher tracklist

Triumph’s Rik Emmett says the issues with bandmates are resolved
Guitarist B.B King and his favorite song of all time
To Top