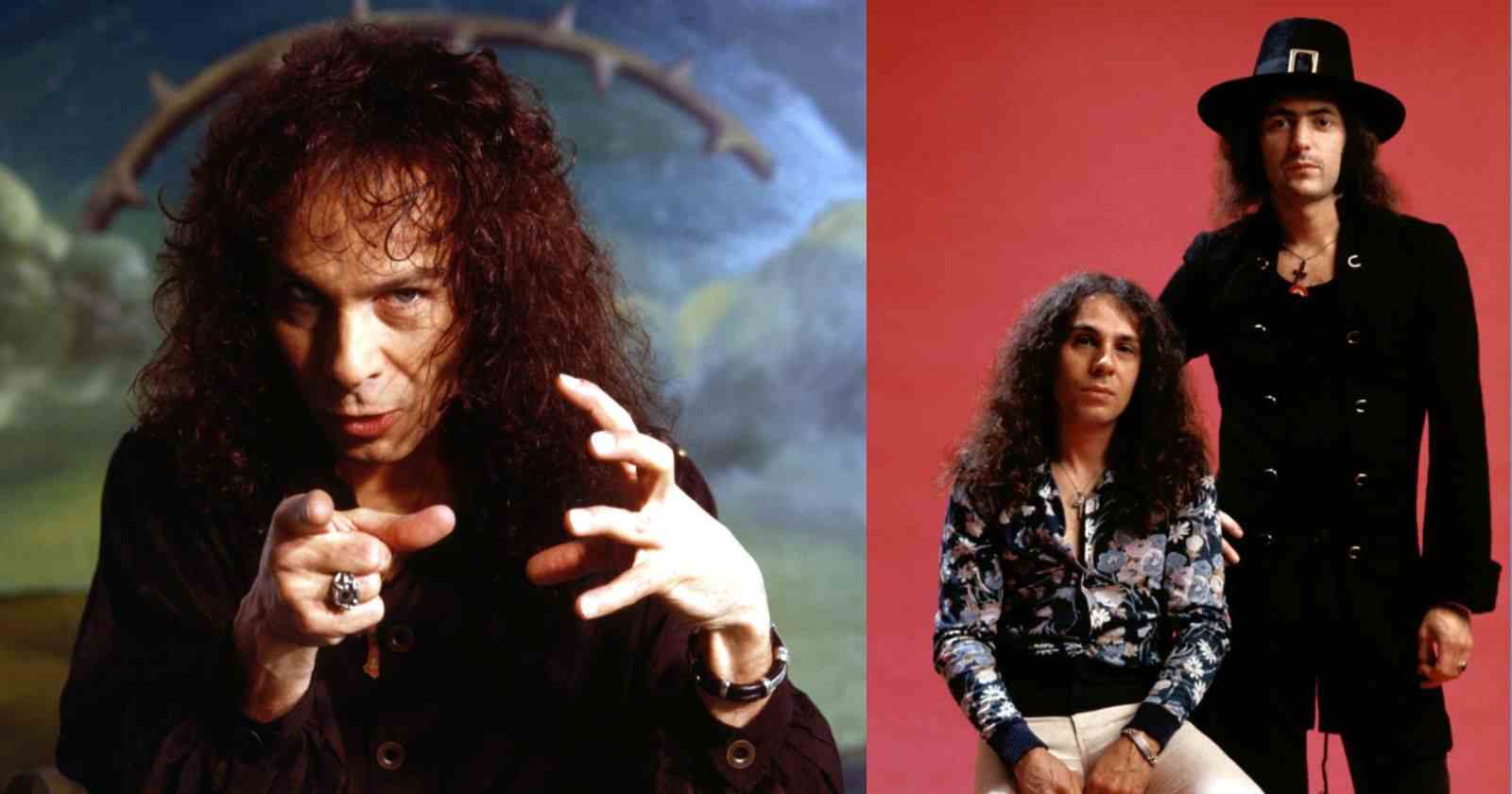 Ritchie Blackmore formed Rainbow after leaving Deep Purple having legendary singer Ronnie James Dio on vocals in the first era of the band. Dio recalled in an interview in Sweden back in 2001 when they summoned a spirit that was hauting the studio they were recording the famous “Long Live Rock N’ Roll” album and things wen’t wrong.

“The tape would break, the machine would stop, we’d get close to it but just couldn’t finish it. One day we had a séance in the studio and contacted the spirit who said he was Baal. His opening line was always, “I am Baal, I create chaos. You will never leave here.”That was what he always said. So after a while you got kind of, “Oh Baal again. Hey Baal, how you doing mate?”

“We weren’t afraid of him anymore until he started doing things like taking glasses and sending them all the way through the table and then making it come under the table all by itself and coming back up to the top, or flowing down the end of the table and smashing against the wall, or a piano playing when there was no one there playing it.”

“We eventually went to the local priest there and told him we wanted to have an exorcism. He threw us out! He said, ‘I won’t go to that place, ; that place is horrible.’ We said, ‘We know!’ He wouldn’t come. We found a big cross, we had a cross made and we put it up in the studio. The next time we had a séance Baal said, “I am Baal, I create chaos. You will never leave here. What’s that stupid thing doing on the wall?”

“We said, “Do you believe in Christ?” He said, “Ha, Christ, he was only a man, I’m not afraid of anything.”So we knew we had some troubles here. We finally were able to finish the song and as we were leaving, we were going down this winding stone stairway leading from the sleeping areas down to the cars to leave the Chateau and my wife was in front of me and we had just bought some antique china. Luckily she had the box in her hand.”

“I was perhaps five feet away from her. She was five feet in front of me. Cozy Powell was behind me. Suddenly she pitched right off the stairs and fell to the bottom of the stairs and fell on the china- luckily because it broke her fall. She turned to me and said, “YOU BASTARD (shouts) why did you push me?” “Cozy, did I push her?” He said, “You weren’t even close to her.” Guess who did that one! So that was Baal’s final parting thrust for us. So yeah, that’s a strange thing that happened there. Since that time, only once have I been talked into doing that again in a haunted castle, just outside of Newcastle.”

“Do you know the one I mean? Whatever it’s called. (Most probably Lumley Castle, one of Ritchie’s favourites. Ed) Ask Willy because he usually knows these things but didn’t this time. The guys in the band who knew about the Baal thing said, “Will you please do a séance?”. I said, “No, I don’t want to do this anymore because once you invite them in, they don’t ever go away.” They said, “Ah no, it’ll be okay.” I said, “I’m telling ya, I don’t want to do this.”

“So they talked me into it and I said, “Okay I’ll do it for you.” So we set up the séance and got on the glass and the first thing it said was, “I am Baal, I create chaos. You will never leave here.” I went, “Bye guys, I told you I don’t want to have anything to do with this anymore.” So that’s the last time I took part in it.”

So that was another country even?

“Oh it never goes away; it’s not limited to boundaries of countries. You know spiritual things have no limits at all. But it’s what YOU believe; it’s what’s believed inside of you. I think that particular spirit that called itself Baal was just a lower astral, nothing more than that. It swore too much, it used wrong parts of speech for it to be anything strong. It certainly wasn’t Baal. If it were Baal you wouldn’t be talking to me today, we’d be all gone.”

Spooky stuff. I’ve never done it myself but it’s interesting to hear.

“Well I suggest you don’t because as I say, once you open the door and allow it to come in then it never goes away, never. You can’t close the door again.”

So you haven’t done that in 15 years?