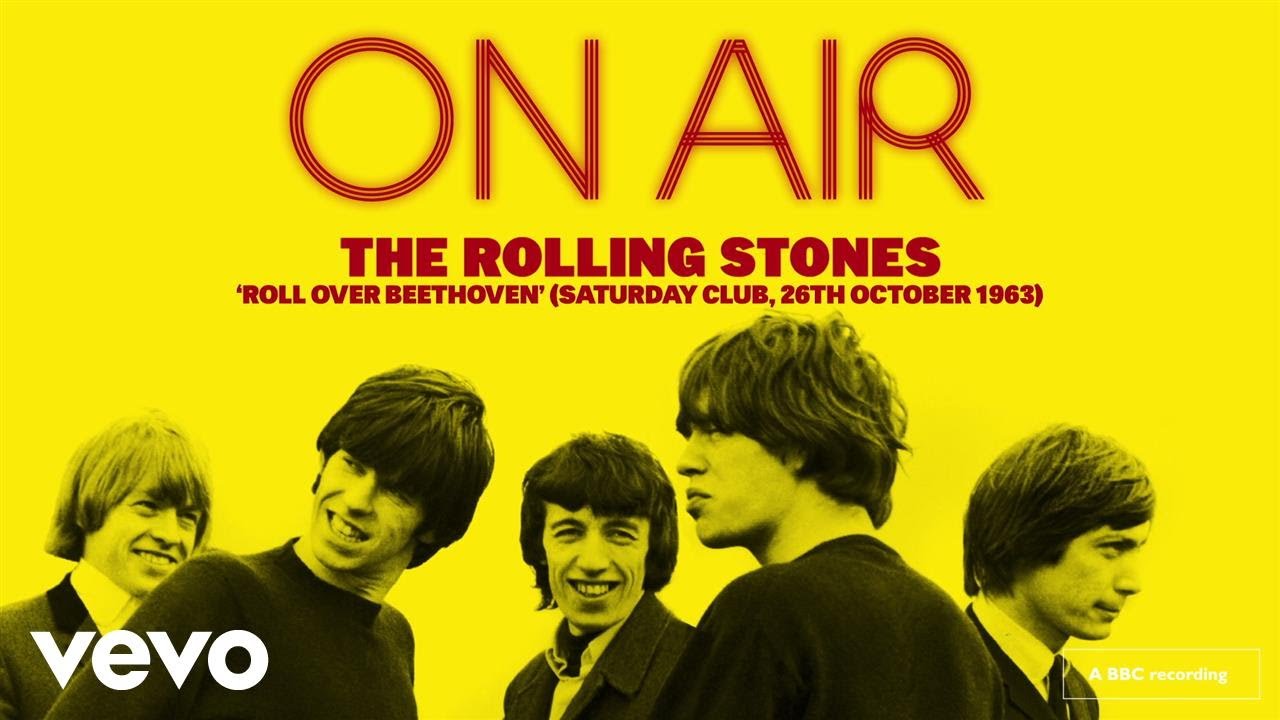 The Rolling Stones released their 1963 cover of Chuck Berry classic “Roll Over Beethoven” that will be on their upcoming album “On Air”.

They were originally broadcast on bygone UK BBC shows such as Saturday Club, Top Gear, Rhythm And Blues and The Joe Loss Pop Show between 1963 and 1965. Their version of Roll Over Beethoven was recorded on the Saturday Club on October 26, 1963.

A statement on the album says:

“To help recapture the spirit of the songs when they were first performed, the tapes have gone through a process called audio source separation, which involved de-mixing the transcripts and allowing engineers at Abbey Road access to the original instrumentation and voices within each track, so that they could be rebuilt, rebalanced and remixed to achieve a fuller, more substantial sound.”

On Air will be released through Polydor Records on December 1 and is now available for pre-order.