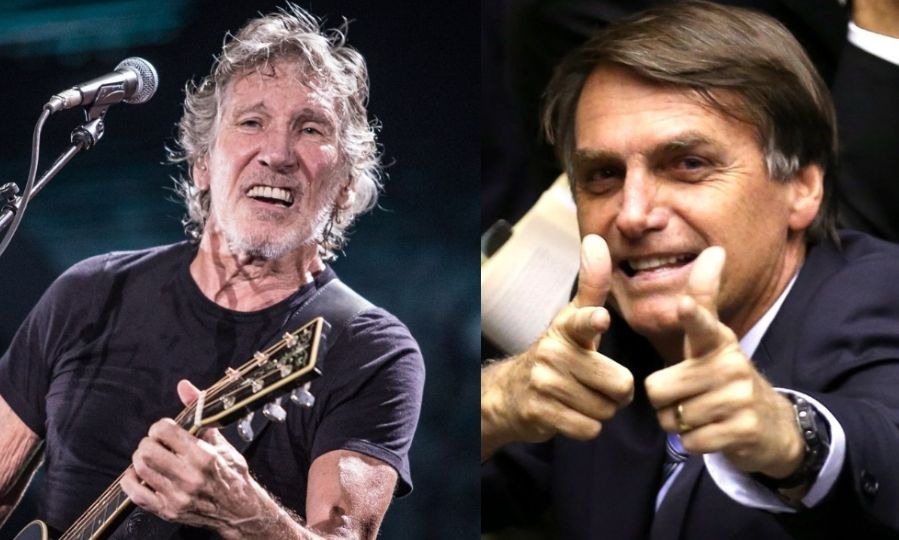 The legendary Roger Waters in interview with the brazilian newspaper Folha de São Paulo said that the candidate to Brazil’s president chair, Jair Bolsonaro is insane and corrupt.

is with his Us+Them tour in Brazil, and the country is currently in the presidential election period. The candidates are Fernando Haddad (PT), the left-wing political candidate and Jair Bolsonaro (PSL), the right-wing conservative candidate, that have already made homophobic, racist, sexist declarations and supports the work of a famous torturer of the time when Brazil underwent a dictatorship.

After four shows in Brazil, with four more to follow, do you think that the boo received in São Paulo affected the tour?

The best of the reaction we received in Sao Paulo on the first night, when we designed #No on the big screen, is that this show has been on the road since May 2017, all over the world, but few people have understood what it’s all about.

The public’s reaction drew attention to what I’m trying to say on this tour, about how human rights need [citizens] cooperation with each other. That’s what the “Us & Them” tour is about. We travel the world playing songs, but there is a particular message. And this message was present in São Paulo, generating controversy, because the country is clearly divided.

Did you already have an understanding of this division?

There is a severe separation in the world between rich and poor, not only in Brazil, but here it is very strong. When you walk through São Paulo, you see beautiful, rich houses surrounded by metal grids, with guards guarding them and hundreds of cameras. Within a hundred yards you see people living on wet cardboard in the gutter.

These guys were harmed, of course, but not by Lula or Dilma, or whoever. They were harmed by neoliberalism, by the free world market, which does not regulate opportunities for individuals. 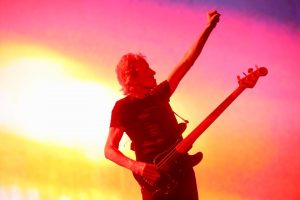 This is what I raise my voice against. Traveling around the world, it is clear to me that the fundamental problem is the disrespect for human rights. The world is organized by oligarchies and corporations, which leave a small slice of people in a healthy situation.

So I say “Thank you, São Paulo”, thank you to the people who made that noise. I am sorry that you are fighting against each other, discussing fundamental things from the perspective of someone like Bolsonaro. What he says should not be the subject of any argument anywhere in the world. But it’s a real and scary thing.

Sometimes you tour in places with serious and obvious problems, as is the case in Brazil now, during the election period.  Do you try to inform yourself about the local situation before you go? Are there people who research this information for you?

I do not have anyone to do this research for me. I try to talk to people in the places I visit. It’s difficult, but I try to educate myself about the situation, paying attention to everything.

Minutes ago I had a conversation with a young man about BDS events I participated in in Brazil and South America. I asked him specifically about Lula and the corruption, about the imprisonment of the former president and the impeachment of Dilma.

In the rest of the world, if you read about it in the mainstream press, you will find things like “Oh, what a tragedy! Such an important popular leader succumbed to the temptations of power and began stealing money from the people.” But why would he do that? What is the true story? It’s hard to move on without this information.

With who have you talked in Brazil?

With everyone around. The head of my security team in Brazil talks to me and he believes that Bolsonaro is a new thing in politics and is incorruptible. I ask him if he’s mocking me. Bolsonaro has been in Brazilian politics for 30 years and is totally corrupt! And he’s crazy. Vindictive and insane.

It is clear that you will not do anything to break with the current system. It will accelerate to the maximum this wave that is destroying the world. It will make it easier for people who are stealing money from poor people. He’s going to militarize the police. It will make everything more difficult for the working classes. I shout it out to anyone who wants to hear it. This is what will happen if this guy is elected. 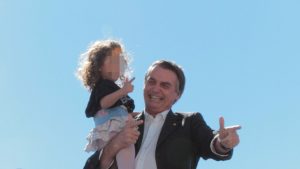 How can you convince people that their efforts may be worth it?

Almost every night, on my tours, I tell people that they should ask themselves a question: “Why should I believe in equal human rights for all, respecting nationality, color, sex?”

This is a very important question. Because even doing everything we can, maybe it’s not enough. They are destroying the planet as fast as they can. They sell guns to people, let some steal everything from others.

People in some parts of the world are treated according to a colonialist policy. We need to believe in human rights, equal for all. I think it’s really a matter of survival. Just read the papers to see that the planet is being destroyed very quickly and in some ways irreversibly.

Brazilian Culture Minister Sérgio Sá Leitão said this week that he was “fed up” of political demonstrations at shows. How do you respond to this statement?

This guy’s in the wrong job, he has to find a new job. I don’t know what he does, but he should not be in a position of power over cultural issues if he gives such a statement. Because culture includes music, and it can express much of the human condition. I think he should resign.

Do you believe that a rock concert can be a moment that changes a person’s life?

Of course it can, but nothing makes a rock show special in that sense. Any moment in your life can be that transcendent moment.

See the transcendental essence of romantic love. If you are lucky enough to fall in love, for a woman or a man, the gender is irrelevant, you will untie moorings in your heart that can leave you open to change, not just in relation to your love, but in relation to everything . But a rock show has strength, despite what its Culture Minister says.

You will play the day before the second round of the election in Curitiba, and then you will make the last presentation of the Brazilian tour in Porto Alegre, two days after the vote is decided. What do you expect at these shows?

I have no idea. This election is very important. In Germany, they elected Hitler as a new thing in politics. “We need this guy!” Seriously? Same?

Would you go back to Brazil to tour during an eventual Bolsonaro government?

Democracy can be quietly or violently withdrawn in this great country. I hope it does not happen like in 1964, to return 21 years later. We must fight against fascism and totalitarianism in any way. If this happens here, I will continue my activism, doing my best to help reverse this.

Polemic at the concerts

Since Jair Bolsonaro is in front of the polls, Roger is criticizing the conservative candidate.  He is presenting a screen with the phrase “censored point of view” where it should be in the name of the PSL postulant in the Planalto Palace and provoking “no fucking way” in place of “#elenão” (that is the hashtag used against the candidate, that means “not him!”). Since the country is polarized in two sides, the audience gets divided with many supporting the singer and many criticizing.