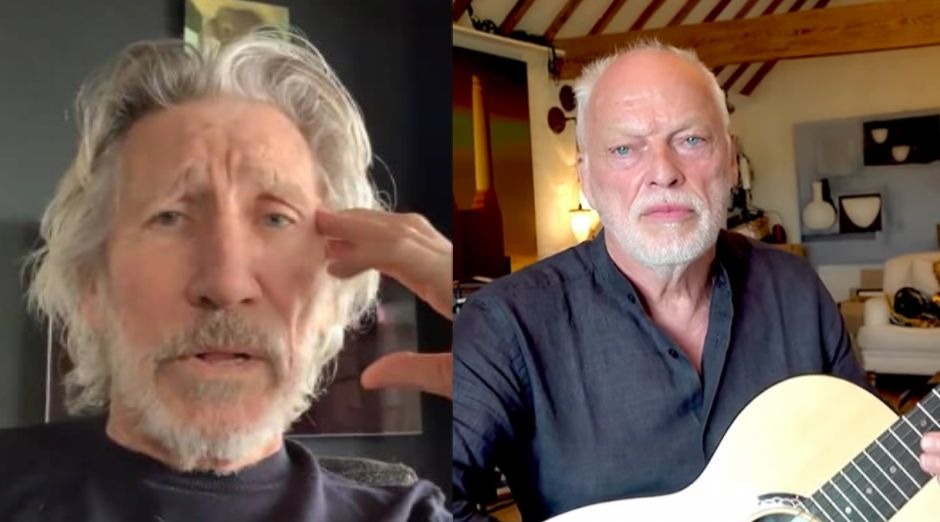 Pink Floyd‘s former bassist and singer Roger Waters shared a video in his social networks criticizing his ex-bandmate David Gilmour for not letting him use the band’s social media to share his materials.

Roger Waters said about David Gilmour not allowing him to use Pink Floyd’s social networks :

“I rarely speak to fans of Pink Floyd, but that is what I’m doing now. First of all, thank you so much for all the lovely comments that have come back after the band and I put together that [quarantine] version of [Pink Floyd’s 1979 song] ‘Mother.'”

“It was a lot of fun to do and it reminded me how much I miss them. And no, it’s not Dave Gilmour [in the video], it’s [my solo-band guitarist] Dave Kilminster. Dave Kilmister is the guy with the black flowing locks sitting on that sofa, playing electric guitar.”

“But, it does bring up the question of, ‘Why is this video not available on a website that calls itself the Pink Floyd website?’ Well, the answer to that is because nothing from me is on the website. I am banned by David Gilmour from the website.”

“About a year ago, I convened a sort of Camp David for the surviving members of Pink Floyd at a hotel at the airport in London. Where I proposed all kinds of measures to get past this awful predicament we find ourselves in.”

“And in consequence, it seems to me that it would be fair and correct if we should have equal access to you all and share our projects and blah-blah-blah. David thinks he owns it. I think he thinks that because I left the band in 1985. That he owns Pink Floyd, that he is Pink Floyd. That I’m irrelevant and I should just keep my mouth shut.”

“We are all welcome to have our opinions, but there have been rumblings and grumblings in the ranks, I’m told, by friends who have followed these things.”

“And some of the questions being asked are, ‘Why do we have to sit and watch [David Gilmour’s wife and collaborator] Polly Sampson for year after year, month after month, day after day. Also the Von Trapps reading us excerpts from their novels to get us to sleep at night?’ [Chuckles]”

Social distancing is a necessary evil in Covid world. Watching "Mother" reminds me just how irreplaceable the joy of being in a band is. pic.twitter.com/F4fxQCfbd6

“And that’s a very good question. ‘And yet, we don’t get to hear about anything that Roger is doing or about ‘This Is Not a Drill’ [tour] or when he makes a piece of work it’s not shown, and none of this work is publicized. Also the ‘Us and Them’ film. Which has just gone out digitally for streaming everywhere, it’s not mentioned. We’re not allowed to even mention such a fact on the official Pink Floyd website.”

“This is wrong. We should rise up. Or, just change the name of the band to Spinal Tap, and then everything will be hunky-dory! Alright, I’m not gonna get all weird and sarcastic. Though that is the direction in which I am known to sometimes lean.”

“So thank you again for all your love and warm feelings about ‘Mother.’ Stay safe, all of you. We live in dire, dire, desperate times. Also we need to find ways to communicate with one another so that we can act cooperatively to stop the man destroying this fragile planet that we all call home.”

New trailer for Suzi Quatro’s documentary is released with Alice Cooper
Rod Stewart gives to nurse who overcame Covid-19 a £ 5,000 check
To Top