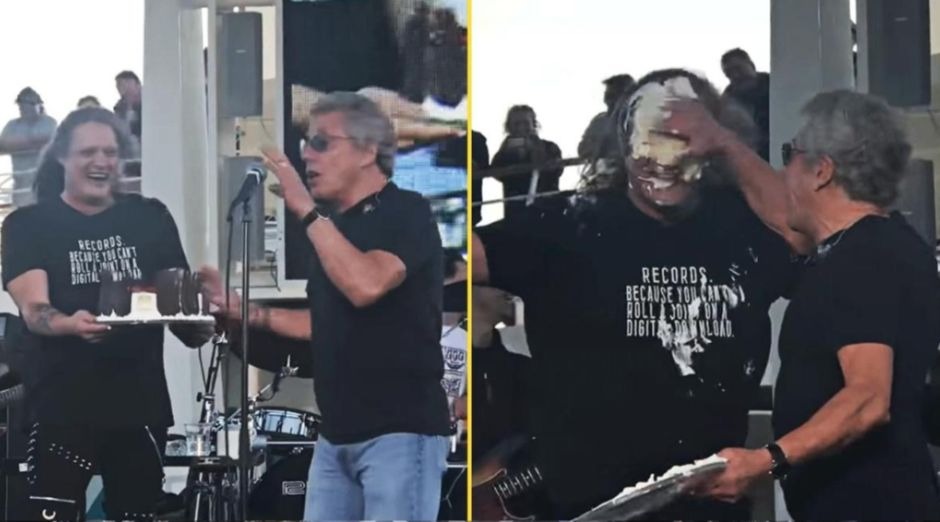 Singer Sebastian Bach was at the Rock Legends Cruise, which took place between February 27th and March 2nd this year. Another legend who witnessed the event was Roger Daltrey. Lead singer of The Who, who turned 76 on one of the last days of the event.

Sebastian Bach presented Roger with a cake, and the reaction of the Who singer was funny. Roger smashed the cake in Bach’s face, meanwhile, he said he “tried to warn” him that “WHO and cakes, or anything to do with WHO and cakes, do not mix”

Daltrey was born in the Shepherd’s Bush area of ​​London, the same middle-class neighborhood where his bandmates Pete Townshend and John Entwistle emerged. He demonstrated a promising academic future at the English state school, ranking among the first in his class on the exams that led him to Acton County Grammar School.

His parents, Harry and Irene, expected Roger to continue his studies until college, but obeying rules and learning from his teachers was not in the plans of the self-proclaimed “school rebel”.He built his first guitar out of a wooden block and formed a band called The Detours.