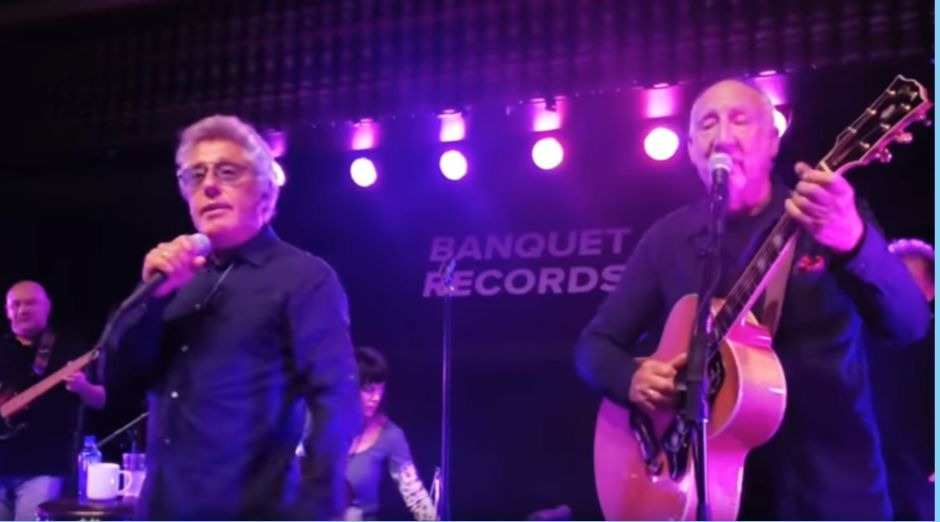 The Who’s vocalist Roger Daltrey got lost during the performance of the new song “Break the News.” The singer forgot the lyrics and asked to start the song again.

They were performing with an acoustic band two eight-song sets at the Pryzm venue, in Kingston, United Kingdom.

About the mistake, Roger Daltrey said:

“I’m in the first stages of the dreaded late-seventies … and the memory ain’t what it was. I’ve never sung this song before live. I might have to read it.”

“I knew he’d be trouble. He’s deaf and he’s blind, and for the last year and a half he’s had a carrot up his arse. Should I remove it?”

Watch Roger Daltrey forgetting the lyrics on The Who concert

The Who is back on the road in 2020 to promote their new album Who. The band consists in Roger Daltrey (Vocals), Pete Townshend (Guitar and vocals), Zak Starkey (Drums), Simon Townshend (Guitar, backing vocals), Loren Gold (Keyboards), Jon Button (Bass). Roger and Pete are the only original members on the band.

The group achieved international fame, became known for the dynamism of their performances and went on to be considered one of the greatest rock and roll bands of all time. They are also considered pioneers of the style, popularizing rock opera among other things (mainly with Tommy).

At the beginning of their career the band became famous for completely blasting their instruments at the end of the shows (especially Townshend, whose guitar destruction would become a rock cliché, and the crazy Keith Moon, sending his drum kit flying). . Therefore the first mod albums, filled with short and aggressive pop songs, Townshend’s distinctive power chords and recurring themes of youthful rebellion and sentimental confusion, were major influences in the rise of punk rock and power pop.

The Who emerged from a group previously, The Detours, and established themselves as part of pop art and mod. Since then they became known for self-destructive art, destroying guitars and drums on stage.