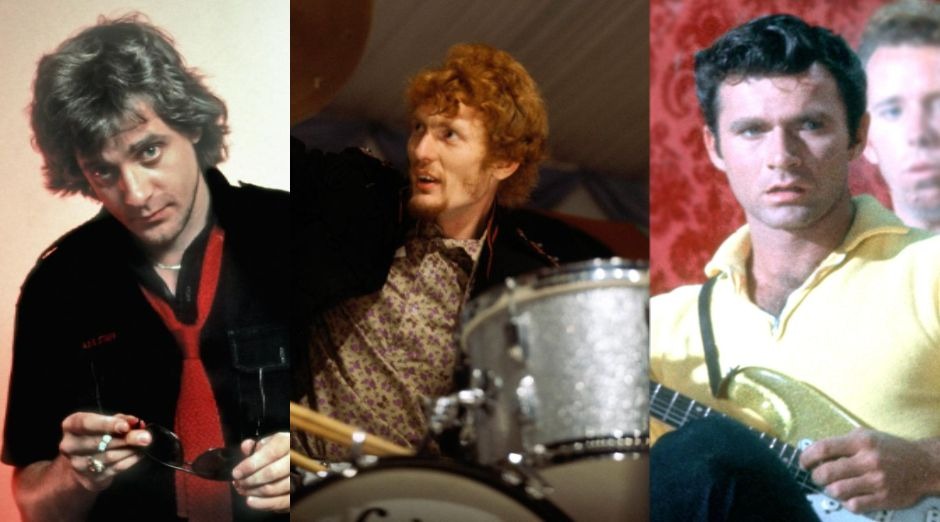 With each passing year the harsh reality of losing our greatest rock heroes hits us, many rockstars unfortunately died in 2019. Most of them are old, and time takes on the excesses of the past, as it does for all of us. Drums, guitars and basses lost great masters that gave us amazing rhythms, riffs and melodies. And of course, we’ve lost voices that we only will be able to hear again in the amazing recordings they’ve left.

See the rockstars that died in 2019 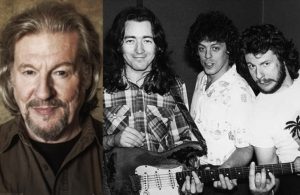 The Scottish drummer Ted McKenna was known for his work with Michael Schenker, Ian Gillan, Rory Gallagher and the Sensational Alex Harvey Band. He unfortunately died on January 19, during surgery at the age of 68.

He was on a routine hernia procedure when a “freak occurrence” caused a haemorrhage which could not be stopped, despite a 10-hour bid to save him. 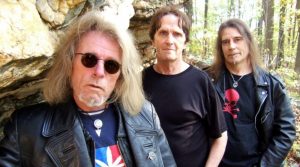 Paul Whaley in the middle

The drummer of the legendary Blue Cheer, passed away at the age of 72 on January 28. According to a local San Francisco newscast , band manager and drummer Eric Albronda confirmed that Whaley died of a heart attack.

Blue Cheer was a fundamental group in the early 60’s. Also had a sound that mixed psychedelia with a heavy blues-rock. Whaley played with the band between 1967 and 1969, returning later in the 80s, 90s and 2000s, until the end of the group in 2009 – caused by the death of original singer Dickie Peterson. 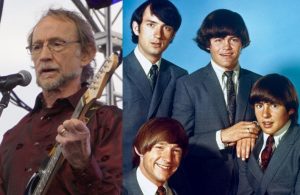 Monkees singer and bassist Peter Tork died on February 21 at 77. The information was confirmed by the musician’s sister, Anne Thorkelson. He was diagnosed with a rare form of cancer called adenoid cystic carcinoma​, which affected his tongue.

In the band, he played several instruments and was the lead vocals on some tracks. Such as Long Title: Do I Have to Do This All Over Again and Your Auntie Grizelda. 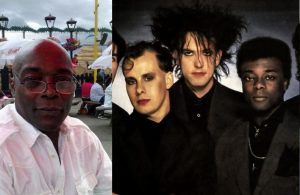 Ex-The Cure and Iggy Pop drummer Andy Anderson died on February 26 at 68. One week before his death, the singer revealed on his Facebook that he had terminal cancer.

He played on the singles album “Japanese Whispers” and singles “Love Cats” and “The Caterpillar”. As well as making a live appearance on their live album “Concert: The Cure Live”. Before joining the band, he worked with Robert Smith in 1983 in his side project called The Glove. 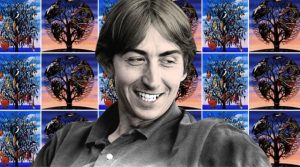 Talk Talk’s lead singer Mark Hollis died on February 26 at 64. His manager, Keith Aspden, confirmed the news and said: “I can’t tell you how much Mark influenced and changed my perceptions on art and music. I’m grateful for the time I spent with him and for the gentle beauty he shared with us.”. The band became famous in the 80s with singles like “It’s My Life”, “Today”, “Talk Talk” and “Life’s What You Make It”. 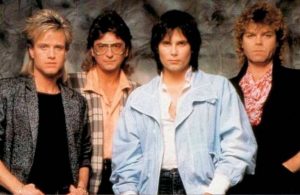 Stephan Ellis, former Survivor bassist died on March 6. Information was posted by the band on their social networks and also by guitarist Frankie Sullivan. In the publication, the group regreted the loss. However, don’t give details on the cause of death of the musician.

Stephan played on Survivor in the 80s, where he was featured in the classics “Eye of the Tiger” and “Burning Heart”. He was also present in the group between 1996 and 1999. 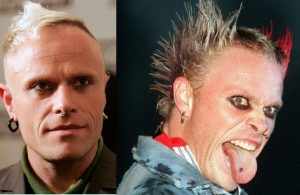 British singer Keith Flint, lead singer of The Prodigy, was found dead at his home in Dunmow, UK, on ​​March 4. He was 49 years old. According to the BBC, police said they received “appeals for the welfare of a man” on Monday morning. Upon arrival, Flint was already dead. According to the results of the autopsy, Keith Flint committed suicide by hanging.

Prodigy were an English electronic rock music band from Braintree, Essex, formed in 1990 by keyboardist and songwriter Liam Howlett. 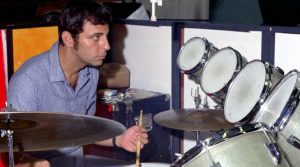 Legendary American drummer Hal Blaine died on March 11 at the age of 90. He died on natural causes. The musician has worked with names like Beach Boys and Frank Sinatra. Originally from Massachusetts, Harold Belsky gained fame in the 1960s as a member of the California group The Wrecking Crew.

He also played in some great pop classics, such as Ronettes’ “Be My Baby,” “Simon & Garfunkel’s” Bridge Over Troubled Water, “and Frank Sinatra’s” Strangers In The Night. ” Hal also worked with Johnny Rivers, Barbra Streisand, Elvis Presley and more. 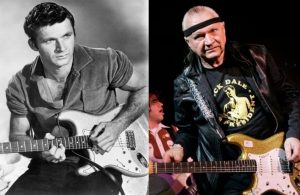 The American guitarist Dick Dale died on March 17 at 81, the official cause of Dick’s death, born Richard Anthony Monsour in Boston was a heart failure. But is known to have been suffering from cancer also.

Dick Dale, the pioneer surf rock guitarist, was seen practically as the creator of the style. Whose greatest commercial success was “Miserlou,” immortalized in Quentin Tarantino’s Pulp Fiction. 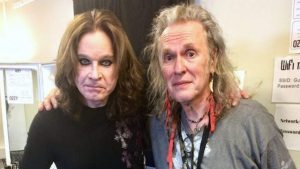 Guitarist Bernie Tormé passed away on March 17 at age 66, according to a statement published by his family on his official Facebook page. The death of the musician occurred the day before his 67th birthday. He was hospitalized about a month before at a hospital in London after complications of pneumonia.

Tormé played with a lot of important people in the rock universe, such as Ian Gillan. However, became well known when entering Ozzy Osbourne’s band after the death of the guitarist Randy Rhoads. 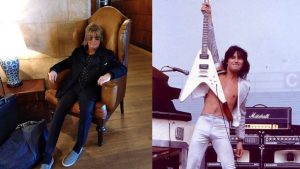 Paul Raymond, guitarist and keyboardist of the classic British band UFO, died on April 13 of a heart attack at age 73. The information was given by his “life partner” Sandra on the official Facebook page of the musician.

The musician had been actively participating in the band that is on the road with a tour that celebrates its 50 years of existence. 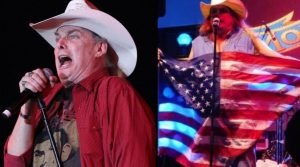 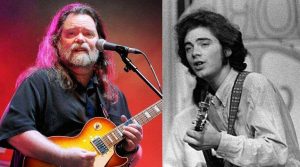 Singer Roky Erickson, one of the top names in psychedelic rock, died on June 6 in Austin, Texas, at age 71. The American became known as the leader of the 13th Floor Elevators group.

Erickson’s death was confirmed by his brother in a Facebook post. “My brother Roky died in peace today, please give us time, music and laughter forever,” said Mikel Erickson. The cause of death was not revealed. 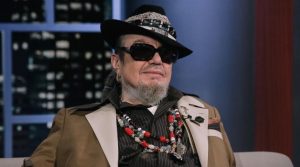 The legendary vocalist, composer and pianist Dr. John, whose real name was Malcolm John “Mac” Rebennack and a native of New Orleans, who won several Grammys, died of a heart attack on June 6. He passed away, at the age of 77.

Since the 1950s he had been a rock musician, blues and r & b from New Orleans as a studio musician. But it was in the 1960s that he scored his first career hits, such as “Gris Gris Gumbo Ya Ya”. The biggest hit was “Right Place, Wrong Time”, 1973. 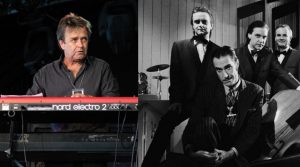 Ian Gibbons, keyboardist of The Kinks, died on July 31. The information was confirmed by the musicians who were part of the band by his side. And praised him for always maintaining a “positive attitude”.

An essential part of the British group between 1979 and 1996, he died in his home, and the cause has not yet been revealed. 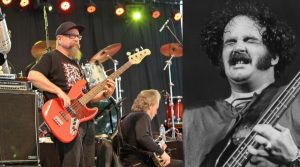 Larry Taylor, founding bassist of the band Canned Heat, one of the most influential of the 1960s, died on August 19 at the age of 77. The death report was confirmed by social networks and a group spokesman. Who added that Taylor was fighting a 12-year battle with cancer and died at his home in Lake Balboa, California.

Larry “The Mole” Taylor, as he was known, played with Canned Heat from 1967 to 1970. And experienced the band’s pop with the release of the album Boogie with Canned Heat and his powerful participation in the Woodstock festival. In addition, the musician has had outstanding collaborations on albums by The Monkees, John Mayall and Tom Waits. 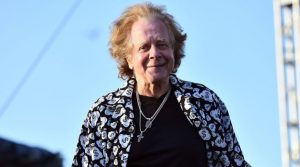 Singer and saxophonist Eddie Money died on September 13 at the age of 70. The artist became known in the 1980s with the songs “Baby Hold On”, “Two Tickets to Paradise” and “Take Me Home Tonight”.

He was recently diagnosed with advanced cancer of the esophagus. He began his career in Berkeley, California, and by the late 1970s had his first hits. 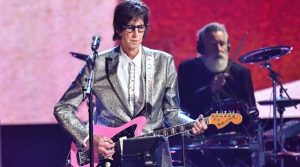 Ric Ocasek, lead singer of the band The Cars, was found dead at 75 on September 15 in New York. Police answered the call at the musician’s residence and confirmed the death.

The singer died due to heart problems aggravated by pulmonary emphysema. Famous in the 70’s and 80’s, the band had hits such as “Just What I Needed”, “Good Times Roll” and “You’re All I’ve Got Tonight”. 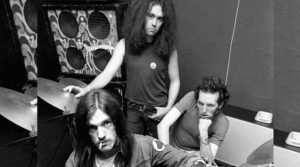 Larry Wallis, founding member and guitarist of Motörhead, died on September 19 at the age of 70. He also also played with bands including Pink Fairies, Blodwyn Pig and UFO.

Wallis helped found the group in 1975. But left the post a year later. The only original member that was on the band all the time was Lemmy Kilmister until his death in 2015, when the band came to an end. 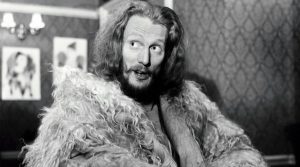 The legendary drummer Ginger Baker drummer died on October 6, at 80, according to his family. The musician was part of the supergroup Cream with Eric Clapton (guitar and vocals) and the late Jack Bruce (bass and vocals), he was also considered one of the best drummers of all time. The cause of his death was not revealed, but Baker was hospitalized and the family even said a few days ago before his death that he was already feeling better.

Baker used his jazz technique and his knowledge of blues in popular music. And became one of the most admired and also feared musicians. Taken as temperamental, he was born in London. With two bass drums (that part of the drum that works with his feet), he invented a fast polyrhythmic percussion style. That inspired other musicians after him. He was also known for getting mad offstage – he hated his bandmate Jack Bruce. 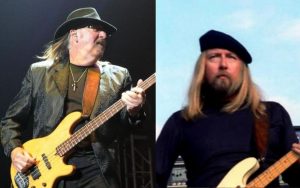 The founder and bassist of Southern rock icon band Lynyrd Skynyrd died on October 6 at the age of 70. He also played with 38 Special, the group announced his death on social media. Junstrom played bass with Lynyrd Skynyrd from his formation in 1964 until he was replaced by Leon Wilkeson seven years later. After that, he joined the .38 Special with Donnie Van Zant, younger brother of Lynyrd Skynyrd Ronnie Van Zant’s frontman. He participated in the group’s twelve studio albums. The last release was in 2004, Drivetrain. 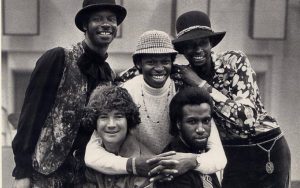 The legendary singer and bassist from The Chambers Brothers, George Chambers died at 88 on October 12.

“To all our fans, friends and loved ones, I was informed this morning at about 5AM that my brother George. Known as ‘Pops’ Chambers, has passed,” a statement on the band’s Facebook page said. “ Also we thank you for all your years of Love Peace and Happiness.”

Motörhead, Judas and Thin Lizzy are among the nominees for Rock Hall
Peter Frampton made the last show of his career
Advertisement
To Top