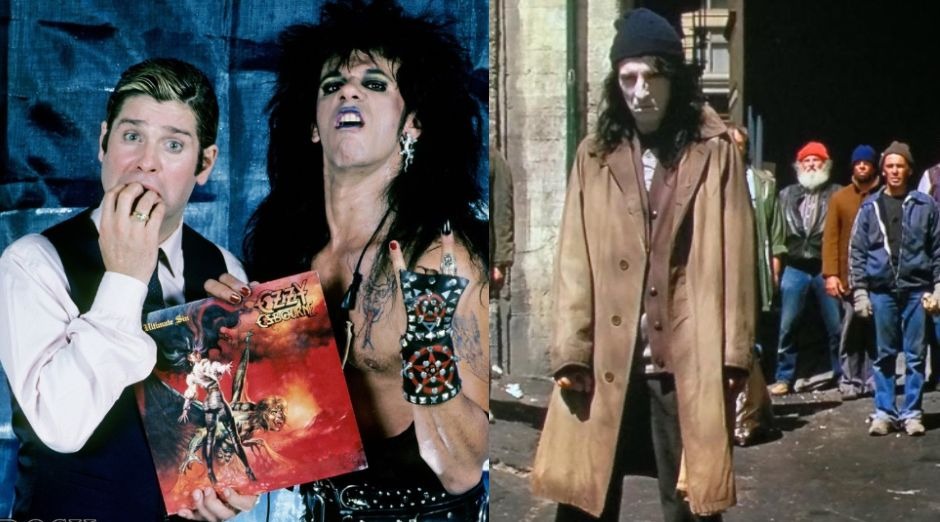 Like Rock n’ Roll and Heavy Metal, Horror movies talk about subjects that other styles don’t explore, so the two genres have a lot in common and sometimes they have their paths crossed. And to celebrate the love for horror movies and rock/metal we’ve prepared a list that shows rockstars in Horror features.

8 Rockstars that acted in horror movies

Well, as you will see, Alice Cooper is definitely the rockstar that was in more horror movies than any of the other musicians. The singer was Mr. Underwood, Freddy Krueger adoptive father and probably his first victim.

Originally the movie should be the last chapter of the series. Wes Craven’s New Nightmare was released after The Final Nightmare but takes place outside the series canon. A canonical sequel, Freddy vs. Jason, was released later. This was New Line Cinema’s first 3D film release. Critical reception to the film was very negative upon release.

Another movie that had Alice Cooper was Monster Dog (1984) that shows a rock star that returns to his childhood home to shoot a music video while a pack of wild dogs are on the loose killing off the local residents.

The two songs in the film performed by Cooper remained unreleased until 1999 when they appeared on the box set The Life and Crimes of Alice Cooper. A 7-inch single was released of the two songs in limited edition of 100 copies in 2012.

Ozzy Osbourne is called Prince Of Darkness but who was on the John Carpenter movie the same name was Alice Cooper. The 1987 American supernatural horror film directed, written and scored by John Carpenter. Starring Donald Pleasence, Victor Wong, Jameson Parker and Lisa Blount was installment in what Carpenter calls his “Apocalypse Trilogy”, which began with The Thing (1982) and concludes with In the Mouth of Madness (1995).

Alice Cooper plays himself in the Tim Burton vampire movie Dark Shadows (2012). The movie also had Cooper’s now bandmate in Hollywood Vampires, Johnny Depp as one of the main vampires.

The film performed disappointingly at the United States box office, but did well in foreign markets. The film received mixed reviews; critics praised its visual style and consistent humor but felt it lacked a focused or substantial plot and developed characters.

Marilyn Manson and Henry Rollins were part of David Lynch’s crazy universe in “Lost Highway” (1997), the movie shows that after a bizarre encounter at a party, a jazz saxophonist is framed for the murder of his wife and sent to prison, where he inexplicably morphs into a young mechanic and begins leading a new life.

The late Linkin Park vocalist acted on Saw 3D (released on home media as Saw: The Final Chapter or alternatively known as Saw VII). The film focuses on a man who falsely claims to be a Jigsaw survivor, becoming a local celebrity. However, he soon finds himself part of a real Jigsaw game where he must ultimately save his wife. Meanwhile, Jill Tuck reveals to an internal affairs officer that rogue Detective Mark Hoffman is the man responsible for the recent Jigsaw games, and Hoffman hunts her down.

Gene Simmons and Ozzy Osbourne in “Trick or Treat” (1985)

The movie that has KISS’ Gene Simmons and Ozzy Osbourne shows a bullied teenage boy is devastated after the death of his heavy metal idol, Sammi Curr. But as Hallowe’en night approaches, he discovers that he may be the only one who can stop Sammi from making a Satanic comeback from beyond the grave.

Everyone knows of the biggest movies all time, Psycho, directed in 1960 by the master of suspense Alfred Hitchcock. But, in 1998 director Gus Van Sant decided to make a frame to frame remake of the classic with Vince Vaughan as Norma Bates. And Red Hot Chilli Peppers talented bassist, Flea also appears in the movie.

Metallica’s frontman James Hetfield is a cop in the movie that shows the crimes of Ted Bundy from the perspective of Liz, his longtime girlfriend, who refused to believe the truth about him for years.

Iggy Pop is a zombie in Jim Jarmusch movie that shows the peaceful town of Centerville finds itself battling a zombie horde as the dead start rising from their graves.