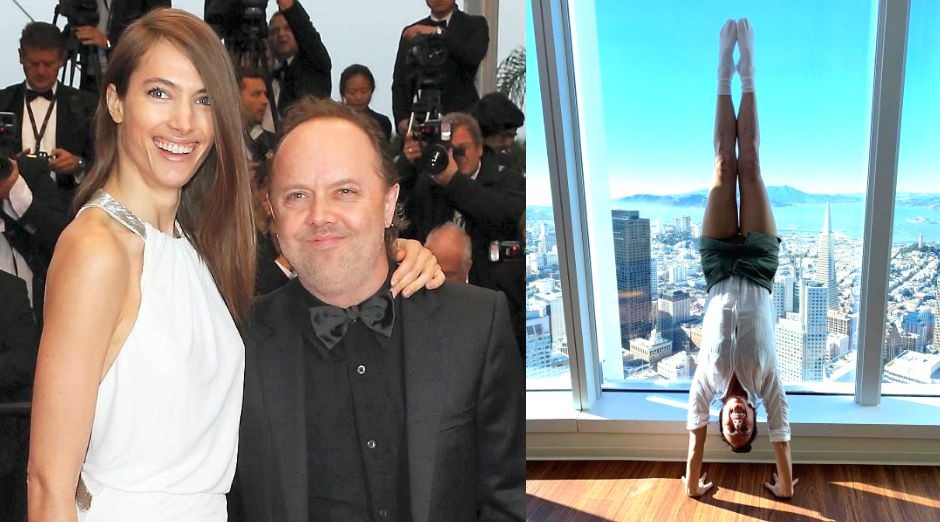 For many years Lars Ulrich, drummer of Metallica, lived the trinity “sex, drugs and rock n ‘roll” to the core. Drug-free, Ulrich remained active in rock and roll and love life. Proof of this are the incessant world tours of Metallica, a band with more than 30 years of career, and Lars’s marriage with model Jessica Miller.

Jessica is twenty years younger than Ulrich – he 55, she 35 – and is known to rockers for having dated System Of a Down guitarist Daron Malakian a few years ago. She is also a little taller than the drummer, she has 1,78m and him 1,66m.

Ulrich has been married three times. His first marriage was in 1988 to Debbie Jones, a British woman he met on tour, but they divorced in 1990 due to Ulrich’s constant absence during the recording of the 1991 album Metallica. His second marriage was to Skylar Satenstein, an emergency medicine physician, from 1997 to 2004. They had two sons before divorcing.

Following his divorce from Satenstein, Ulrich dated Danish actress Connie Nielsen from 2004 to 2012. They had one child together. He is currently married to American fashion model Jessica Miller.

Now there is a Godzilla themed guitar that costs over $50,000
Research says Ozzy Osbourne is genetically a mutant
To Top