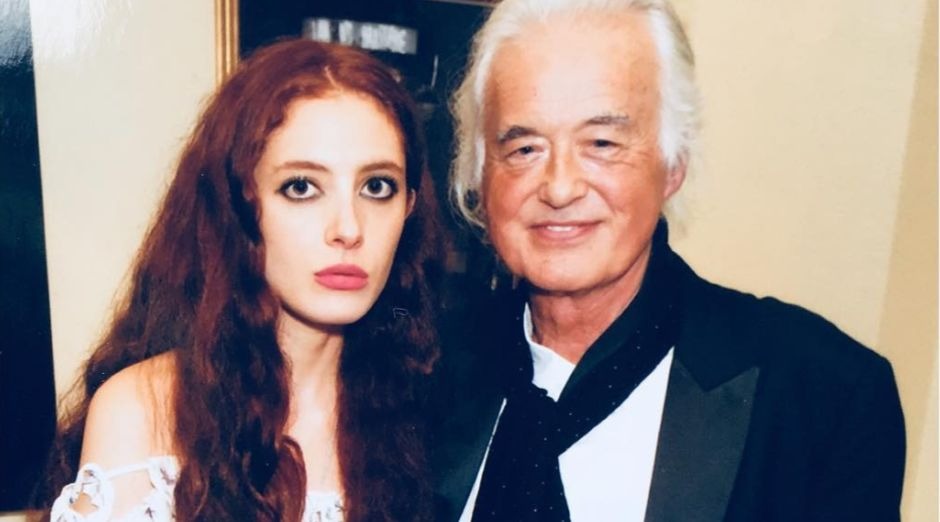 Rockstars also love, and the legendary Led Zeppelin guitarist Jimmy Page, 75, has a girlfriend nowadays. The musician was married from 1986 to 1995, Page to Patricia Ecker. She is a model and waitress, with whom he had a son. Page married later with Jimena Gómez-Paratcha, that he met in Brazil on the No Quarter tour. He adopted her oldest daughter and they had two children together, but the marriage came to an end in 2008. 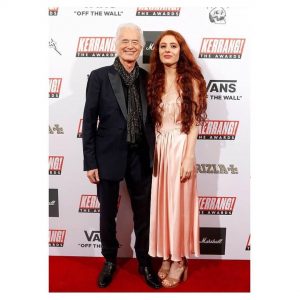 Since 2013, Jimmy Page’s heart belongs to the poet & performer Scarlett Sabet (30). Despite being discreet about personal life, sources told Daily Mail they were surprised by the new romance. “Jimmy is leading a very conventional life by the looks of things, not rock’n’roll. His new girlfriend seems like a very normal type of girl,” they told the newspaper.

“Everyone was quite surprised by this,’ an insider said. ‘The thing about Jimmy though is that he won’t say a word about his private life – he never has.”

Jimmy Page produced his Sabet’s spoken word album that was released on a special 12-inch etched vinyl that is sold in the musician website. 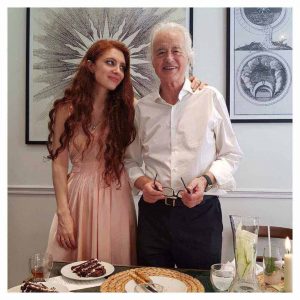 About this album, Jimmy Page said about his girlfriend:

“I knew Scarlett’s poems were exceptionally vibrant in print and I had witnessed the power of her public readings. I thought it would be exciting to do a project together to emphasise the power of the spoken word in the context of poetry and present her work in a radical form”