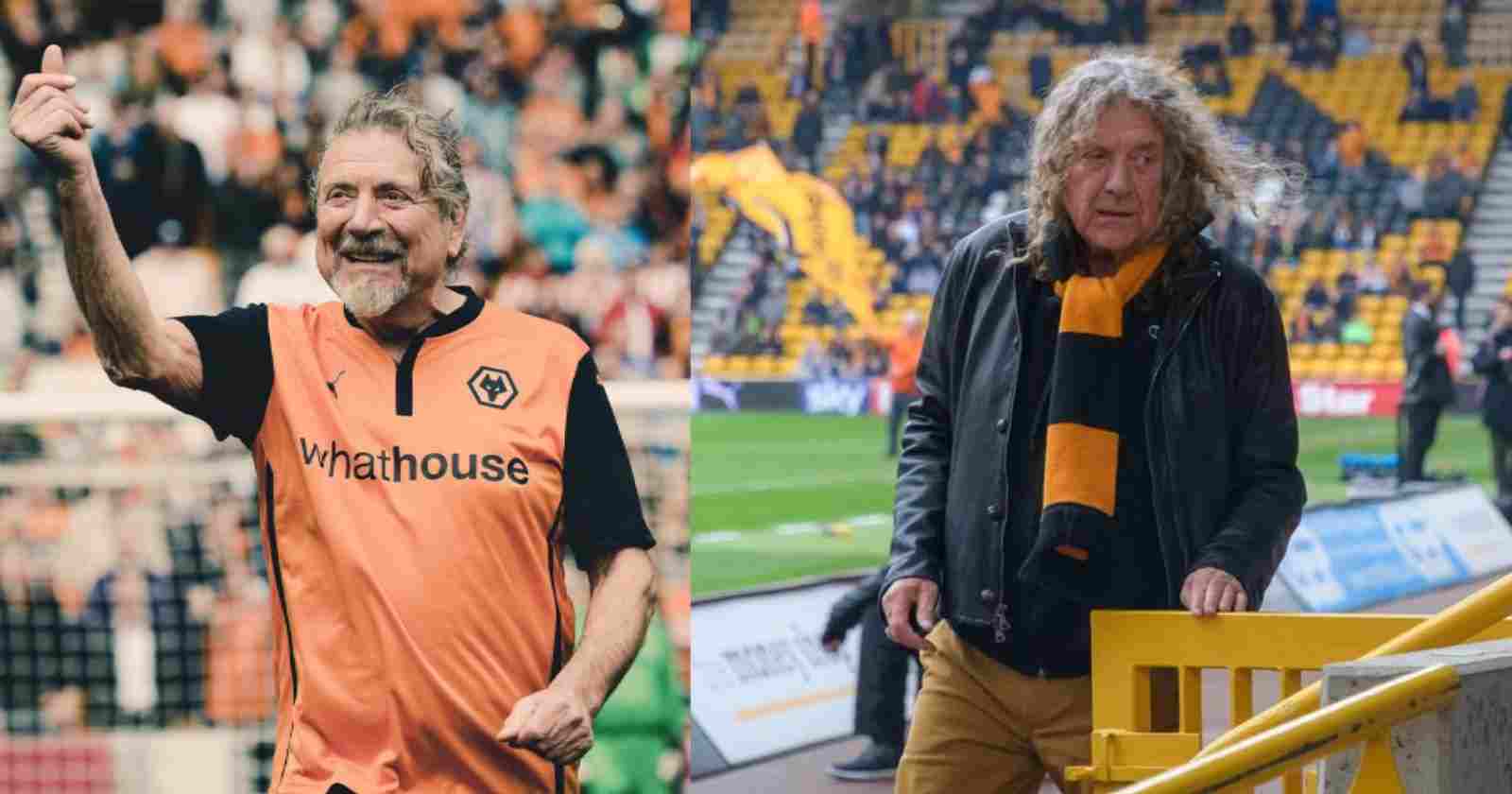 Led Zeppelin singer Robert Plant is a big football fan and he supports Wolverhampton Wanderers Football Club since he was a little kid. In an interview with The Guardian, the musician recalled how his love for the Club started.

“I have followed Wolves for 65 years; it’s a place of solace, where you know it’s not always going to be plain sailing. It started when my dad took me to see them play Liverpool and I thought [Wolves centre half] Billy Wright waved at me. I didn’t take into account that there were 15,000 people standing on that side of the ground. Years later, I met Billy at [children’s TV show] Tiswas when he was head of ATV sport. It was like Zeppelin meeting Elvis.”

“I told Billy I was the kid he waved at in the Waterloo Road stand. He clasped my shoulder and said: “Of course I did, Robert.” I’ve had abuse following Wolves and my daughter Carmen still reminds me that I took her to places such as Ayresome Park in Middlesbrough, when we’d be cowering in someone’s porch while there was a riot going on.

“I sometimes play Wolves chants before gigs. The audience are sitting in dark, shadowed homage preparing for this wonderful moment, and suddenly it goes: “Who are ya?!” As a greying, ageing, ex-rock god figurehead, I find the important thing is to have a great, humorous life.”

Wolverhampton Wanderers Football Club  commonly known as Wolves, is a professional association football club based in the city of Wolverhampton in the West Midlands, England. Formed as St. Luke’s F.C. in 1877, the club has played at Molineux Stadium since 1889 and has been competing in the Premier League, the top division of English football, since winning promotion in 2018. The 2020–21 season was the club’s 66th season in total at the highest level. Also seventh since the foundation of the Premier League in 1992.