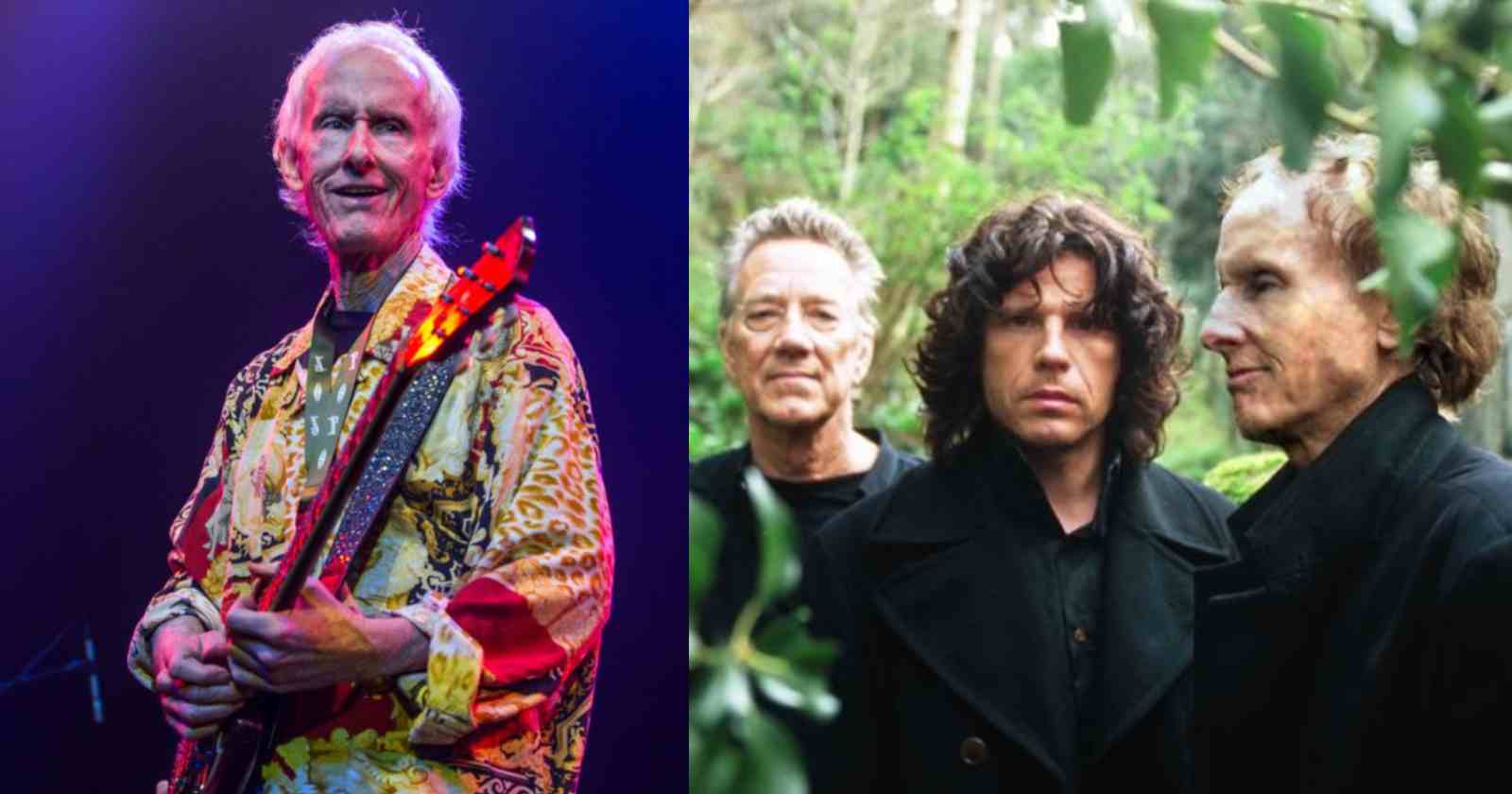 The Doors guitarist Robby Krieger said in an interview with WPDH radio station (Transcribed by Blabbermouth) that he would like to work again with The Cult vocalist Ian Astbury. They played together on The Doors of the 21st Century (Later renamed to Riders On the Storm), band formed by The Doors guitarist Robby Krieger and keyboardist Ray Manzarek that also had over the years Ian Astbury on vocals and The Police’s Stewart Copeland on drums.

“I’d like to. I’ve actually recorded some stuff with him, and we haven’t put it out yet. But we’re thinking about it. [Ian] was really great to work with. Except every night, we’re at the show, we’re ready to go on, and there’s Ian ironing his clothes before the show,” Robby added. “He was late every show. ‘Wait, I have to iron my shirt.'”

The Doors of the 21st Century

Robby Krieger and Ray Manzarek joined forces in 2002 and formed The Doors of the 21st Century that later had to change the name because of legal battles with The Doors drummer John Densmore, who was not part of the new group.

The first line up from 2002 to 2003 also had The Cult’s Ian Astbury on vocals, The Police’s Stewart Copeland on drums and bassist Angelo Barbera, who had played with names like Lita Ford and The Motels.

The band did not release any official albums. But occasionally offered CDs of their live shows for purchase after the shows through the DiscLive service. They released a live concert DVD in 2003 titled LA Woman Live as The Doors of the 21st Century

In an interview with Classic Rock magazine back in 2012, Ian Astbury recalled the first time he met The Doors members, saying: “They waited thirty years and the courtship was quite a long while. I was introduced to Ray, Robby and John Densmore when the Doors movie was being made in 1990.”

“I was invited to a party in the Hollywood Hills. Michael Talbot, this famous metaphysical writer, was there. Timothy Leary and his partner was there. This Russian woman who was supposed to be a spiritualist was there. They were the only other people there – it was like I was being vetted in some way. Twelve or thirteen years later I got the gig.”