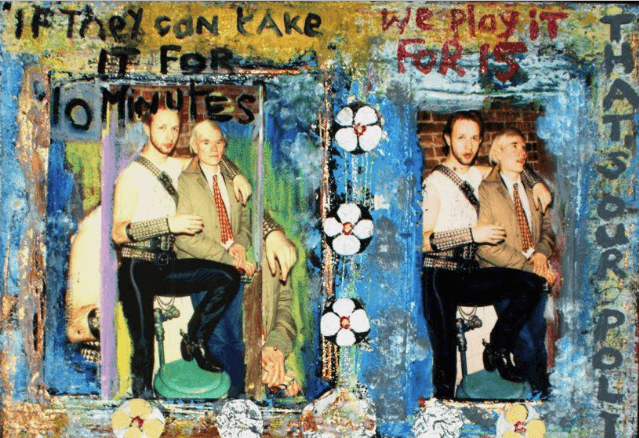 The legendary Metal God Rob Halford, talked about when in 1979 he met the amazing artist Andy Warhol.

Read what he told SiriusXM:

“We played the Palladium [in NYC] and then we had to do the Mudd Club like from midnight to 1 AM. It was an extraordinary night. That’s when we met Andy Warhol, which is like, ‘Oh my god, there’s Andy Warhol!’ 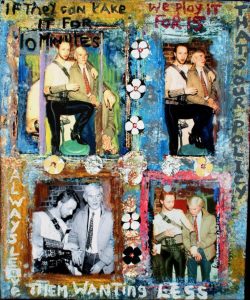 “He came backstage afterwards, I was talking to him and he had two words which were “oh” and “really.” I go, ‘Hi Andy, did you enjoy the show?’

“I thought I’m not really getting anywhere so I took my handcuffs off and I put one on his wrist and the other one on my wrist. And went, ‘Oh, really?’ And I go, ‘I got some bad news.’ ‘Oh, really?’ I go, ‘Yeah I don’t know where the keys are.’ ‘Oh, really?’ 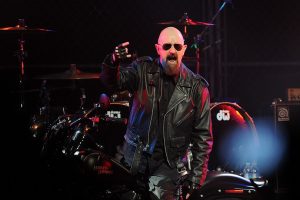 “I’m being a little bit facetious, he had more words than ‘Oh, really.’ But after that, me and Andy Warhol got into a yellow cab and went to [iconic disco club] Studio 54 together.

“Yeah, and that was when the guy who ran Studio 54 was there with the velvet rope and if you looked okay, ‘Yeah,’ if you didn’t look okay, ‘No.’ So me and Andy got out of the yellow cab, got into Studio 54, and I never saw him again. [Laughs]”