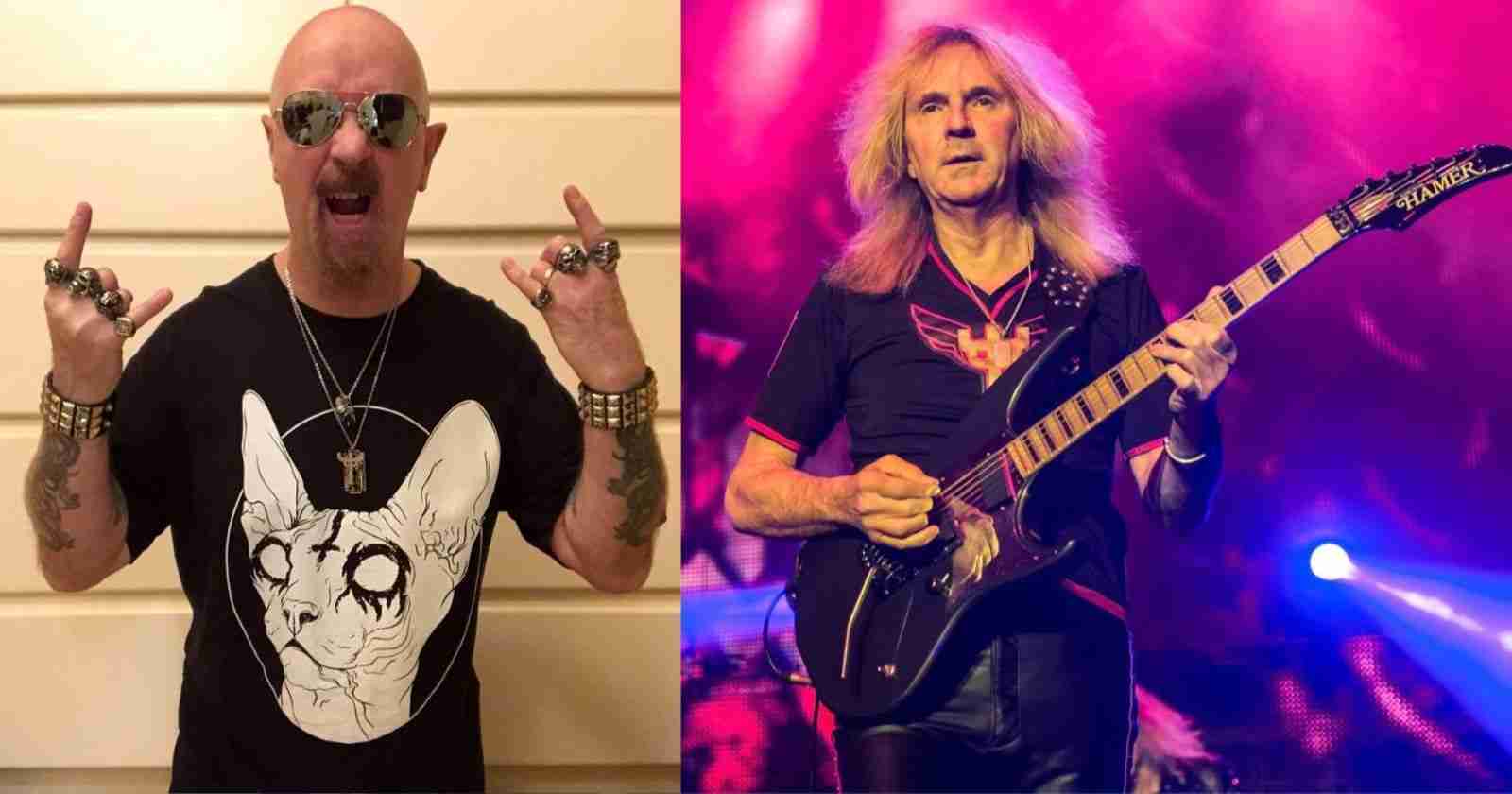 “He’s a wonderfully strong, beautiful man. And before this horrible pandemic closed everything down, we were working over at Glenn’s, writing material for the next Priest album, which will come out when it’s ready; we still have a long ways to go.”

“But we were there, and Glenn was making contributions. He can still play the guitar, albeit in his own particular way. Parkinson’s is a really cruel, terrible, horrible thing to happen to anybody – to see the physical debilitation that it creates. But your brain is still there – you’re still functioning as a person.”

“But in a guitar sense, it’s very, very difficult to play anything anymore. But like we say on this great song on the last Priest album, ‘Firepower’ – ‘No Surrender’. You don’t give in. You fight, fight, fight, and that’s what Glenn’s doing right now.”

“Incidentally, he has this wonderful Glenn Tipton Parkinson’s Foundation. We’ve raised hundreds of thousands of pounds for Glenn over the years, and we’re still continuing to do that. Some of the advances that they have in Parkinson’s now are extraordinary, but the funds and the finance to keep searching are vital.”

“But he’s doing great. He’s beautiful. I can’t wait to see him again and give him a hug.”