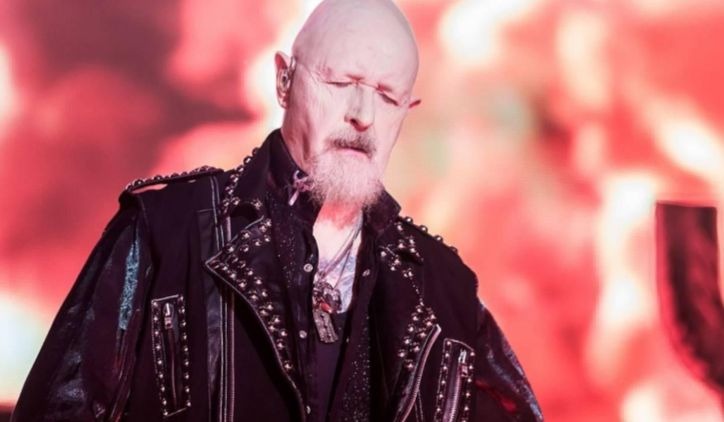 Judas Priest’s vocalist Rob Halford spoke in an interview with CBS SF about the possibility of a movie of the band. The format is up, thanks to films such as “Bohemian Rhapsody” (Queen), “The Dirt” (Mötley Crüe) and “Rocketman” (Elton John), as well as upcoming David Bowie, Sex Pistols and others coming soon.

“Well there’s been loads of unauthorized documentaries floating around for a while, but not to the level of Bohemian Rhapsody. I haven’t seen The Dirt yet, but I will watch it. I love Crue. They’re good friends of mine. So I don’t know. Priest has had a very interesting life. We’re one of the longest surviving working heavy metal bands and a lot of our life story has been documented, but a lot of it hasn’t.”

“I think you have to have a strong storyline to really push, otherwise it kind of falls flat in today’s sensationalist TMZ world. You’ve got to have some stuff going on there. For us in Priest, that’s difficult, because we’ve always tried to keep the privacy of what happens offstage in its correct place.”

“But having said that, there’s no doubt the story that we’ve told musically, the way we came from where we came from and our place in this style of music called heavy metal, there’s a lot to focus on there that would be really interesting.”

“Every band is made up of different characters. I think that’s the attraction of Bohemian Rhapsody, which I thoroughly enjoyed. Although, being a Queen fan, I know everything about that band, so I didn’t see much that I didn’t already know. But I thought that Remi was brilliant and so were all the other actors. I think it was a superb effort. But as far as Priest, who knows? We’ll have to wait and see.”