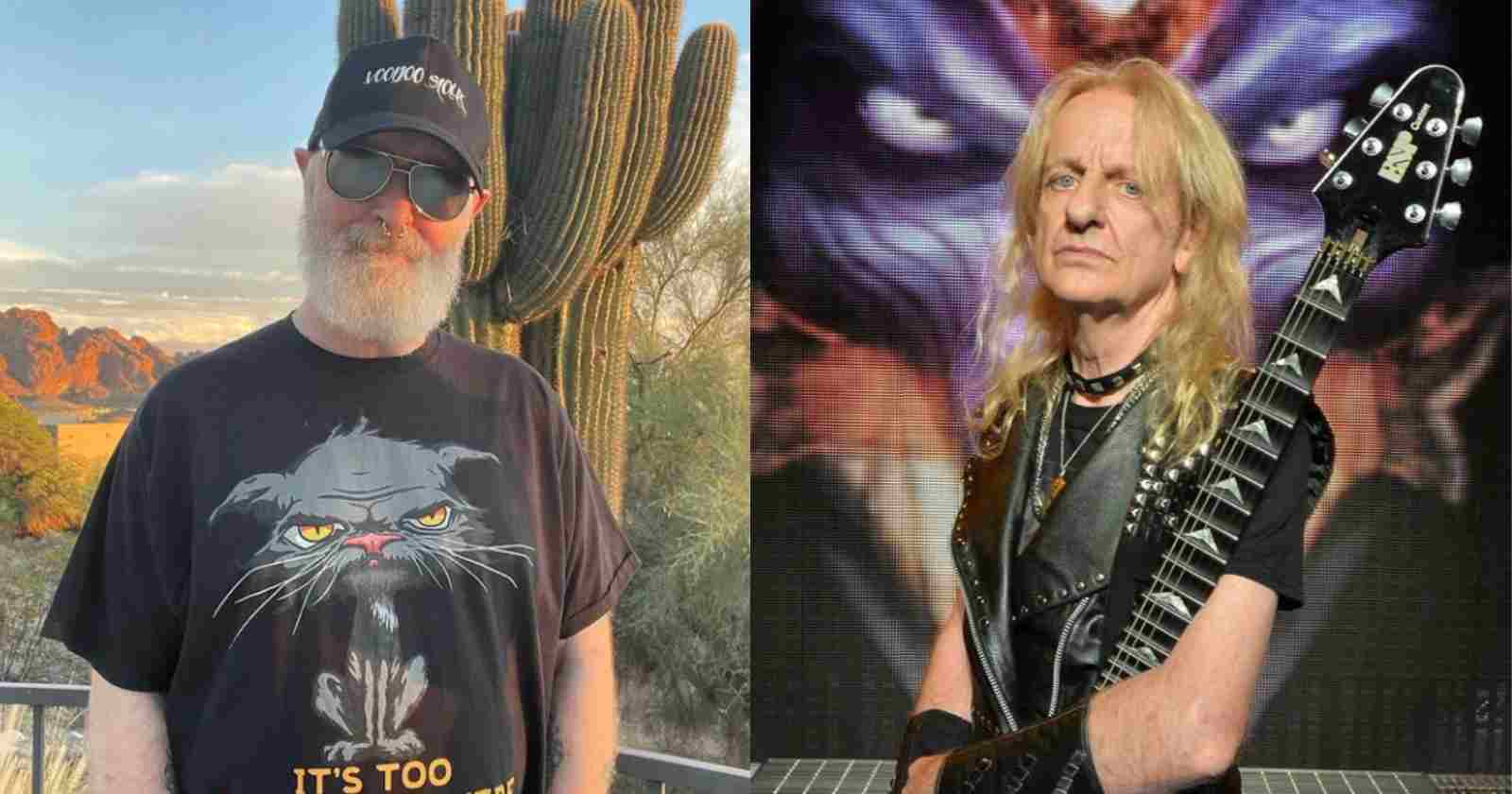 The Judas Priest vocalist Rob Halford said in an interview with Ultimate Classic Rock that the band is talking with the ex-classic guitarist of the band K.K. Downing who is out of the group since 2011 when he announced his retirement. Over the years Downing who recently formed his own group KK’s Priest, said that he actually kicked out of the band, because when he decided he didn’t want to retire anymore they didn’t accepted him back.

“Everybody’s been very cool and agreeing. There’s just been (an attitude of), ‘Let’s just relish this opportunity and jam and put everything on 11.'”

“We are gonna play live because there is all this roar: How are we gonna do it? Because we want to try and make the best things happen. So the best things to happen are to bring in all of the people that are included in the induction — which includes, obviously, K.K. and Les, and Dave. So, we’ve been able to work things out, so we will be playing live. We’ve got, like, eight minutes and 24 seconds and a half-second to play live.”

“We’ve got a couple of cool things that are gonna take place on the night that will be held under wraps like most people do because you don’t want to give everything away. But yeah, look: A bunch of guys from the U.K., from the West Midlands, a Birmingham band of heavy metal, is being inducted into this great institution. So we’re gonna make the most of it and have a great night out and live a lot of metal memories,” Rob Halford said.

The institution is criticized for not giving much attention to Heavy Metal bands over the decades. Until today only a few like Black Sabbath and Metallica were inducted.

Other bands that will be honored this year

Alongside Priest, bands like Eminem, Dolly Parton, Duran Duran, Lionel Richie, Pat Benatar, Eurythmics and Carly Simon will also be honored this year at the Rock and Roll Hall Of Fame.