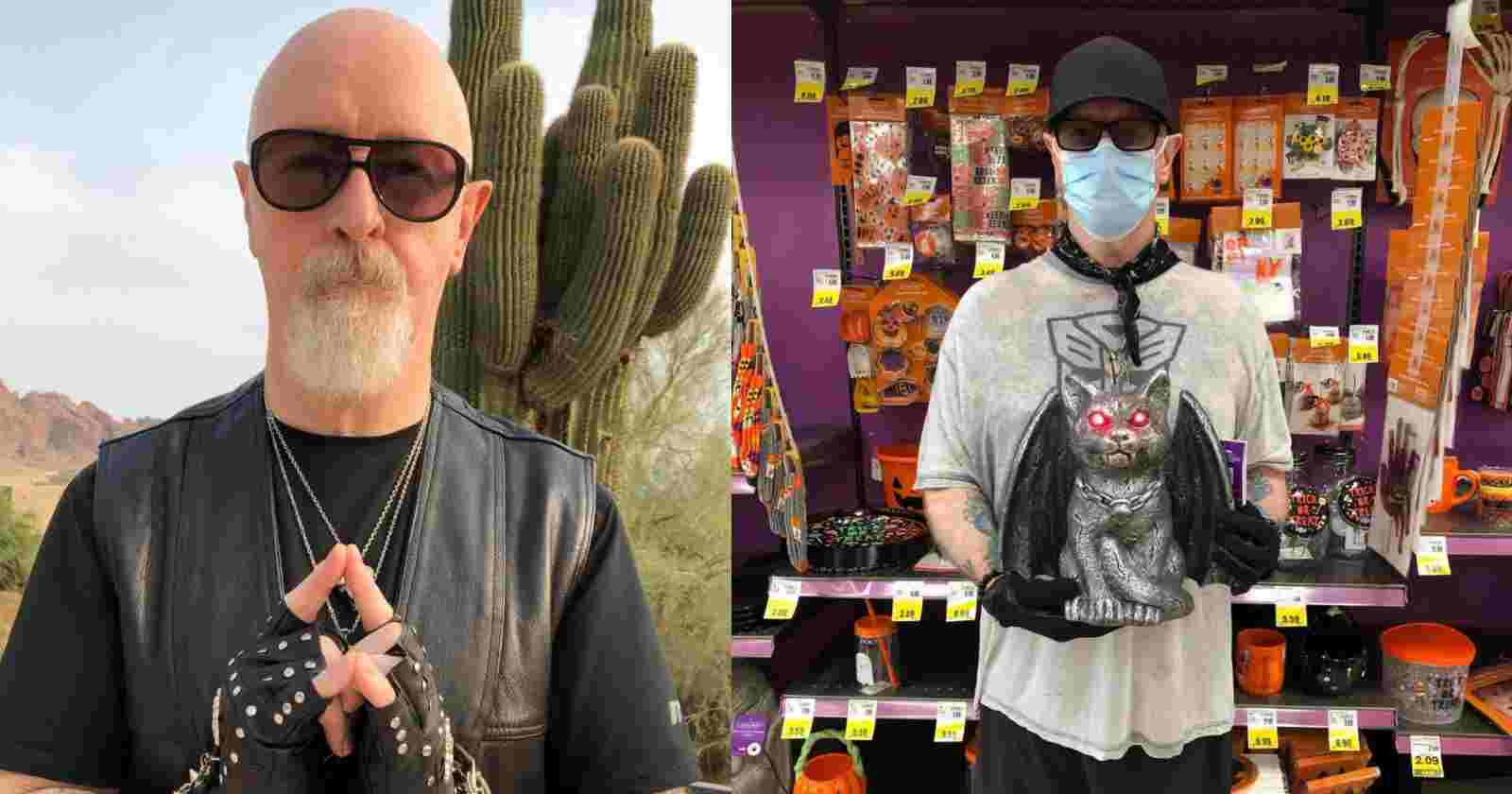 2020 was a terrible year for everyone due to the Covid-19 pandemic. In an interview with Rolling Stone magazine, Judas Priest vocalist Rob Halford revealed how his year was and shared his favorite songs, albums and TV Shows.

“The Very Beast Of Dio (compilation). Throughout this year, as it’s been for many, I love to listen to the unmistakable power of my friend Ronnie James Dio and this compilation album. No matter what time of day, I can plug in and re-energize with his unique voice.”

His favorite TV show to stream during quarantine was:

“So many to get loose and lost in. I’ve been purging all the streams. But The Crown for me has been gripping entertainment. As you know, I’m a royalist (“Oh heavy metal why do they play it so loud!” QE2 once asked me). Brilliant in every aspect.”

Five Finger Death Punch nailed it with “A Little Bit Off.” Especially with their video showing a ghost town Vegas, which the world usually sees as being a 24/7 action zone.

He would define his current state of mind as:

“You know me as a “light at the end of a tunnel” person, which I feel is a healthy mental way to live. So right now I’m still in a hopeful state of mind.”

The viral video he kept coming back to in quarantine was:

“I loves me some pussy (cat), and the goofy head-banging cat that’s cropped up recently and been re-memed loads is a kick.”

“Decades ago, I witnessed David Bowie as Ziggy Stardust live in concert, and this character and the songs he weaved around it made his album with the Spiders From Mars comfort music food for my ears.”

The old-favorite movie he returned to for comfort this year was:

“Are the Peter Jackson Lord of the Rings [movies] old? If they are, they fit the bill as a great display of life and everything about it. Epic on 11 scale.”