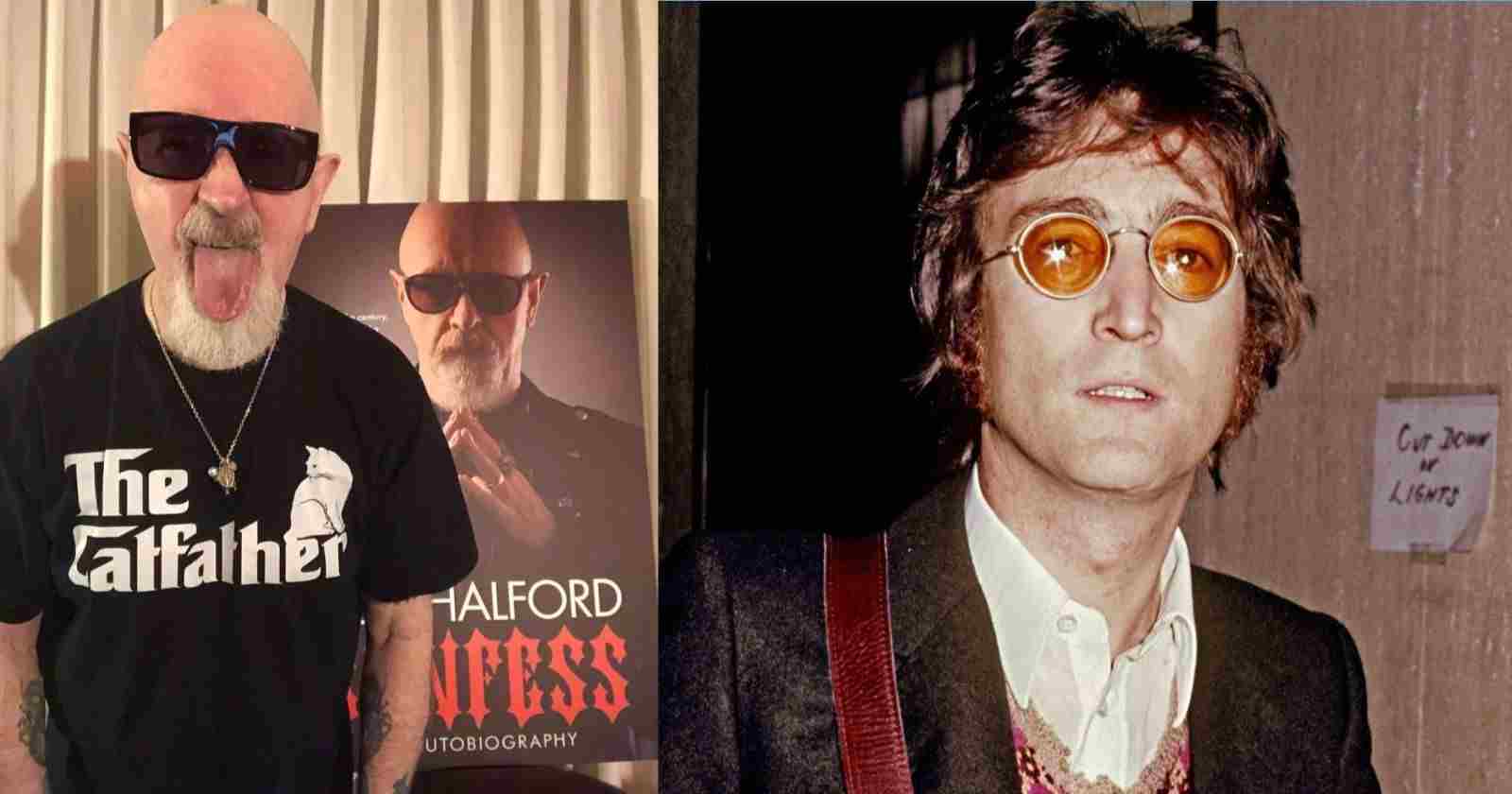 Judas Priest recorded the classic album “British Steel” at Ringo Starr’s house, where John Lennon recorded the “Imagine” video. In an interview with Cassius Morris Show ,vocalist Rob Halford revealed he “stole” an object of the house and said that if Yoko Ono wants it back he will be glad to give it back to her.

At the time, the house was owned by Ringo Starr, so the interviewer asked him if he met the Beatle and he said: “I’d love to, but I never met the man – I still haven’t. I’ve never met a Beatle in my life. His studio managers and record people they took care of all of the bookings and payments, and so on and so forth, for the time that we were there.

“But the fact that you could walk around a house that was used in Lennon’s videos when he was on the lake. Or when he was walking around that room, Yoko is opening the window shades… And then there’s that kind of jaw-dropping moment that hits me every time when Yoko walks past the table and there are these Perspex objects on the table. I actually have one of those Perspex objects in care, looking after it. Because I found it in this room that they put me in to do the vocals.”

“That’s the object, the obelisk. I’m in this room that Tom Allen put me in because he wanted a very very dry type of vocal sound. So I was in this very little teeny tiny room. And I was in there one day just waiting for the take to start. I’m looking around me and I see all these gold and silver and platinum Beetles awards. ‘Oh my God, that stuff’s collecting dust!'”

“Because it literally was collecting dust! I mean, when you think about the awards that those guys got, hundreds, probably thousands of them. Where do you put this stuff? There’s too much to put on the walls.”

“There’s all this stuff around me, and then I see in the corner, there’s this Perspex obelisk, about just over a foot tall or whatever, and I know what it is right away because I’ve seen that video ‘Imagine’ a million times.”

“And I left it there, and then as we came to leave, to finish the sessions, I just took it! I didn’t steal it, because, in my own perception, that thing was collecting dust. I wanted to take it to a place where it would be on display, which it is.”

“And it’s safe and it’s sound. Because a little while after that the house was sold. I’m sure the movers went in and cleaned a lot of stuff out. Might be a lot of stuff that went into the dumpster. I was just horrified that stuff like that might have ended up in the dumpster!”

“So I have that on loan. And I’ve always said John would have celebrated his 80th birthday just recently [on October 9], and in talking about working there at Lennon’s and Ringo’s place. I’ve always said, ‘Yoko, if you ever hear me speaking and you want that object back, get your people to contact my people.'”

“I always have this kind of a fantasy dream, this kind of bittersweet. Where there’s a picture of me giving this back to Yoko, and the metal tears are flowing, and, ‘I’ve kept it for you, Yoko!’ And I’m hoping she’d say, ‘It’s OK, Rob, keep it. You’ve cherished it, it means more to you,” Rob Halford said.