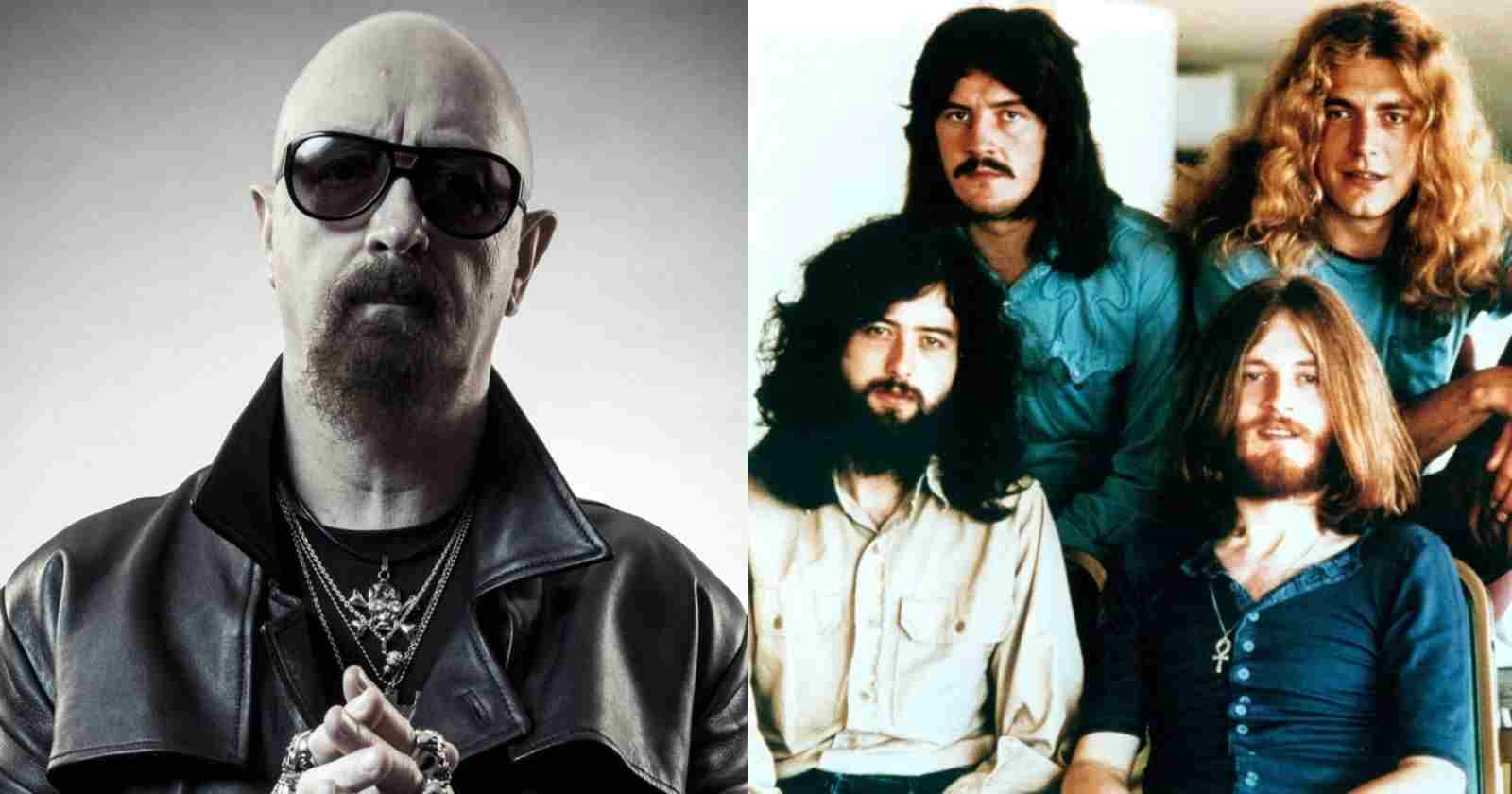 Judas Priest singer Rob Halford will release his autobiography called Confess and revealed an excerpt of the upcoming book to Metal Hammer. The part released recalls when Judas Priest opened for Led Zeppelin back in 1977.

Rob Halford said about when Judas Priest opened for Led Zeppelin back in 1977:

“When you wake up from a vivid, vibrant dream, dull reality can feel seriously deflating. Touring America had been like living a fever dream – or, if I am honest, a wet dream! When I got back home, for a few days I hit a major slump.”

“After weeks of traversing the States, running wide-eyed around the fleshpots of Times Square and jumping around for 80,000 Zep fans, I couldn’t help but feel flat when I was waiting in the piddling rain to get the bus to the Dirty Duck.”

“I’d been out and seen the world, and the Yew Tree Estate in Walsall suddenly felt very small. Coming off tour can be such a comedown. One minute you are wowing crowds, signing autographs, and being interviewed on the radio.”

“The next, you are trudging to the corner shop and coming back to be told off by your housemates for forgetting the Rizlas. You feel like you want to tell people everything you have done, but they don’t always want to hear it. ‘How was America, Rob?’ a mate would ask me down the Duck. ‘Oh, God, amazing!’ I’d say. ‘New York was incredible, and St. Louis, and Robert Plant is such a great guy…’

“‘Oh, yer? Sounds great!’ they’d say. ‘I’m tekkin’ the motor in for its MOT tomorrow… “I was young and precocious, and it was frustrating – but now I’m older, I can see that that downbeat, matter-of-fact Black Country nature, that deadpan refusal to blow smoke up anyone’s arse, has been a blessing for me. Because, without it, I might have turned into a right dickhead.”

“But I didn’t have too much time to feel sorry for myself – because Priest had another album to make. CBS gave us a new producer for the album that was to become [1978’s] ‘Stained Class’: Dennis Mackay, who had an eclectic CV that included producing Curved Air, Gong and Tommy Bolin. We began work at the live-in Chipping Norton Recording Studios in the Cotswolds.

“Those sessions were the first time I became aware of tensions within our twin-guitar attack of Glenn [Tipton] and Ken [KK Downing]. They normally rubbed along OK, on the surface at least, but there was no denying that they were very different characters.

“Glenn was – and always has been – a very confident, assured, driven individual. He knows what he wants to do and how he wants to do it. From the start, he had a very strong vision for how he wanted the band to sound, and that was coming to the fore on ‘Stained Class.’

“He and I wrote the title track to the album and ‘Exciter,’ and he wrote ‘White Heat, Red Hot’ on his own. Yet probably my favorite track on the album was penned by me and Les Binks. Les had settled in well as Priest’s drummer, and he and I wrote ‘Beyond the Realms of Death’ (that Roget’s Thesaurus was worth its weight in gold!) together.

“It was a song about a protagonist who was struggling through the world, at the end of his tether. It had some very personal lines: ‘I’m safe here in my mind/I’m free to speak with my own kind/With my own kind.’ Because, in 1978, the idea of being able to talk to other gay men, openly, freely and without stigma, seemed as likely as pole-vaulting to Mars. I just knew: It will never bloody happen.”