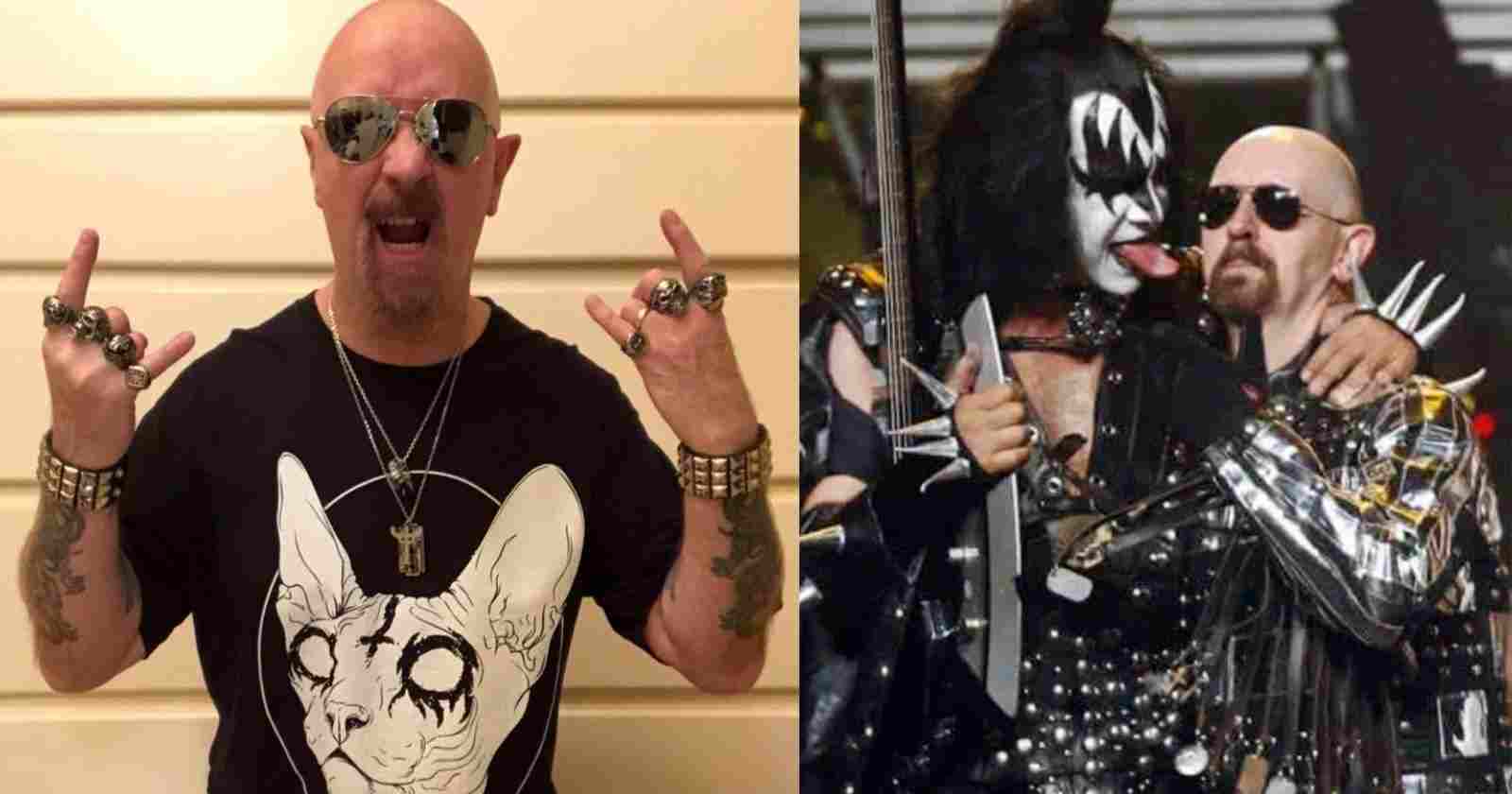 Judas Priest vocalist Rob Halford gave his opinion about Kiss in an interview with Three Sides of a Coin and recalled when they opened for Gene Simmons and Paul Stanley band in the 70’s, revealing how they were treated.

Rob Halford gives his opinion about Kiss and recalls when they toured:

“I remember everything. It was just one of the most exciting metal memories that I can recall. Firstly, we were thrilled to find out that Gene [Simmons, bass] and Paul [Stanley, vocals/guitar] were and still are big fans of Judas Priest.”

“That’s always a thrill, to have your fellow musicians say how much they enjoy what you do. And let me tell you that we as Judas Priest have always felt the same way towards KISS. Richie’s [Faulkner, guitar] a massive Kiss fan as is Glenn [Tipton, guitar], and Scott [Travis, drums], and Ian [Hill, bass], and we’re all big, big fans of the band. So we were absolutely floored when we got the call that Gene and Paul would like you to come out and be special guests on this massive tour of the US.”

“And so we did. They are instrumental in letting Priests have the opportunity to spread them at the British Metal Gospel along the way with them. And they were great, they were very gracious, they gave us what we needed as far as what was required for us on stage.”

“They were like, ‘Whatever you need, let us know. We’re in this together, we live the same lives, we support each other, we help each other.’ That’s what KISS has always done outside of the music. As guys, they’re just beautiful people.”

“And so it’s great that we have this ongoing relationship with KISS. And we were supposed to be doing a show together around now, I think. We should have been in Europe doing a show together but we’ve rescheduled that. I hope we can do that show together in 2021. So the friendship and the love and support that KISS has for Priest and vice versa is as strong as it ever was.”

When asked if he would like to tour with Kiss again, Rob Halford said:

“I think that would be great. And why not? I mean, I think both of us – both bands – say, ‘Never say never.’ It works in both ways. KISS fans are Priest fans, and Priest fans are KISS fans. So it would be a wonderful celebration. Especially for both bands that have had such a long tenure in rock ‘n’ roll and heavy metal.

“We’re embedded in people’s lives. Both KISS and Priest – everywhere in the world there’s a KISS fan and there’s a Priest fan. So let’s take you around the world, guys, I’m ready!”