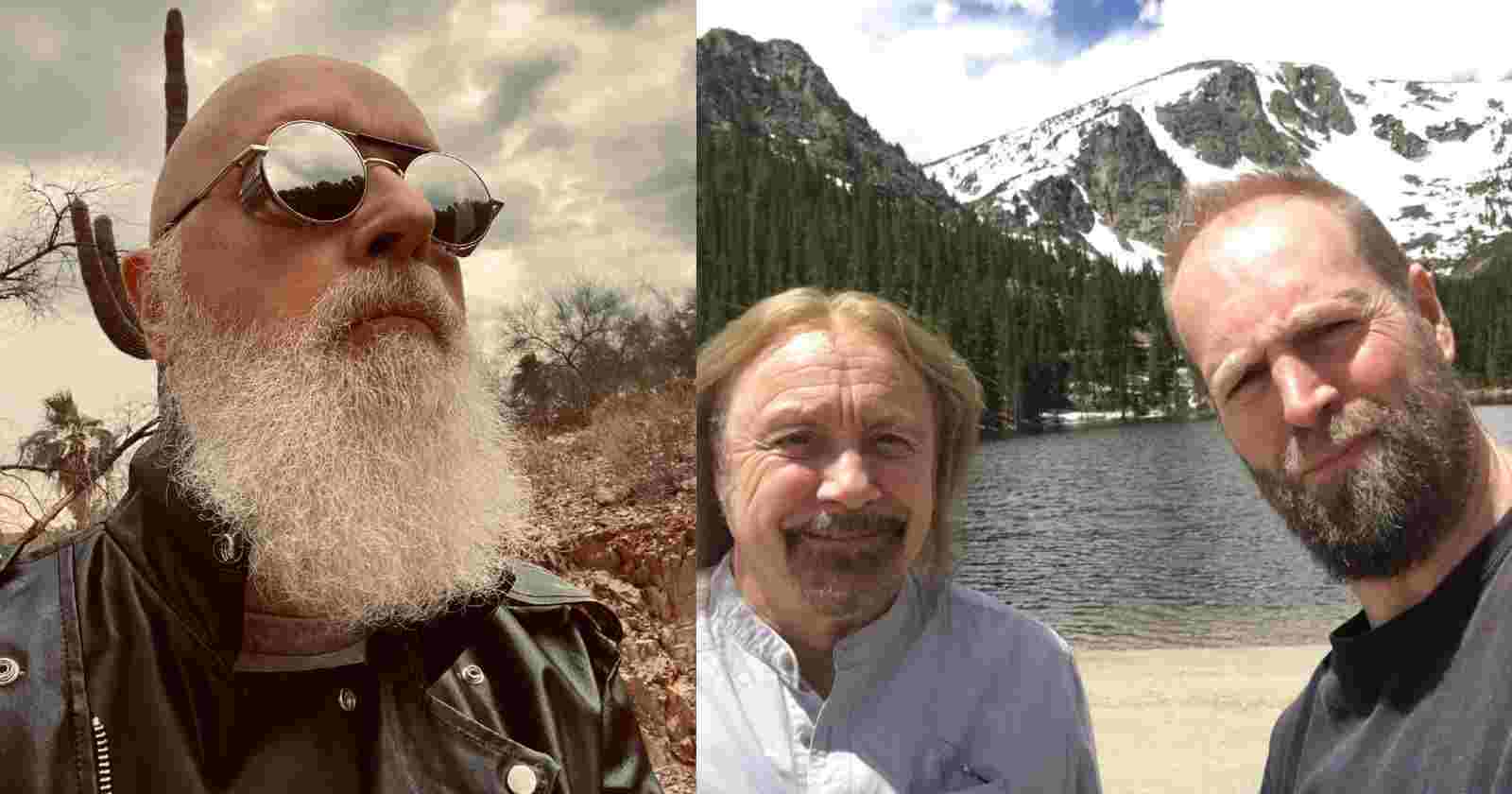 Rob Halford confirmed in an interview with Metal Pilgrim that producer Andy Sneap will again be Judas Priest touring guitarist. Sneap was already the band’s guitarist on tour during the last years replacing Glenn Tipton due to the musician’s struggle with Parkinson’s disease. Tipton however continues to help the band in the recording of their studio albums.

“I remember that month [of writing sessions] that we had [in February 2020] at Glenn’s [Tipton, guitar] studio. It was incredible. I love the start of any process of making a record – because anything can happen. We’ve always said, with Priest, is that we never really have an agenda or have an idea. The closest we got to that philosophy was the ‘Firepower’ album. We really wanted to focus on the classic elements of Priest, and I think we got the job done.”

“So this next one will have its own legs like they all do, its own character. Yeah, just talking now, I can hear the songs in my head, and they’re great. You think you can only go so far, but this proves that that’s a disputed idea. You can go as far as you wanna go, as long as you’re channeling all the proper ingredients, and the proper ingredients of Priest have always been the energy of metal, the power of metal, the endless opportunities.”

“And all of that is embedded in the fact that myself and Richie [Faulkner, guitar] and Glenn are still as hungry for writing new Priest material as we ever were. Particularly Glenn and myself have been doing it forever, but since Richie’s been with us, even more so.”

“Richie’s like this endless well of riffs and ideas. It’s just, like, ‘Oh my God. We need to stop now, we need to digest everything that you’ve just played us.’ So, we’re gonna be having probably two or three more writing sessions. So we feel we’ve got an album [written], pretty much, but we’re very self-critical and self-analytical of the work that we do, because we know we have a treasure trove of metal behind us, and we don’t want to drop the heavy metal world.”

“We want to make sure that this has the same essence, the same characteristics. Also the same class and quality that all of the Priest albums have had. And so it’ll be ready when it’s ready – I say that all the time. But I think we’re close. It’s gonna be sooner rather than later – that’s the best thing to say.”

Is Glenn still involved in the songwriting process?

“Oh, yeah. He’s still a guitar player. Obviously, he plays guitar differently now because he’s got this thing in his life – Parkinson’s – that he battles daily. But he’s never let that diminish him. He’s able to construct songs in a way that makes his input as valuable as it ever was. And so I know for a fact, because we stay in touch, he’s been building his own bunches of ideas, and Richie’s up in Nashville doing the same thing.”

“So we’re gonna be getting together soon – obviously because we’ve got Bloodstock [Open Air festival in the U.K.] coming up [in August]. But before Bloodstock, we’ll be seeing each other in the studio, and we’re gonna listen to all of the new stuff that we’ve all been compiling, as well as what we already have. And it’s gonna be a great day, man. It’s gonna take a couple of days to go through everything.”

“So, again, Glenn is still actively involved with Judas Priest, a hundred percent. Andy [Sneap, ‘Firepower’ producer and current Priest touring guitarist] is still standing in that spot for Glenn with Glenn’s blessing…”

“It’s pretty much a given [that Andy will be going out on tour with us again]. And my gratitude to Andy. It couldn’t have happened in a better way – if you wanna try and make something good out of it. It was a really important day when Glenn said, ‘I think it’s probably best if I step to the side and maybe we should let Andy come in.’ That was just a really beautiful act of selflessness. That’s Glenn treasuring Priest and Priest’s reputation, particularly in live concert more than anything else.”

“So bless Glenn for that. And as a result, Andy stepped in and did amazing work on the ‘Firepower’ tour, and we’re looking forward to doing the same thing with him on this 50th-anniversary [tour]. And don’t discount the fact that Glenn can show up.”

“He plays the guitar differently, but there’s no reason why Glenn can’t show up and do some work. I mean, I’ve said to Glenn, ‘Just walk out on stage and do that to everybody [flashes devil horns], and the people will just go fucking crazy, ’cause you are loved so much.’ But I’ve got a feeling that Glenn’s gonna be making the occasional appearance on this 50th-anniversary [tour].”