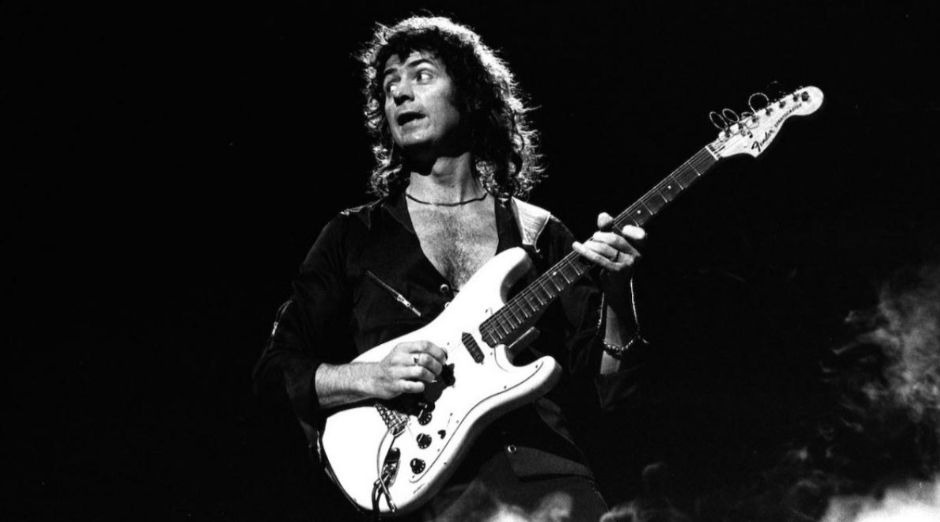 Ritchie Blackmore is one of the greatest guitarists in the history of music. And you’ve undoubtedly heard the great Deep Purple and Rainbow classics hundreds of times.. And now you can hear Blackmore’s amazing isolated guitar in the great classic “Space Truckin'”.

Blakcmore was very good, one of the highlights of 1960s blueseire England, but he realized he was falling behind. Mick Taylor, four years younger, was an ace of John Mayall’s Bluesbreakers who had taken a place in the Rolling Stones.

At 25, Ritchie Blackmore had decided it was time to be successful after three good albums, but with little repercussion. And so, in 1969, he turned his life and career into one of rock’n’roll paradigms.

At age 75 in 2019, to be completed this year, Blackmore slowly returns to rock. The musician who was responsible for the rise of heavy metal – alongside Jimmy Page (Led Zeppelin) and Tony Iommy (Black Sabbath) continues cultivating outsider fame.

As a member of Deep Purple, Blackmore was inducted into the Rock and Roll Hall of Fame in April 2016. He is cited by publications such as Guitar World and Rolling Stone as one of the greatest and most influential guitar players of all time.