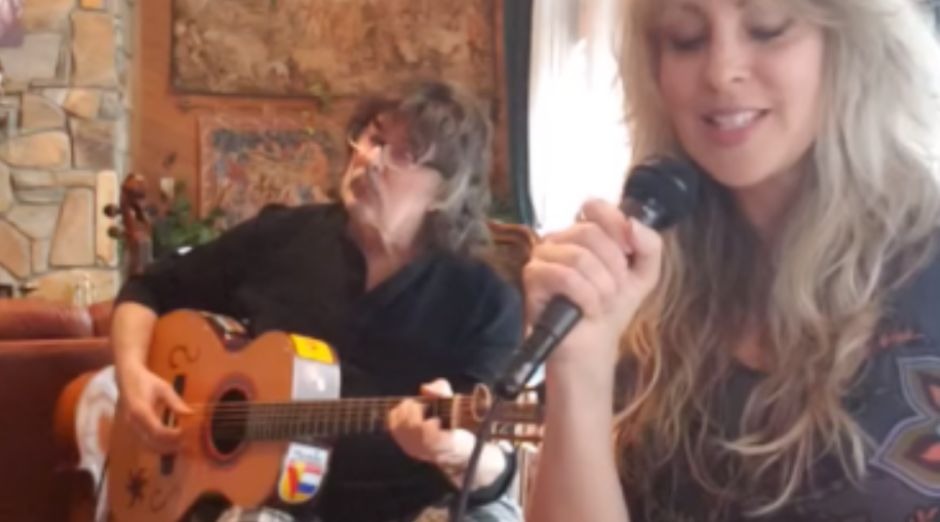 Ex-Deep Purple and Rainbow guitarist Ritchie Blackmore  posted a live video at his home, where he and his wife Candice Night play a version of the classic “Diamonds And Rust”, written and recorded by Joan Baez, in 1975. The was already covered by Judas Priest, in 1977, on the album “Sin After Sin”.

“Live from Minstrel Hall. This quarantine has inspired us to revisit an old favorite and rework it a bit. What else is there to do while inside? Diamonds and Rust becomes Vacuum and Dust. Thank you Mr Coverdale for inspiration! Stay safe, stay healthy, stay indoors and stay sane! tune in at 10p for live performance on https://m.facebook.com/ritchieblackmore/”

The musician is currently working with his new version of Rainbow. He is the only original member on the line-up. In 2019 they released a new track called: “The Storm”. That is described as a remake of “Fires at Midnight,” Blackmore’s Night 2001 track. The new release is credited as having been composed by Blackmore with lyrics by wife Candice Night. It was recorded by Rainbow’s latest version with singer Ronnie Romero.

Shortly after he was born, Ritchie moved from Weston-Super-Mare to Heston, Middlesex, then two years old. His father bought him his first guitar in 1955, when he was 10, and gave him some classical guitar lessons. Interestingly, at the beginning Ritchie was not very talented and took a long time to learn the instrument, until, at 13, his father – already without patience – said that he would break his guitar if he did not progress, otherwise he would be seriously punished.