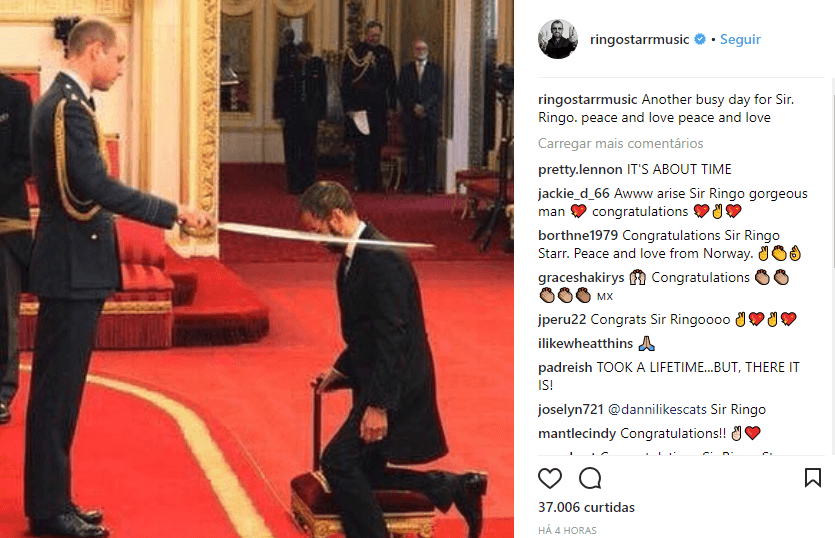 Ringo Starr received today the title of Knight of the British Empire, for the services rendered to the music. At age 77, the Beatles drummer received the title of Prince William, Duke of Cambridge, at a ceremony at Buckingham Palace.

In a BBC interview, the musician commented on the honor: “This means a lot. It’s a recognition for the things we’ve done, and I was very happy to receive it.” The drummer still admitted to being nervous at the ceremony: “I was shaking a little there, alone.”

The honor came 21 years after Paul McCartney received the title, and 53 years after the Beatles in 65, were named Members of the British Empire.