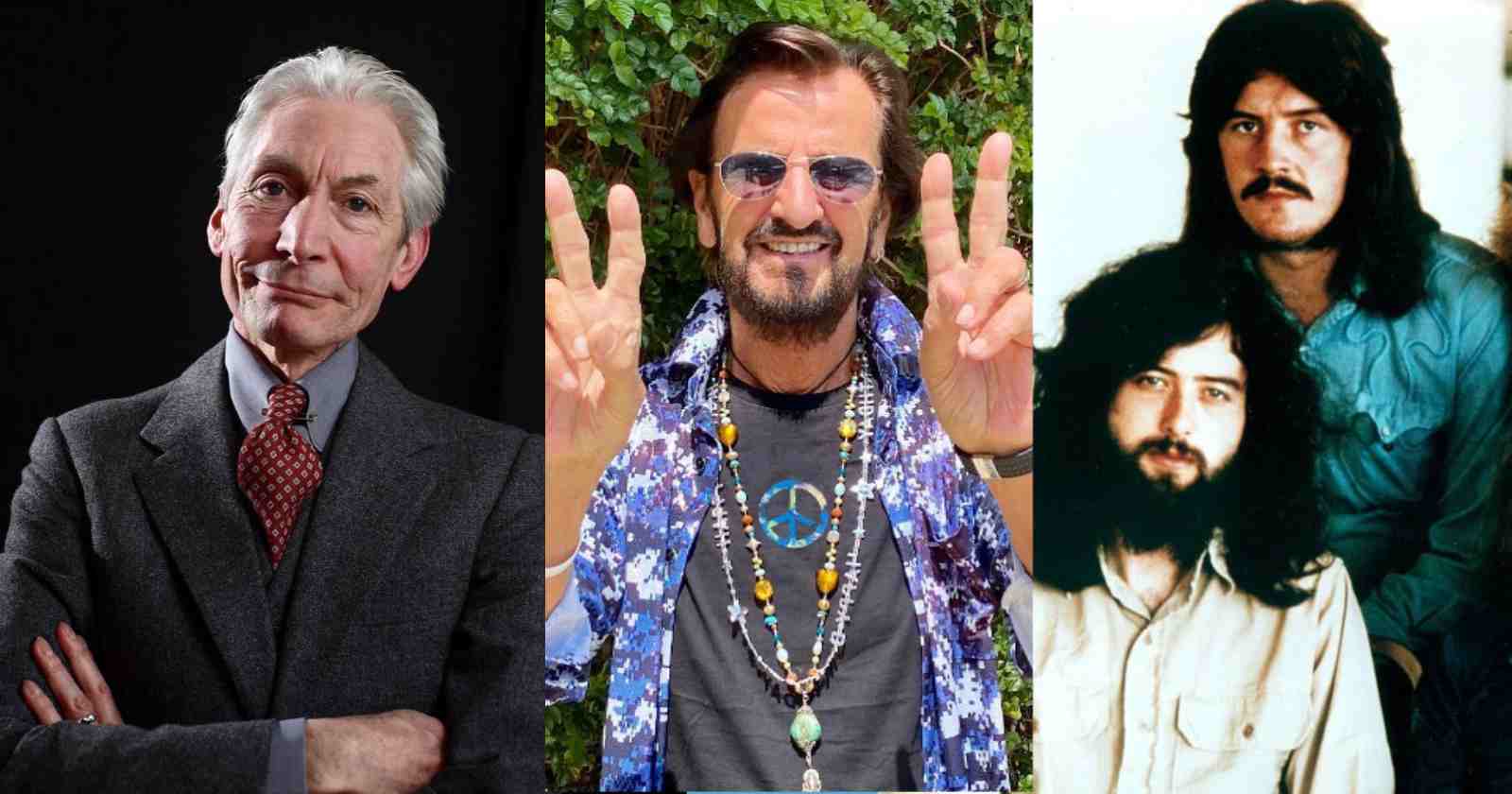 Photos from Stones and Ringo's Instagram and Everett Collection

Legendary Beatles drummer Ringo Starr recalled in an recent press conference reported by Ultimate Classic Rock that the Rolling Stones drummer Charlie Watts and Led Zeppelin drummer John Bonham visited his house once. The musician recalled that him and Watts had to hold a drum kit while Bonham was playing.

“I had a drum kit up in the attic – it was like a cinema attic, music, whatever you want to do up there,” Starr said during a recent press conference. “Charlie came, and so did John Bonham. We’ve got three drummers, just hanging out. Bonham got on the kit. But because it was just like … you know, it’s not like onstage, where you nail them down, so they’re steady. It was just like there. So as he was playing, the bass drum was hopping away from him.” Ringo then said that him and Charlie had to hold the drum kit so that Bonham could continue to play.