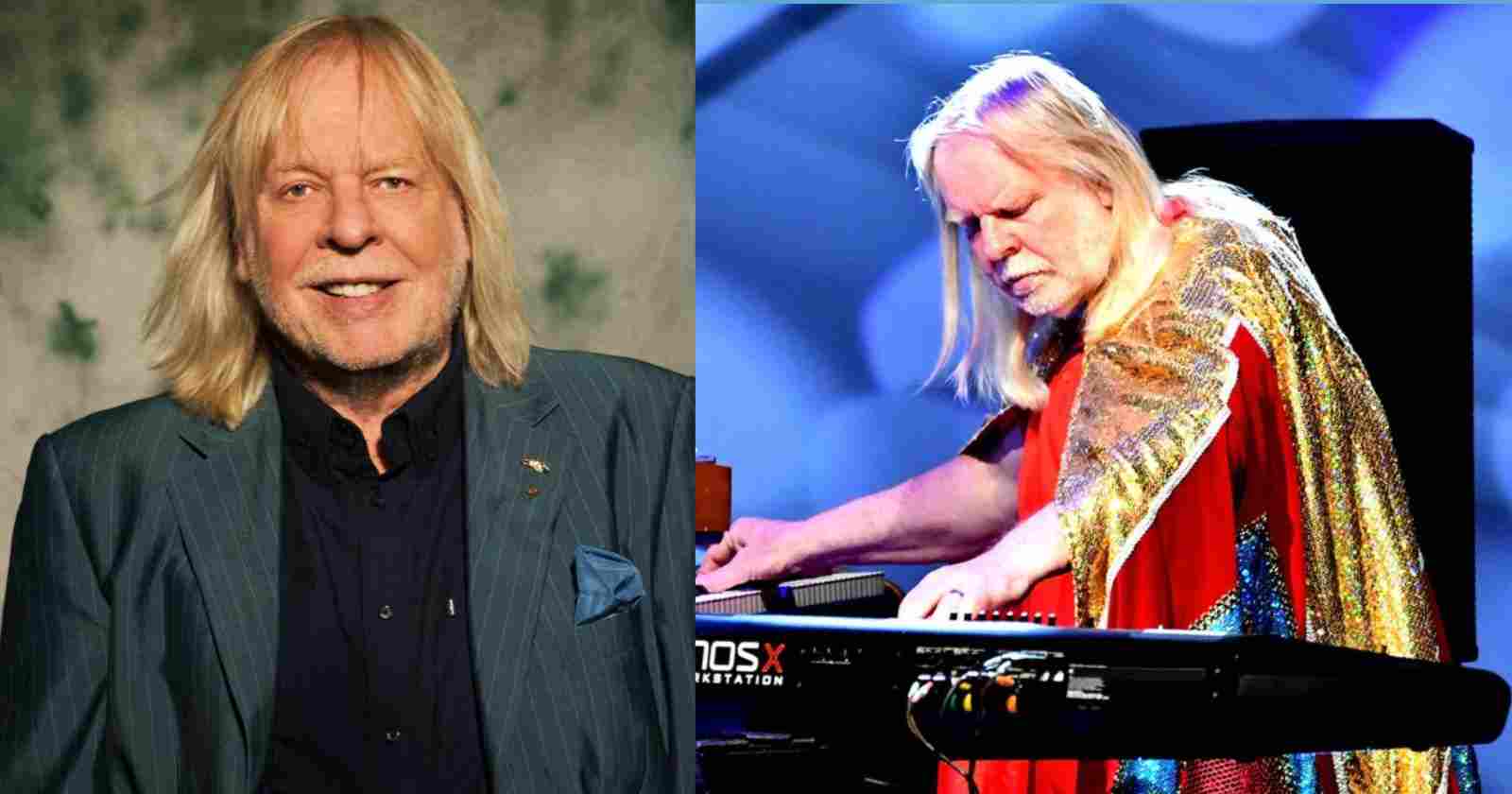 Legendary keyboardist Rick Wakeman (Yes) revealed in an interview with Classic Rock magazine his favorite singer, guitarist and songwriter. The musician also talked about the first song that he performed live: “‘Buy A Broom’, the first piece in the Della Quale Here We Go First Book For Children’s Piano. I performed it live in front of about forty parents. My music teacher used to run concerts every month for her pupils’ parents. I’d been with her for about two weeks, so I was the youngest there.”

“Freddie Mercury I like because of his operatics, and Bruce Dickinson has got a lot of class. I like voices that are instantly recognisable. Roger Daltrey is another one, and Robert Plant. If you take Robert out of Led Zeppelin you haven’t got Led Zeppelin any more.”

“Brian May. He’s such a unique player. There are very few guitarists that the moment you hear them you know who it is. Brian is one of those. Eric Clapton’s another. When Cream’s Strange Brew came out, everybody went: “What’s that?” Every band were playing like The Shadows, then along comes Eric and changes the whole face of guitar work.”

“Pete Townshend. Because he doesn’t just churn them out. A lot of thought goes into what he does. When he gets an idea, he works on it and perfects it. So Pete’s right up there on my list.”

“The original Tubes. There must have been about ten of them originally – they had backing vocalists, dancers – and they had the most amazing stage sets. [Singer] Fee Waybill was light years ahead of the game. I remember seeing them for the very first time in a small club in San Francisco, and I was dumbstruck by how good they were. Jaw-dropping, slick, incredible.”

“Probably for a mixture of excitement, music and everything else, I would have to go for Led Zeppelin at Madison Square Garden, which was just electric.”

“Hunky Dory by David Bowie. It’s faultless, such great musicians, there wasn’t anything that wasn’t right about that album”.

Richard Christopher Wakeman (born 18 May 1949) is an English keyboardist, songwriter, producer, television and radio presenter, actor and author. He is best known for being in the progressive rock band Yes across five tenures between 1971 and 2004 and for his solo albums released in the 1970s.

Born and raised in West London, Wakeman intended to be a concert pianist but quit his studies at the Royal College of Music in 1969 to become a full-time session musician. His early sessions included playing on “Space Oddity”, among others, for David Bowie, and songs by Junior’s Eyes, T. Rex, Elton John, and Cat Stevens. Wakeman became a member of The Strawbs in 1970 before joining Yes a year later, playing on some of their most successful albums across two stints until 1980.