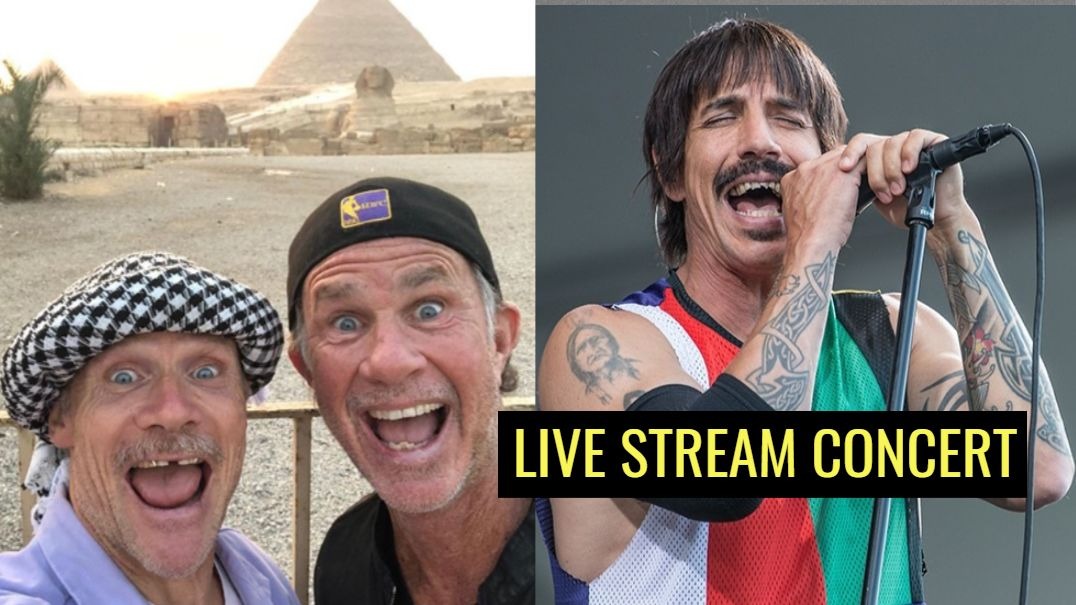 Red Hot Chili Peppers concert on the Egypt’s pyramids will be streamed live this Friday (08). The concert will happen at the Pyramids of Cheops, also known as the Great Pyramid of Giza in Egypt.

Bassist Flea says in the press release that he has a fascination with knowing new cultures and the possibility of making new friends. “It’s happening again now, my heart is full of joy at the prospect of performing in Egypt. I am very grateful to live this new experience,” says the musician.

Since the Red Hot Chili Peppers announced the show in Egypt on January 16 of this year, many details about the presentation have not been released, both the social networks of the Californian group and its official website have been limited to show a banner with the date of the presentation with the indication that the show will be in the “pyramid”.

And they are already there:

@chadsmithofficial and I enthused about the Sphinx and pyramid

Currently, the band consists of founding members vocalist Anthony Kiedis and bassist Flea (Michael Peter Balzary), longtime drummer Chad Smith, and former touring guitarist Josh Klinghoffer. Red Hot Chili Peppers are one of the best-selling bands of all time with over 80 million records sold worldwide, have been nominated for sixteen Grammy Awards, of which they have won six, and are the most successful band in alternative rock radio history, currently holding the records for most number-one singles (13), most cumulative weeks at number one (85) and most top-ten songs (25) on the Billboard Alternative Songs chart. In 2012, they were inducted into the Rock and Roll Hall of Fame.