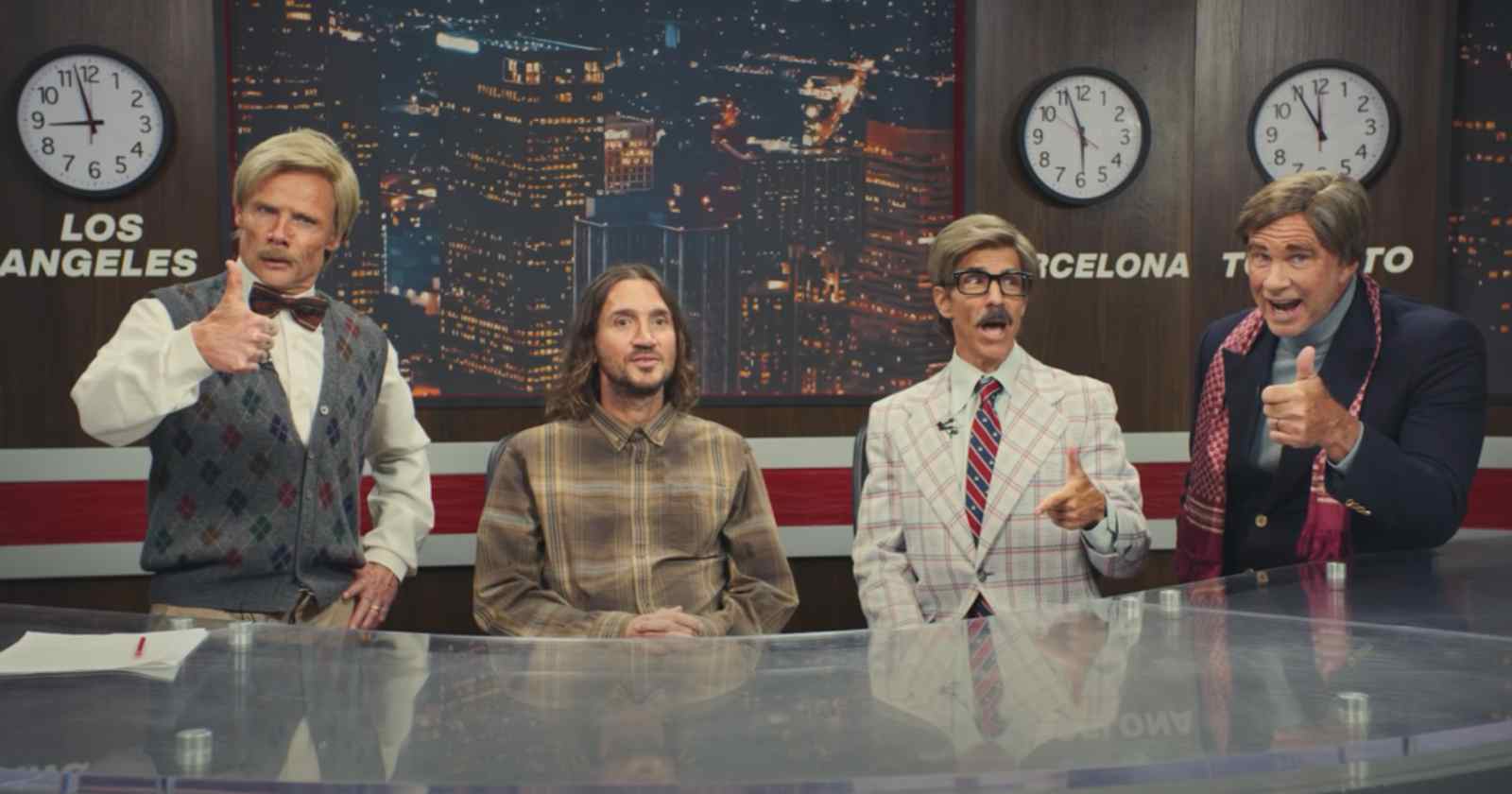 Red Hot Chili Peppers announced a world tour in a funny news sketch with Anthony Kiedis, Flea and Chad Smith portraying newscasters that were interviewing guitarist John Frusciante that returned to the band recently after 10 years. No dates were announced yet.

John Frusciante recorded 5 albums with the band. He joined Red Hot Chili Peppers at the age of 18. In the 1989 Mother’s Milk album for the first time. Also, the following album, Blood Sugar Sex Magik was a complete success.

The Red Hot Chili Peppers were formed in Los Angeles by Kiedis, Flea, guitarist Hillel Slovak and drummer Jack Irons. Because of commitments to other bands, Slovak and Irons did not play on the band’s 1984 self-titled debut album, which instead featured guitarist Jack Sherman and drummer Cliff Martinez. Slovak rejoined for their second album, Freaky Styley (1985), and Irons for their third, The Uplift Mofo Party Plan (1987). Slovak died of a drug overdose on June 25, 1988; Irons, devastated, left the band.

With new recruits Frusciante and Smith, the group recorded Mother’s Milk (1989) and their first major commercial success, Blood Sugar Sex Magik (1991). Frusciante was uncomfortable with their newfound popularity and left abruptly on tour in 1992; he was replaced by a number of short-term guitarists, culminating in the addition of Dave Navarro, who appeared on the group’s sixth album, One Hot Minute (1995). Although successful, the album failed to match the critical or popular acclaim of its predecessor. Frusciante and Kiedis struggled with drug addiction throughout the 1990s.