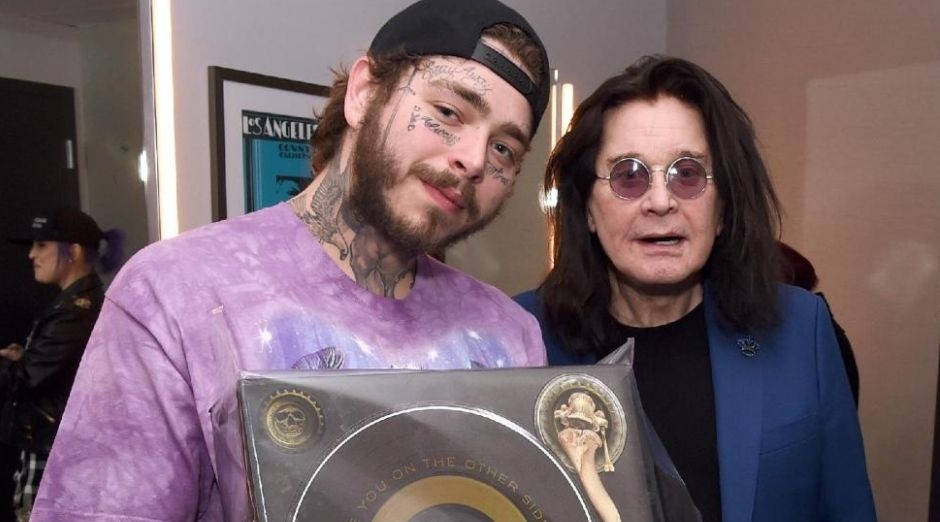 The rapper Post Malone that is winning the pop music charts for the last few years and recently recorded a song with Ozzy Osbourne revealed his favorite Heavy Metal bands. He listed the bands in a livestream with Megadeth‘s bassist David Ellefson and explained why.

“I’d say y’all. I mean, Megadeth has gotta be the best for me. And I love Megadeth, I love Metallica… I love… Fuck, man. So much shit… I love Pantera. I got to meet Phil [Anselmo] backstage at a show, and he’s a cool-ass dude, and he talks like this [adopts a deep voice]. I’m, like, dude, it’s gotta hurt to talk [like that], but he’s still fucking got it.”

The musician has a Dimebag Darrell tattoo and also went to see Slayer‘s last concert in 2019. Recently he made a livestream only playing Nirvana covers.

Recently David Ellefson released a cover for Post Malone’s song “Over Now”. The track will appear on Thrash Metal bassist new untitled debut solo album that will be released in October.

“We’re all fans of Posty, and he’s also been a huge fan of Megadeth and all things metal. Aside from being a great song for any genre, our cover of ‘Over Now’ is our way of showing our mutual admiration and paying homage to our friend,” said Ellefson.

The bassist continued, saying: “The old adage used to be that if you could strip a song down to just an acoustic guitar and a vocal, you probably had a great song. But times have changed now, that if you can take a song from another genre, and seamlessly transform it to a completely different genre, it just proves what a great song it really is.”