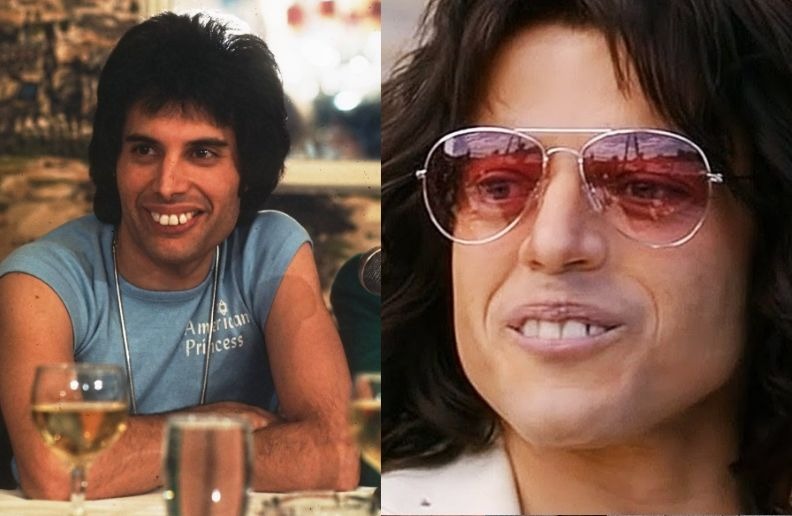 Much was said about the denture that Rami Malek used to live Freddie Mercury on Bohemian Rhapsody, especially with the first images released from the film. Now, the actor spoke a little about the difficulties of living the Queen singer. In an interview with The Wrap, Malek revealed what it was like to work with the accessory.

“They started out being very difficult to use. We tried all different sizes and when they first entered I felt very insecure, but immediately I made up for it. Physically, I began to sit with more posture and elegance and thought, ‘Oh, he’s so elegant!’ You see him covering his lips and teeth all the time, and I never got the hang of it. But as soon as those teeth came in, it was done. There were little things that were very informative for me.”

The actor also said that he did not know very well the period in which Queen began to be successful:

“I didn”t know he had a love named Mary Austin with whom he was for six years and whom he proposed. I tried to understand everyone’s brains. I was basically going through the phone book of a rock star and seeing if anyone would answer my call.”