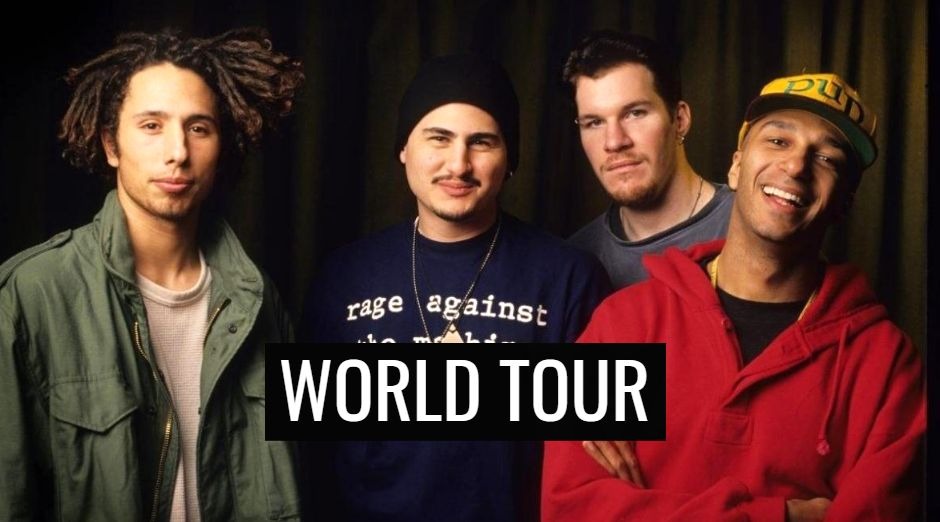 Rage Against the Machine is back and they announced now the first dates outside United States. The band will have a World Tour starting in USA and they will also play across Europe and more dates can be announced soon.

Rage Against the Machine 2020 world tour