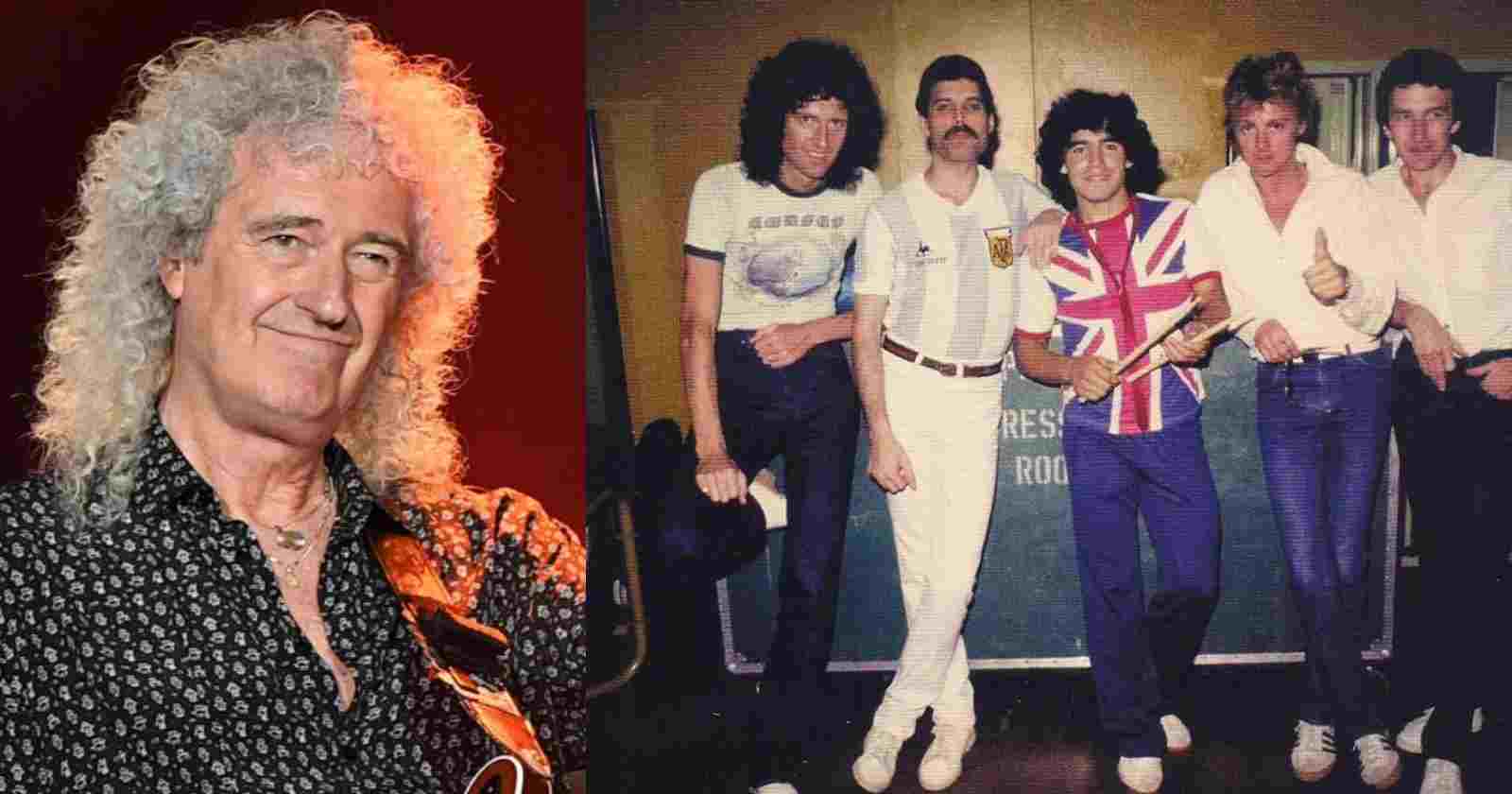 Argentinian football player Diego Armando Maradona died at the age of 60, victim of a heart attack. The athlete was known by his incredible talent and of course, his “rockstar behavior”. During his life, Maradona met several rock bands, one of them was Queen, back in 1981. Guitarist Brian May paid tribute to the player in his Instagram.

Queen guitarist Brian May reacts to the death of Maradona

“Half Angel, Half Devil, they said … and all genius. Greatest Of All Time ? I wouldn’t know. But a wonderful talent. We enjoyed spending time with him when we played Velez Sarsfield Stadium, Buenos Aires in 1981. And he came on stage with us, to a massive roar.”

“And that’s my T-shirt he’s wearing here … bless him. RIP DIEGO MARADONNA. Too young. So sad. Wish I could have got my heart specialist to him to save him like I was saved. Bri”

Back in 1981 the band played several shows in Argentina and Maradone went to see them. At the time, the 20-year-old played in Argentina for Boca Juniors and was already charmed by his showy football. Vocalist Freddie Mercury wore a shirt from the Argentine national team precisely to honor Maradona in his encounter with the athlete. In turn, the player came up with an outfit with a print from the UK, Queen’s birthplace.

Maradona took the stage after being invited by the musicians. In addition to thanking the show, the player announced the following song in the repertoire: “Another One Bites the Dust”, which he cited as “Otro Muerde el Polvo”.

Queen tour in Argentina back in 1981: