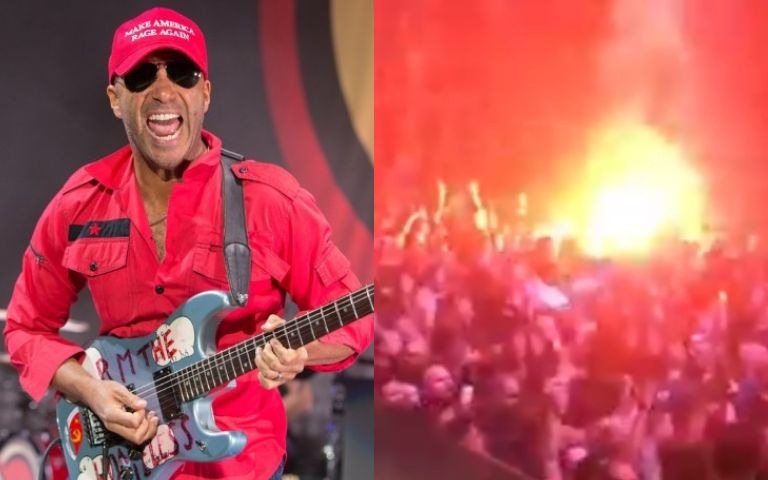 The supergroup Prophets Of Rage is touring Europe and on August 27 played in Athens, Greece.

There, the audience was amazing, and included flares and fireworks, the band played Audioslave’s “Cochise” as a way of honoring late singer Chris Cornell.

In a post on his official Instagram account that you can see below, the guy even posted a video that shows the band playing Rage Against The Machine and the audience enjoying the show with “no cell phone in sight”.

Historians have long speculated what made the Temple Of Zeus fall. Last night we glimpsed one possibility. @prophetsofrage raze Athens! #NotACellPhoneInSight

Morello declared to Rolling Stone: “We’re an elite task force of revolutionary musicians determined to confront this mountain of election year bullshit, and confront it head-on with Marshall stacks blazing.”

The band’s name derives from the title of the Public Enemy song “Prophets of Rage” from its 1988 album It Takes a Nation of Millions to Hold Us Back. To coincide with the band’s protest performance at the Republican National Convention, it released its debut single, titled “Prophets of Rage”. The band played its first live show on January 20, 2016.