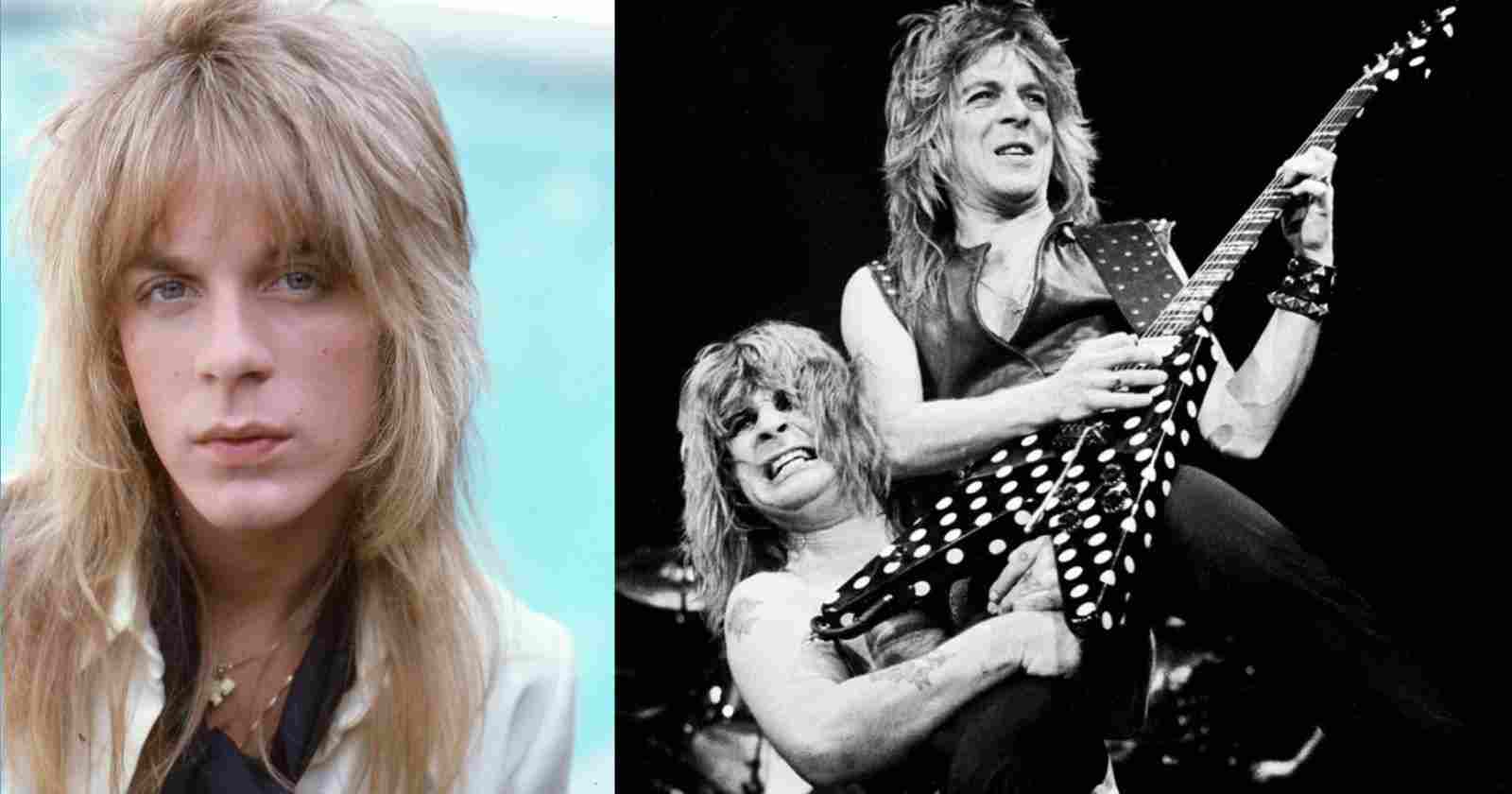 The late virtuoso guitarist Randy Rhoads, that made history on Ozzy Osbourne‘s first two solo albums, died too soon in a tragic airplane accident at the age of 25. In an interview with The Metal Voice, Max Norman tha produced “Blizzard Of Ozz” and “Diary Of a Madman” said that he heard through guitarist Jake E. Lee (That was Ozzy guitarist after Randy) that Randy didn’t want to get in the plane that killed him, but it was persuaded by Don Airey. That according to the Lee had to be on therapy for years, because he felt guilty for Randy death.

Producer Max Norman says about Randy Rhoads getting in the plane that killed him:

“I was obviously very shocked, and disappointed, and saddened… And I was sitting at the back and was asked, ‘Have you heard about Randy?’ I said, ‘No, what happened?’ And he goes, ‘He got killed.’

“And I’m like, ‘Holy shit! What happened?’ And I remember saying, ‘What is Ozzy going to do now?’ Because Randy was such a huge part of those first two records. Not only is it awful that he’s been killed, but it’s awful for Ozzy.

“And, in fact, it actually did end up being awful for Ozzy because after that it just started to slow down. He had a pretty good time with Jake [E. Lee, guitar] and I think Jake kind of worked as hard as he could, and that’s probably what you’re going to ask me next.”

I was probably like 15 years old at the time, and it was a shock. It was the first real rock ‘n’ roll hero of mine that tragically passed. It was just devastating, and to this day it’s devastating because it was so tragic.

“Yeah, it was a huge shock. And I remember I couldn’t understand it because, actually, I’d spoken to Randy about three weeks before – maybe a Ridge Farm [Studio] or something, I spoke to him on the phone, and he was saying, ‘We’re just winding up the tour.'”

“Don, I found out he’s been in therapy for many years because of that. I feel very sorry for him. At the time, I could not understand why Randy got on that plane. He hated planes, he was very, very afraid of planes. I just couldn’t understand it. And I guess Don Airey persuaded him to get on the plane…”

I think [bassist] Rudy Sarzo, in his book, said there was a struggle, Don Airey saw a struggle in the cockpit of the plane, maybe it was veering towards the bus and Randy Rhoads pulled it to veer towards the house. But I can’t confirm that, I’m just sort of trying to go for memory there.

“I went to see Ozzy sometime after that, we were working on the [1987] ‘Tribute’ [live] record and I went up to Don’s compound up in the hills there in L.A. And I was having a few drinks with Ozzy and he was saying that he saw Randy actually in the wreckage trying to get out. But I take all that stuff with a pinch of salt. I think it’s very easy for witnesses, to imagine stuff, or think of stuff. I have no idea, maybe that’s true, maybe it isn’t true, I don’t know. It’s just a horrible thing, it doesn’t really bear repeating that much. I never understood why he got on that. I can understand why Don was very upset because he felt very guilty about persuading him to get on there.”