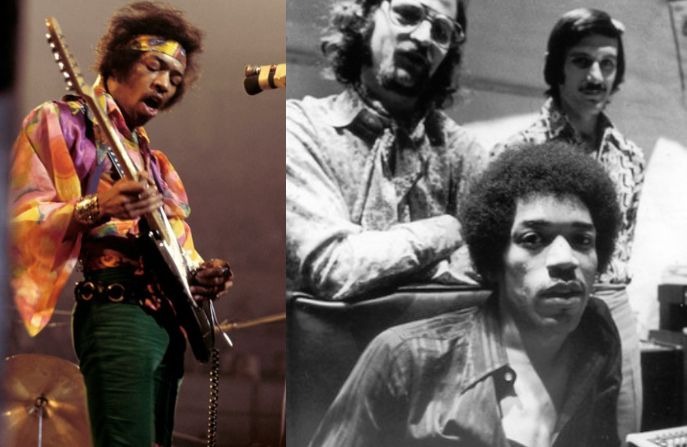 In a interview with Q104,3, the legendary producer Eddie Kramer and the filmaker John McDermott talked about Jimi Hendrix’s last studio album “Electric Ladyland” recorded in 1968. And the producer revealed why Hendrix played bass on the classic song “All Along The Watchtower”.

I want to start up by clearing up some info for me. This album was or was not recorded at what is now known as ‘Electric Ladyland’ on West 8th Street in Manhattan?

Eddie: “That is incorrect. This album was recorded – it started in England actually, at Olympic Studios in London in late 1967 early ’68.

“I moved to America, I came in to specifically continue work with Jimi. I was invited by [producer/engineer] Gary Kellgren who’d just built the Record Plant – that’s the studio 321, West 44th Street, and that’s where I landed to continue working with Jimi.

“Gary has been in the studio with Jimi for like a month or so, and then I arrived in April and we continued working.

“Some of the tracks for ‘Electric Ladyland’ were actually cut at Olympic, like ‘All Along the Watchtower’ for instance. Now there’s a story about that…”

We want to hear that story. Jimi played bass on that song actually, right?

Eddie: “He certainly did, because Noel [Redding] went to the pub and got drunk, I think.”

“Jimi wanted to build a nightclub basically – the old-generation night club. He was jamming there for about six months and the club closed, and then it was for sale, and then Jimi and his manager bought it.”

To this day, it’s an active studio, one night I’ve gone to like a Gary Clark Jr. listening party, and then the next night, like, Mumford & Sons is in there mastering their record or something.

“It is still an existing studio, it’s still one of the greatest studios in the world and it’s been going almost 50 years now.”