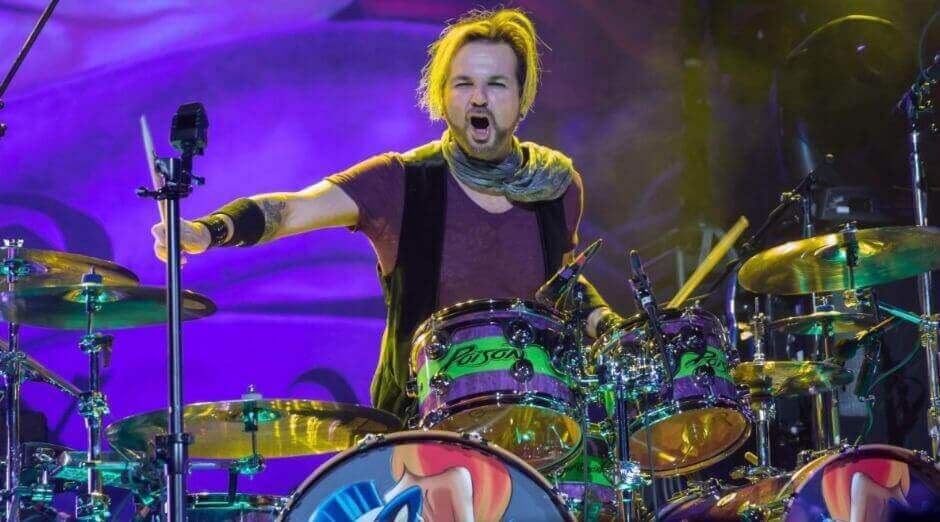 Poison‘s drummer Rikki Rockett was diagnosed with oral cancer five years ago and talked about his current health status in an interview with Eddie Trunk.

“I just had a PET scan three weeks ago, and I’ve been in remission over four years now. So I’m good. It was base of tongue with an associated lymph node, which is pretty common as far as head and neck cancers these days. HPV-related head and neck cancers usually are base of tongue. There’s a few people that I’ve sort of mentored or helped out, and manu of ’em are musicians. And HPV is pretty rampant — it really is. If you have a kid, get ’em inoculated.”

“I had a sore throat that wouldn’t go away. That was the main thing. And then I had a lymph node that was kind of sticking out. First, they tried antibiotics, and they didn’t work at all — they didn’t even touch it. So it was, like, ‘Okay, we need to do a biopsy. We’re gonna go down and scope and take a look.’ And there was a lump down there. Then, after a few weeks, it started to get hard to swallow, ’cause the lump was getting bigger — the tumor was getting bigger.”

“So I went and did the typical treatment for it, which is chemo and radiation, and it did not work. And by the way, it’s a fairly curable cancer, especially with HPV — there’s a high percentage rate of success with it, of cure. But in my case, it didn’t cure, so my options were a whole lot less.”

“My doctor told me recently — he didn’t tell me this before — but he told me recently that I had about a 10 percent chance if I would have went down the regular path. But we didn’t — we used immunotherapy, and it put it in remission in about 10 weeks. When it works, it is amazing.”