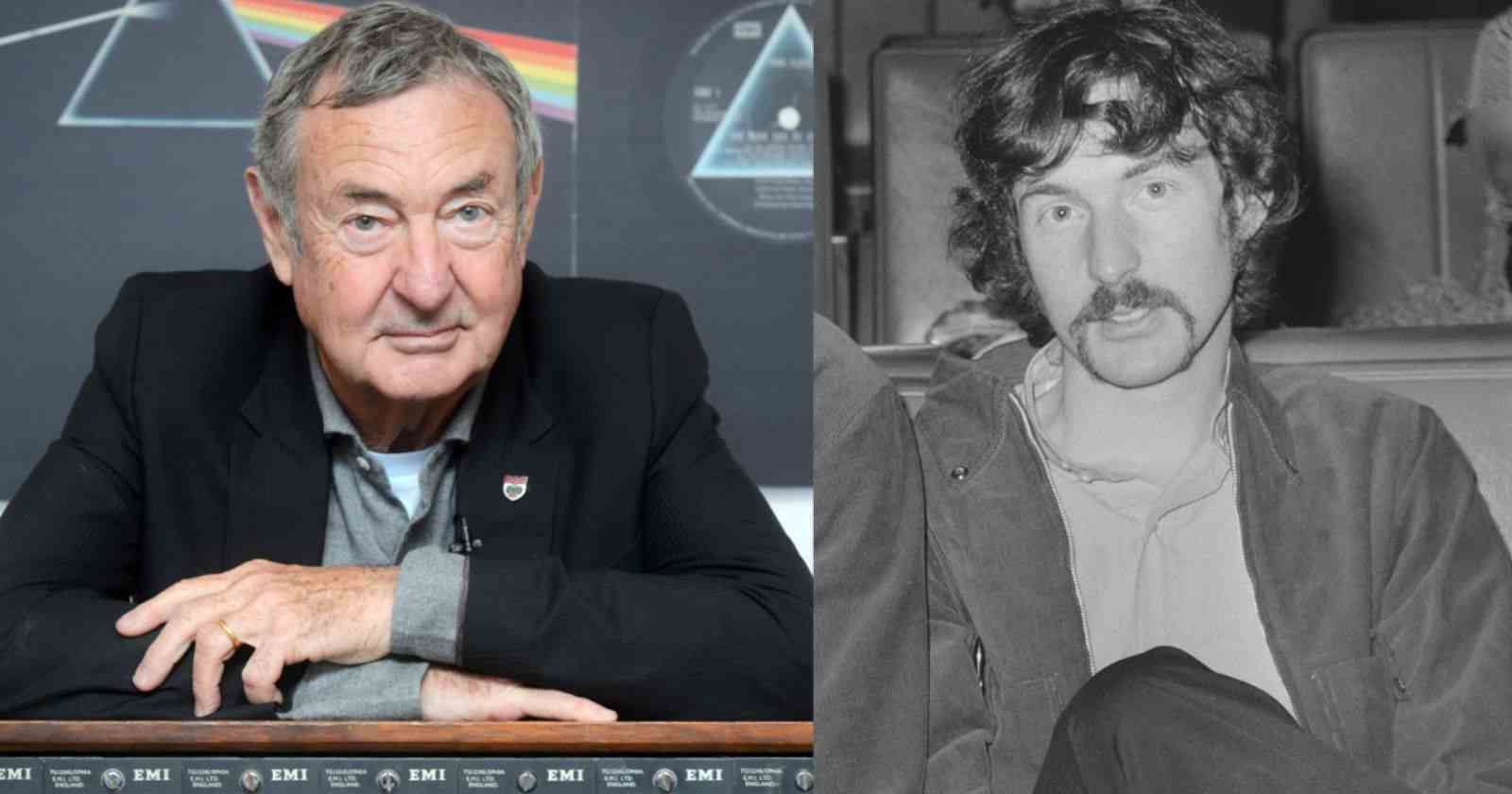 Pink Floyd drummer Nick Mason revealed in an interview with NME songs he likes to hear, recalling the first album he ever bought, the first concert he ever went to, the song he rediscovered during the quarantine period and more.

Pink Floyd’s Nick Mason reveals the songs he likes to hear and more:

The first song he fell in love with: Elvis Presley “Blue Suede Shoes”

“The beginning of rock ’n’ roll. Elvis was moving things on slightly from Bill Haley. Bill Haley was the first record I ever bought and I almost certainly bought it as a ’78 [inch LP record], not as a ’45, which shows my age!” Nick Mason said.

“That black and white picture of Elvis and ‘Elvis Presley’ in neon green and neon pink lettering, the first album he made. It had ‘Blue Suede Shoes’ on it and ‘Hound Dog, ‘Ring My Telephone’, it was absolutely stuffed with his early hits.”

“It was still a period when you bought records from an electrical shop, somewhere at the back of the shop after you’d gone past all the washing machines and fridges, there’d be a booth with records. I would’ve bought it there rather than a record store with those weird hairdryer booths.”

The first concert he saw: Tommy Steele, in Hackney Empire, 1957

“That was also suitably bizarre. Tommy Steele was headlining at the Hackney Empire and I must’ve been about 13. I was in school uniform with my satchel and went there after class. It must have been an early-ish performance. It wasn’t a full-on music thing, it was almost like music hall, there were comedians or jugglers or all sorts of other ghastly things that one had to sit through before our Tommy came on,” Nick Mason said.

The song he rediscovered during lockdown: Family “Burlesque”

“One of the things I did [during lockdown] was move my vinyl collection from London to Wiltshire because I’ve finally got a really terrific turntable set up [at my house] there. I picked up all my vinyl – there’s probably 100 different things to rediscover when you’re working through piles of vinyl.”

“But rediscovering Family, it’s partly that thing that you remember the music and you remember being friends with them at the time, they must’ve been out and about at the same time. ‘Burlesque’ absolutely brought back some memories and I love the feel of the track.”

The song that takes him back to his teenage years: Duane Eddy “Peter Gunn”

“It was the first thing I ever picked out on the guitar. I’m not a guitarist, it was possibly the first and the last thing I picked out on a guitar. Shortly after that was the beginning of putting [Pink Floyd] together. I didn’t become the guitar player because someone already had a guitar.”

“We didn’t know how to play any of these [instruments] but it was agreed that one guy had already got a guitar so that meant I had to buy something else. The last thing I needed to be was a bass player so I went and bought a drum kit,” Nick Mason said.

The song he wish to have written: Bob Dylan “Blowin’ In The Wind”

“Anything by Bob Dylan really. The greatest songwriter of all time. It was so radically different from everyone else.”

The song he can’t get out of his head: Pink Floyd “Comfortably Numb”

“If you’re recording in a studio, by the time you’ve finished the track, for the rest of that night you’re going to have it rowing through your brain endlessly. It doesn’t really matter whether it’s something you really like or something you’re just trying to find a drum part for.”

“The opening verse of ‘Comfortably Numb’ has a very, very sparse drum part so you’re always trying to… not replay it exactly, but replay it with the same weight. There are lots of beats missing from it, that’s one of the great things about it, it doesn’t immediately start up a pattern that continues throughout the whole piece,” Nick Mason said.

The song he can no longer listen to: Eagles “Hotel California”

“It’s a great song, let’s make that clear, I’ve actually recorded it for someone, this terrific tribute band called The Illegal Eagles, we recorded it for a friend’s party. But it was so popular when [Pink Floyd] were touring America that every car we got into, every radio station was playing it on repeat more or less.”

“Because we were in the car quite often for some hours, it was one of those things where you thought: ‘I really could live without hearing that song again.’ You thought the world was changing and the Eagles were gonna run it.”

The song that makes him want to dance: Sly and the Family Stone “I Want To Take You Higher”

“I’m not a keen dancer, but it would be something involving Tony Thompson or Greg Errico, who are the drummers for Chic and Sly Stone. Due to lockdown, my dancing days seem to have been on hold. Let me assure you, the one thing I’m not worrying about is getting back to dancing!” Nick Mason said.