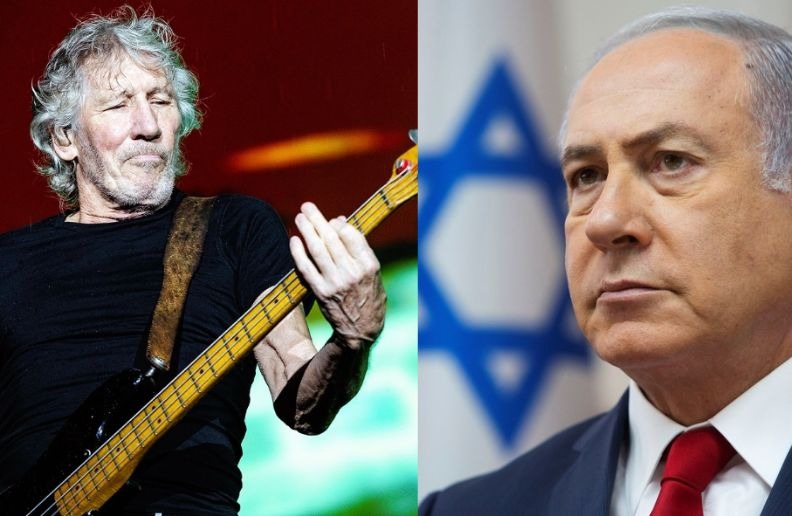 UK Pink Floyd Experience, a Pink Floyd tribute band authorized by its own members, marked a series of concerts in Israel for January 2019. The schedule drew the attention of Roger Waters, lead singer and bassist of the original band, that criticized the group’s attitude.

Waters, as is known, practices a boycott of Israel for being critical of his government. He says his stance is “similar to the civil rights struggle in the United States and South Africa before Nelson Mandela.” The musician often says his refusal to perform in the country is for political reasons, as his main target is Prime Minister Benjamin Netanyahu.

After the UK Pink Floyd Experience gigs were announced, Roger Waters said he was “shocked” by the attitude and asked the band to cancel the performances.

“I’m horrified to hear of the plans. Please do not do this.”

“Singing my songs to segregated audiences in Israel and contributing to the cultural laundering of that country’s racist government would be a disrespectful and irresponsible act. To the members: have you ever really heard the work you do for a living? “Waters said in an excerpt from the network.”

The tribute band was explained, in a note, saying it already performed in Israel in the year 2017 and that the shows were “incredible.” “Our decision to play in Israel is completely apolitical and does not criticize, nor does it support the political views of anyone involved.”

We have to fulfill our contractual obligation in Israel. However, we have changed the repertoire and will do a special show with Israeli Pink Floyd Tribute Band Echoes. We regret the inconvenience caused and we do not want to cause hatred, “the group said.

The musicians’ note also says that the proceeds from the shows in Israel will go to the United Nations Children’s Fund (Unicef). “It was too innocent to think that our reasons would not be misunderstood and misrepresented,” he added.

The shows are scheduled for January 4, 5 and 6, respectively in Beersheba, Tel Aviv and Haifa. Despite this, the dates are not included in the official agenda of the tribute band, which also deactivated their social networks.

One of the show’s producers, Ziv Rubinstein, told the Jerusalem Post that the pages on the networks were shut down because the musicians were threatened by death, something that was not officially confirmed by the band. “We know the people of the band and we know they love Israel. We talk to them and their hearts,” he said.

In The Times of Israel, the same producer said he used:

“the same ammunition as Mr. Waters: words.” “We’ve convinced them to come in. I practiced diplomacy, but it was not a political thing, we’re musicians and we need to separate music and politics.” They want to come, they’ve come before, but they were scared, for they were threatened by Mr. Waters. It’s about music and love for her – and that’s bigger than the man alone, “he said.

Ziv Rubinstein’s statements motivated another statement by Roger Waters, who disputed the claim that he “spoke to the hearts” of the musicians.

“I’m sorry that I frightened you boys, I could help you resist if you asked me to.” They suggested that I had published your numbers as revenge, but I do not even know your phone number”.

“It’s part of Hasbra, the Israeli lobby, trying to paint me as an evil bully rather than a worried human rights activist. You said you’re going to play in Israel without any of my songs”.

“Thanks for the little concession, it will not bring the dead back or end the occupation, but please spread your repertoire. I imagine you’ll have songs from Syd (Barrett), ‘Great Gig’, ‘Fat Old Sun’ and post 1985 material? Ask the Israeli tribute band to denounce apartheid during the repertoire. I hope they, just like you, do not play my songs. I cannot bear any ill will,” he said.

Watch below a video where Roger talks about Israel: