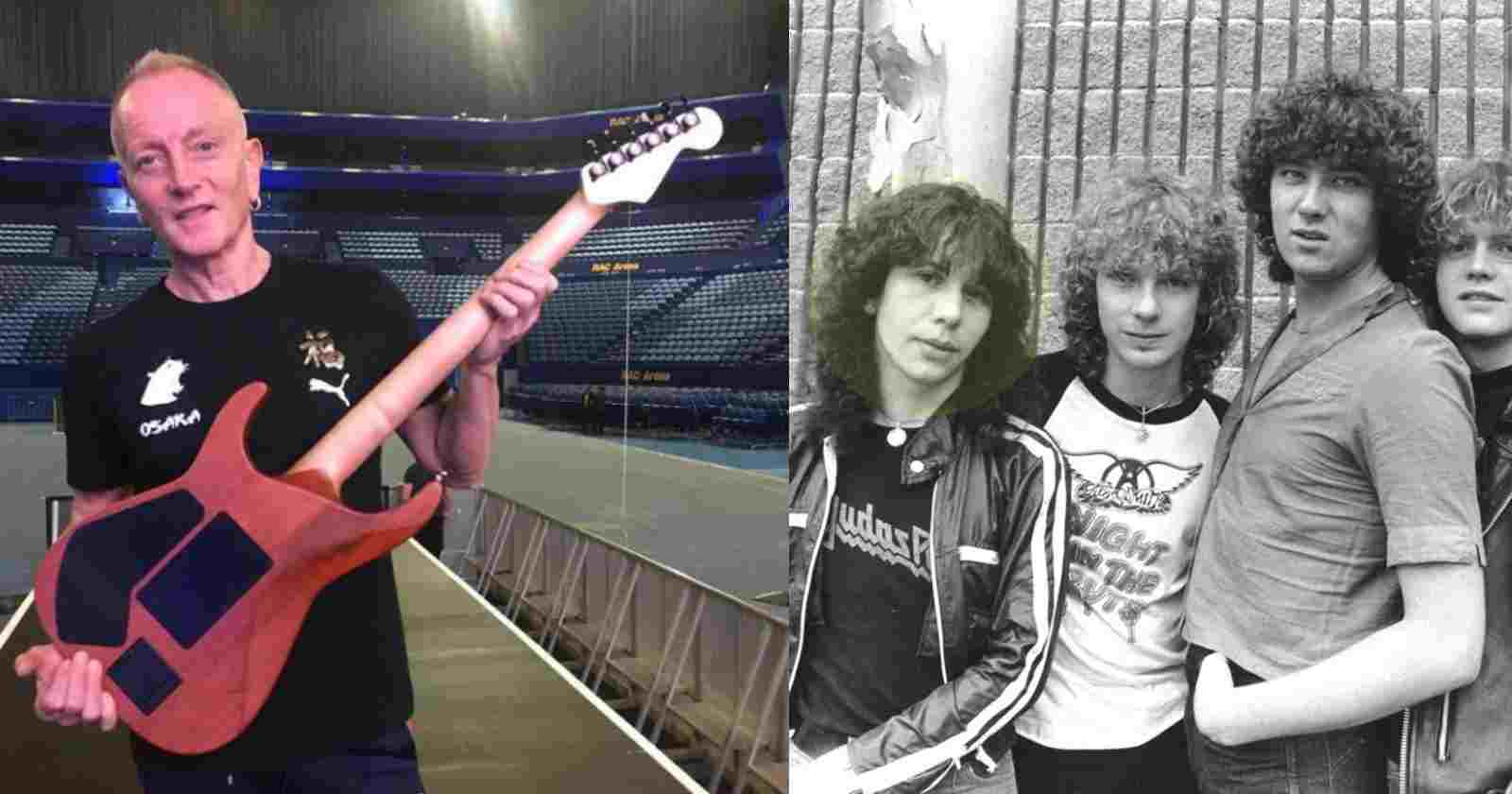 Def Leppard guitarist Phil Collen recalled in an interview with Sweetwater when he joined the band after original guitarist Pete Willis was fired due to problems with alcohol. The musician said that everything happend very quickly after they played together.

“Joe [Elliot, vocals] had phoned me a year previous and said, ‘We’re on tour in the States, touring with Ozzy, and it’s not going great with Pete [Willis]. There are some issues. Would you be able to learn 16 songs and maybe come out and help out?'”

“I said, ‘Yeah, sure.’ Then he didn’t phone back and then a week later he called, ‘Oh, no, we got it smoothed out.’ I said, ‘OK, well, no worries.’ They’re doing the next album [‘Pyromania’], all the songs are written, and it’s like, ‘Oh, we’ve actually fired Pete. It wasn’t working. Want to come down help out on the album?'”

“I said, ‘Yeah, sure.’ So I come down, I’m just playing and playing some more, singing, playing some more. Then all the fun stuff like scrapes, and leads, solos, and power chords… ‘This is great!’ Then we’re on tour. It really went that quick, and it was, ‘Oh, OK, well, I guess I’m in the band.’ No one had asked me but we went on tour and we didn’t really know what was going to happen because we just played.”

“So my first gig was at the Marquee in London and then we did a half-empty theater tour of England. Then we went to the States and it blew up, ‘Photograph’ just exploded and it was all over the radio and MTV.”

“It just started – you’re everywhere. We had a thing, it fits with the Duran Duran, it kind of fit in there. It wasn’t like just this metal band, it was a rock band that looked more like that. It just blew up and we didn’t expect that, we had no idea and we didn’t stop. And we didn’t actually have a break ’til 2010.”