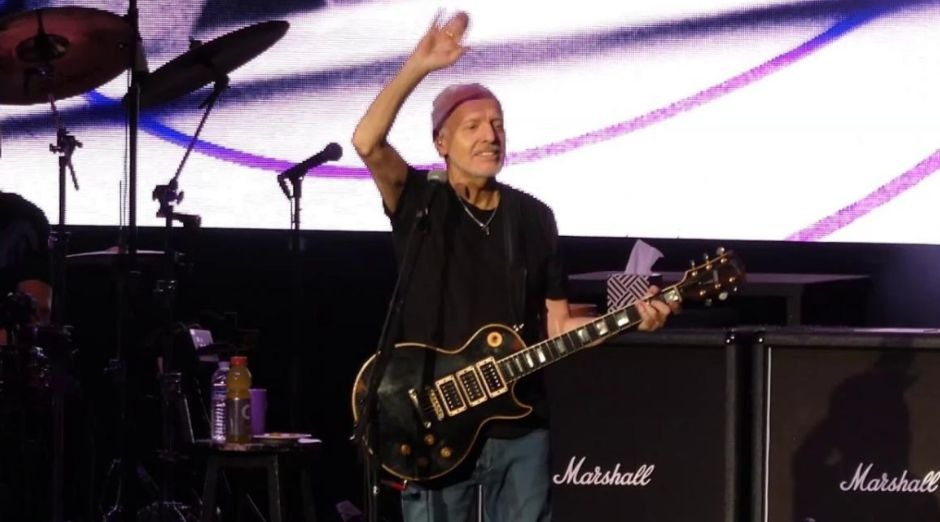 Peter Frampton ended his “Finale: The Farewell Tour” on October 12 in Concord, California. Surprisingly, his last song was not one of his big hits like “Show Me the Way” or “Do You Feel Like We Do”. Instead, he finished his performance with a Beatles song.

Frampton revealed in January that he was in the midst of a battle for a disease called autoimmune myositis. He was concerned that the symptoms of degenerative muscle disease – including weakness in the legs, arms, fingers and wrists – were on the rise, and that motivated this last tour.