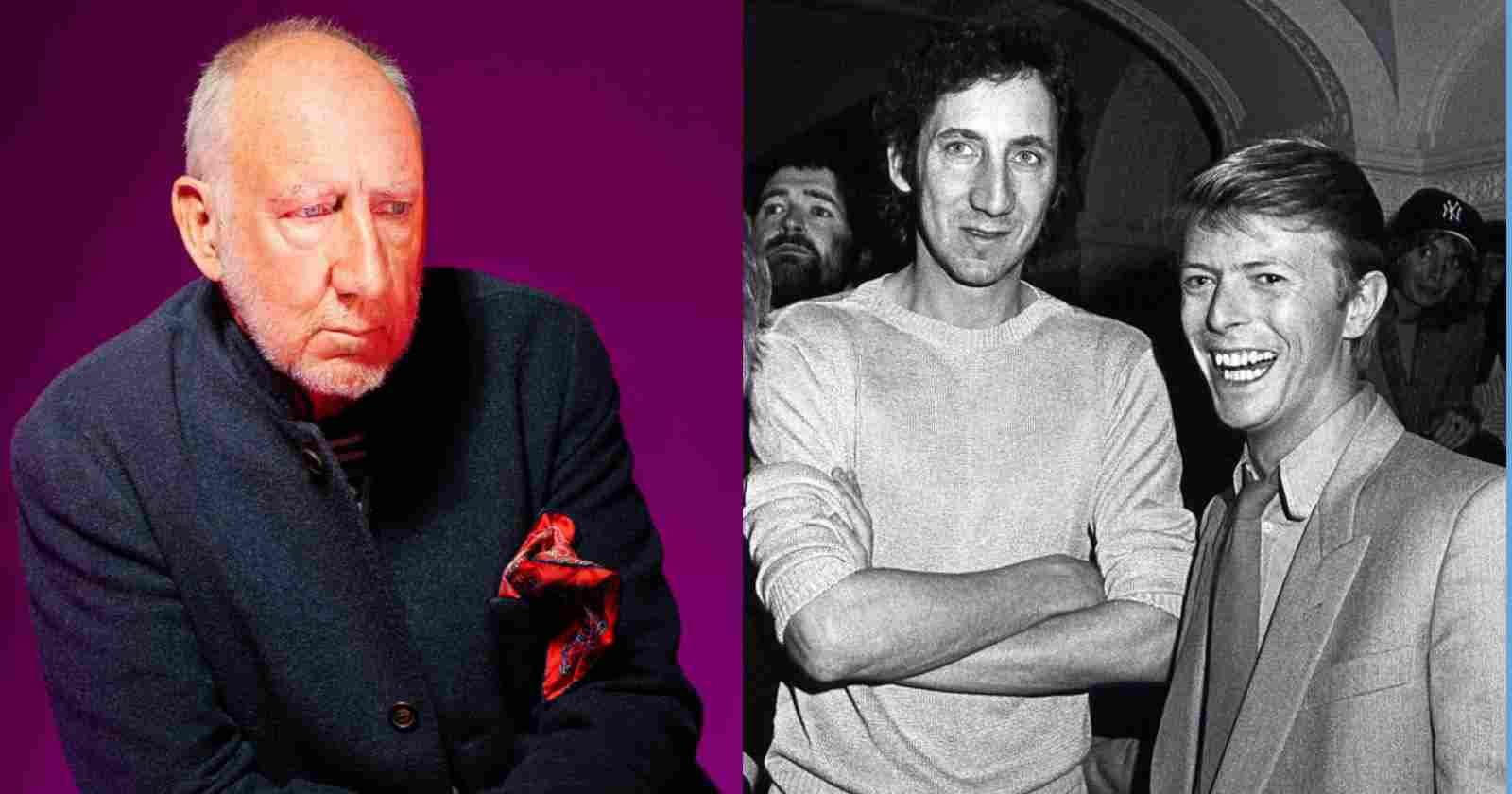 The Who guitarist Pete Townshend recalled in an radio interview David Bowie‘s death and said that the musician had a wild life. Townshend also commented about when he first heard about Bowie.

“It seems like a fresh tragedy, I have to admit. A lot of people that knew him had suspected that the illness that he was suffering was more severe than perhaps we all knew in public. Because he kind of went to the ground. [Producer] Tony Visconti was working with him right to the end, I think. Yeah, time flashes by and I think about him a lot.”

Do you remember first hearing the news that he died?

“Not really, no. I think what actually happens when that somebody’s been seriously ill is that there’s that strange mixture… You know, he was younger than I am by a couple of years anyway.”

“But when you get past your 60s in this business – in the rock business – you thank god and whatever other being you might worship for the fact that you’re still here. And I think it’s with relief in a sense that some people are released if you like in normal ways that David was.”

“When I knew him in the early days, he was what I would call incredibly hard living! He really did live high and he lived hard, and he could have been another Jimi Hendrix, Keith Moon casualty – there’s no question about it.”

“There’s no point gilding the lily here or pulling back on the facts. He was a bit of a wild man; he just was so super cool. So glamorous, and so sweet a man, so kind, and so hard-working too, so interested in the arts. Also so intelligent that it disguised the fact that underneath it all he was a filthy rock star.”

“So no, I wasn’t surprised. What I’m actually leading up to say is that I was relieved that his suffering was over. I think you know he’d been very ill.”

When were you first aware of him?

“Well, this is a weird story. I was published from about 1964 onwards by a guy called David Platts who ran a company that published people like Leslie Bricusse, and Anthony Newley, and people like that. And I was one of his first second-generation songwriters. His company was called Essex.”

“One day I was walking, I lived in Ebury Street in Victoria, and a shout came across the street from a mod looking guy with blonde hair, backcombed. This would have been probably about 1966, early ’67 – and it was David.”

“He was with his then-wife Angie, and he shouted across the road, ‘Really loved your demo of ‘Join My Gang’.’ Which was a song that I’d written for one of Robert Stigwood’s artists. I said to him, ‘How did you hear that?'”

“And he said: ‘Well, I work at Essex and I’ve heard all your demos.’ So what he’d done is – whenever I wrote a song, I would send a demo to Fabulous Music. Which was my company hosted by Essex, and he’d been through my demos and listened to all my songs, the ones I’d recorded at home. I didn’t know anything about him. Anyway, I asked his name and he said then his name was David Jones. That was my first meeting,” Pete Townshend said.