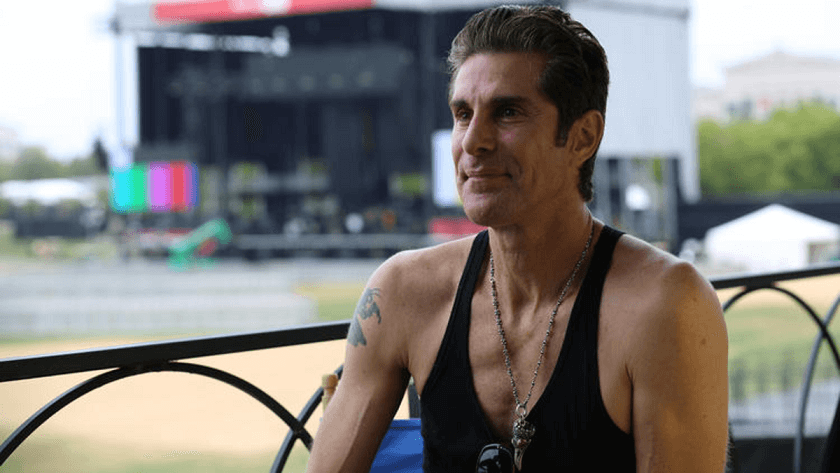 After Anthony Bourdain’s death, singer Perry Farrell shared a series of tweets talking about serious issues such as depression and suicide.

Over the past few months, the music world has lost a number of fan-favorite names because of mental health issues. In his messages, Farrell has revealed that he is in conflict and that he takes it personally.

Say a prayer for A.B. When a person takes their own life- in their final moments they are alone. Unconcealed. Without reason (for living). Such a hurtful notion. I take it to my heart. Why don’t you want to be around (us)? Don’t you know how great life could be with 1 alteration?

1 alteration… a Ha.? Sometimes the best deal you’ll ever make- is the one you never make…
Exactly why a person takes their own life? I can’t say.. I can only whisper the sublime.. King David was exalted.. He considered himself like an earthworm- compared to the Almighty. Ha.?

Forgive anyone who is in such pain as to try and remove themselves from life. In more pain than they could withstand. What I tell you is very painful to hear. Those that end their life in this way are in a place of suspension. Have not risen up yet. Around the earth they’ll roam. https://t.co/YPIna8vu83

Lock, I am the news source of the esoteric wisdom. You can take my reporting to the bank. Had a real encounter with a visitation of energy (an angel). I feel now is the time to report it to you all as she was a weary soul who took her own life. We spoke for approximately 10 mins. https://t.co/omnK5vRjGt

AVeg, The Alteration: Change our very own hearts and minds. Understanding the cosmic repercussions of our actions. Freedom= Responsible for our life and destiny. The move you never make, is sometimes the smartest move you’ll ever make. We wished she wouldn’t have; “Then She Did”. https://t.co/oQawzzCLvc

Alan, I can’t tell you where anyone goes after this life. I can tell you where the one I spoke to went because she told me. Said that she “travels the world”; and that she was “so tired”. The sound in her voice was weary. Not happy, but accepting of her actions. True occurrence.. https://t.co/g5dPrHRSHj

Kurt,
I wish and I hope and pray that they are free. As stated- I can not tell you where anyone goes. I am admitting to you today, that this is where she said she is. And by her description she was in camp. She used the plural “We” when she began speaking. I was simply listening. https://t.co/h2lTgaY9VP

Thank you Adam, I meditate on that night- every day of my life. Took place in 1993 I believe? I did not take note of the exact day. Will ask my sister. Called her. There’s record. The impression is algorithmic. Secretive at first- now I think it’s to be shared.
Try to understand. https://t.co/lwZakSGHpQ